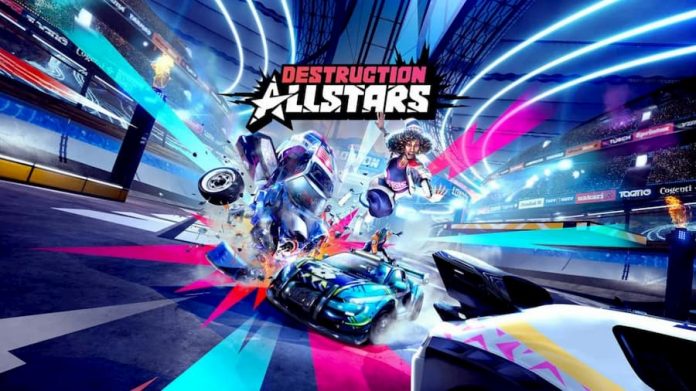 One of Sony’s PlayStation 5 launch titles has been delayed until 2021 less than three weeks away from the console’s release.

Announced today on the PlayStation Blog, Destruction AllStars is now scheduled to arrive in February 2021. It was supposed to be launching next month alongside the PS5.

A vehicular combat game, Destruction AllStars is about causing mass destruction in any means possible. Maybe you’ll be behind the wheel of your own vehicle, crashing into anything you can. Or perhaps you’ll be in the arena on foot, putting your parkour skills to the test.

Destruction AllStars can be played in single-player against the CPU or against other players by taking the action online. There are 16 ‘AllStars’ to play as in the game, each with their own abilities to be mastered. The game’s 28 vehicles are all different too, adding some variety to the proceedings.

It sounds like fun, especially in multiplayer. Sadly, we’ll now have to wait a few months longer to get hands-on with it. The upshot is that when the game does release, it’ll now be free to PS Plus members. It’s the first confirmation of PS5 games being available on PS Plus – and will likely be the first PS5-exclusive game to be added to the service.

It is something of a blow to PS5’s launch line-up though. The remaining first-party exclusive titles coming PS5 at launch are: Astro’s Playroom, Demon’s Souls, Marvel’s Spider-Man: Miles Morales and Sackboy: A Big Adventure.