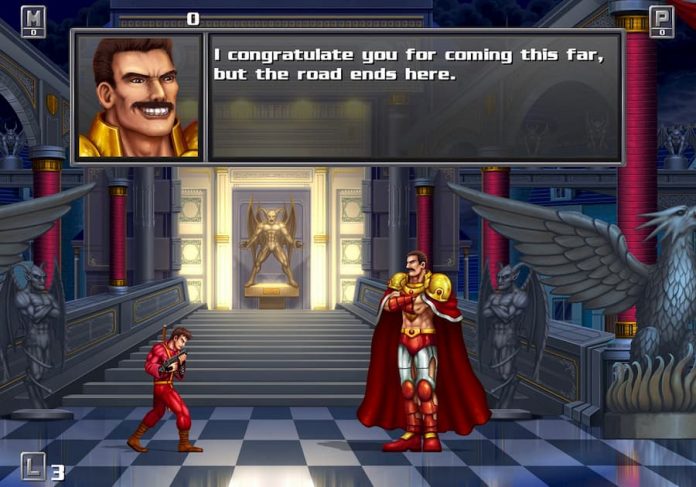 Honestly though, it doesn’t matter, as Shadow Gangs, the game they’re both featured in, is an old-fashioned arcade affair where the who’s, what’s and how’s will be the last thing on your mind. Although you might wonder why its main villain looks like a jacked-up Freddy Mercury. I’m still thinking about it now.

For anyone that has played the original Shinobi, Shadow Gangs will feel rather familiar. To say it’s been inspired by it would be an understatement; think of it more as an unofficial sequel. The crux of it is that your family has been kidnapped by the Shadow Force crime organisation, and it’s up to you, Dan the ninja order master, to save them. Cue an adventure that spans over ten levels and six bosses, spread over multiple missions.

As Dan, you move from left to right in each level, throwing ninja stars to take down enemies as they approach from in front and behind you. Just like Shinobi, there are some harder foes that stay rooted in place, throwing their weapons at you like boomerangs when you get close. They also guard fellow ninjas, which you are required to rescue along the way. Reach the end of the level with all ninjas located and freed and you can progress to the next. It’s simple stuff.

There are some complexities, however. Some enemies will block your throwing stars, for example, making it necessary for you to try and catch them when they’re unprepared, or get in close and whack them with a melee attack. And of course, the further you get into the game, the enemies become more elaborate with their attacks. The levels themselves become filled with more dangers, too, such as bottomless pits. 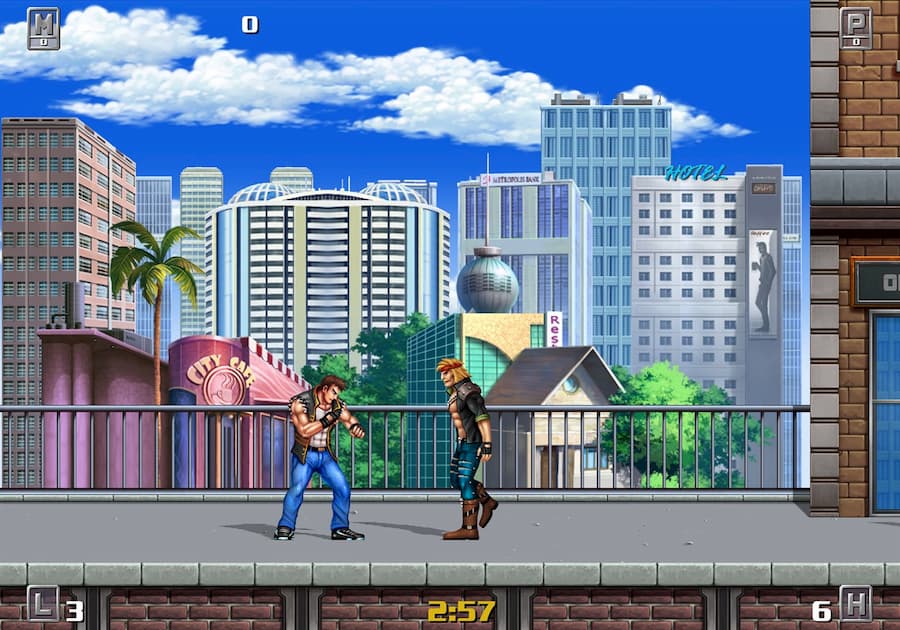 Thankfully, you have some fancy tricks up your sleeve to make things a little more manageable. With the push of a button you can lay down a mine, which helps with those pesky enemies who sneak up on you – more of which can be picked up by destroying strange orbs you sometime come across. Other helpful items and upgrades can be obtained from those orbs, too, including one that fully dons you out in ninja attire.

When dressed as a badass ninja, your throwing stars are replaced with a sub-machine gun for some reason; it doesn’t seem very ninja-like, but the extra damage it brings with it means I won’t complain. More importantly, you also gain access to powerful magic that can clear a screen of enemies in one fell swoop. And who doesn’t like doing that when they’re backed into a corner?

In following Shinobi‘s example, between each level Shadow Gangs also presents players with a minigame played from a first-person perspective in which they have to take down enemy ninja running across conveyor belts. There are some differences though, such as the minigame ends if one of the ninja manages to pick up and escape with an orb, and you’re using a gun rather than throwing stars.

Bosses are perhaps the highlight of the game, and you’ll find them lurking for you at the end of each mission. Shadow Gangs isn’t an easy game, not by any stretch of the imagination, but bosses take the level of challenge up a notch. Until you’ve learned their attack patterns you’ll die, die and then die again. Once you’ve got them figured out though, they’re not bad at all, and very rewarding to defeat. 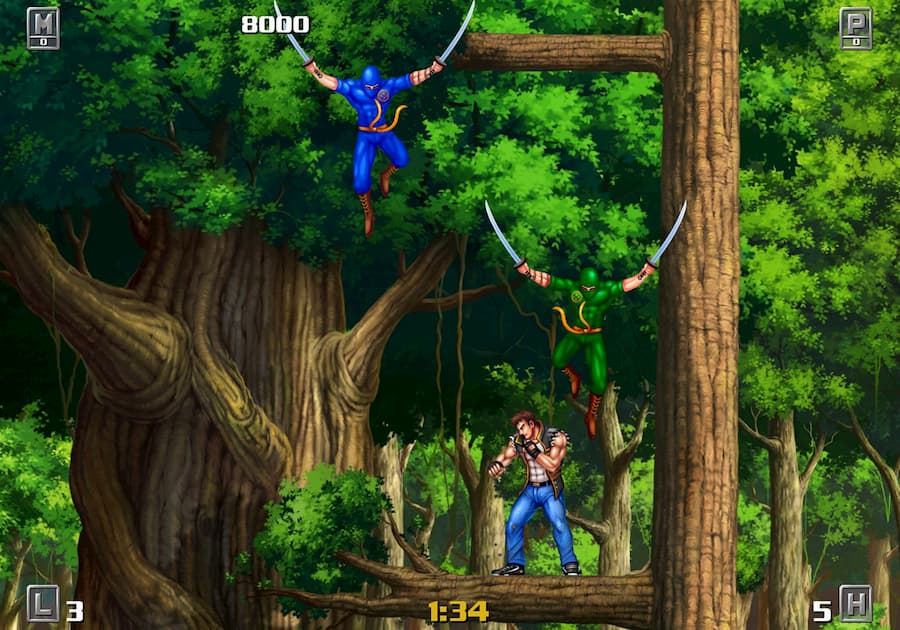 I should mention that there are multiple difficulty levels available in Shadow Gangs if you want to make the experience easier or harder, though lives and continues are limited whichever you choose. And once you’ve completed a mission, the next becomes available from the mission select feature via the main menu, so you don’t have to complete Shadow Gangs in one sitting.

Aside from being very derivative of Shinobi, Shadow Gangs does some issues that bring its gameplay down a little. Enemy placement can be problematic at times, making some sections of the game feel cheap rather than challenging, especially when combined with inconsistent checkpointing. You need to beat each level within a set amount of time, too, and in some levels the clock can feel too stringent.

In the grand scheme of things, Shadow Gangs is an accomplished reimagining of a seemingly forgotten series. While its gameplay is rooted in the past, the visuals have modern-day sheen – Shadow Gangs‘ HD sprites really pop out of the screen, and the environments are both varied and detailed. It’s far from perfect, but there’s plenty here to delight any classic Shinobi fan.

Shadow Gangs is available on Xbox One and PC. We reviewed it on Xbox One X with a code provided by the game’s publisher. 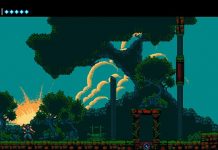 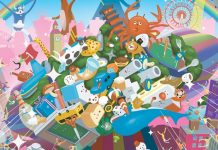