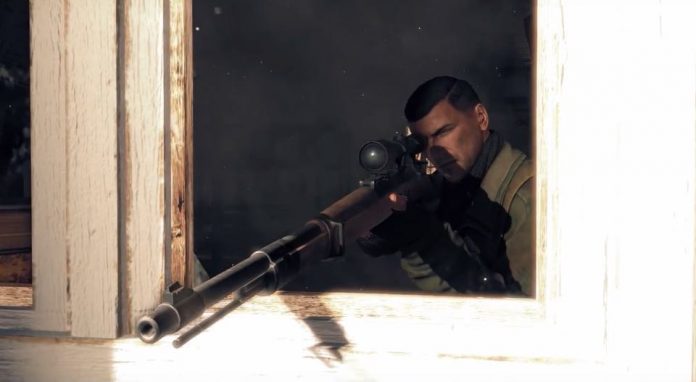 Look down your sights because Sniper Elite 4 is on the way to Switch.

Rebellion has recently announced that its tactical shooter Sniper Elite 4 is headed to Nintendo Switch on November 17th.

The epic title combines both stealth action and sniping freedom. It takes place on huge maps that allow players to fully immerse themselves. There’s a reason why it is the series’ most widely acclaimed title.

In the game players will explore WW2 Italy and help the resistance fight back against their enemies. The game features advanced ballistics, X-Ray kill cams, melee and explosive takedowns and loads of ways to strategise. It also has players utilising WW2 weaponry like sniper rifles, pistols, SMG’s, traps and grenades.

It’s up to you to upgrade and customise your character how you want to help you defeat all manner of bad guys.

The game will have both co-op and multiplayer modes available via local and online play. Specifically for the Nintendo Switch version to the game is: motion aim controls, HD rumble support, pro controller support and local wireless multiplayer.

Look out for Sniper Elite 4 when it lands on Nintendo Switch next month.