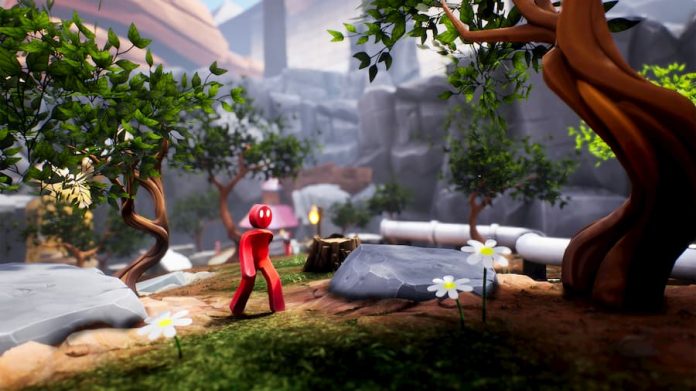 It calls itself a “first-person metroidvania puzzle game”; “a mix between Portal, Zelda and Metroid”. It’s not lying – Supraland clearly has influences of all of those, but it’s very much its own beast. A tiny sandbox kingdom decorated with LEGO bricks, pencils, erasers and more, you take on the role of a stickman trying to save his kingdom. You see, you’re from the red kingdom – but the people from the dastardly blue kingdom are threatening your livelihood.

So off on a quest you go to reach the blue kingdom and confront them. Except many obstacles stand in your way, and you’ll have to explore, fight and solve puzzles to get to where you need to go. Nothing in Supraland is straightforward, and you’ll learn that very quickly. But you’ll also learn that this is a very clever game packed with ingenuity and wonderful ideas.

What makes Supraland so special, however, is that fact that it’s been created by a team of just two people. Alexey Boyko is responsible for the 3D modelling, while David Münnich has done… just about everything else. It’s his idea, he’s programmed the game, designed the levels, and much more. That’s seriously impressive. Especially when you see Supraland in action. Describing it really doesn’t do it justice; it’s beautiful.

Graphically, Supraland is very impressive – at least on Xbox One X. You can see for days in the distance; environments are sharp and well-designed, and elements that make up levels are cleverly placed and wonderfully animated. Simply poking around its world, broken up into clearly-defined zones, is a joy. There are plenty of secrets to uncover, and if you want to get the most out of the game, you’ll want to uncover as much as you can. 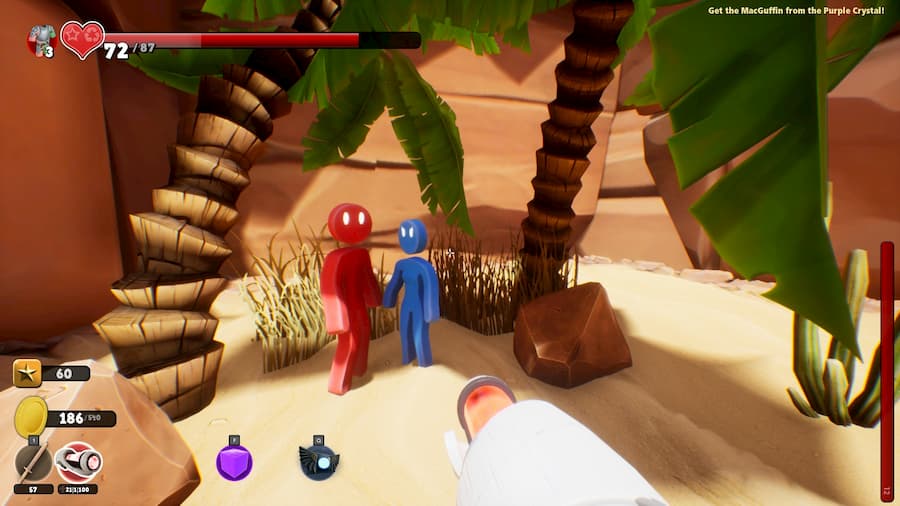 But even if you aren’t interested in seeing what lies around that hidden corner, following Supraland‘s story through to its conclusion will challenge and engage you enough. Puzzles are at the forefront of the game, and while they start out fairly straightforward, they soon become more taxing. Or at least appear to be more taxing. Often, the solution is staring you right in the face – an NPC nearby might have a hint for you, or checking the environment might reveal something obvious. Sometimes, it’s simply a case of remembering what abilities you have. The solutions to every puzzle in Supraland are always right at your fingertips.

Your abilities start out basic, but as you progress you’ll unlock more. A simple sword makes up your arsenal, but you’ll eventually get a gun, which will get upgraded as you play. Your combat stats will also get upgraded, too, as will your ability to jump, and some useful magic abilities – like creating a glowing box. You’ll find some upgrades in hidden chests, but most of them you’ll have to buy – you’ll even have to buy the ability to carry more coins. Thankfully, coins are abundant, and you’ll never have to look far to gather the amount you need. 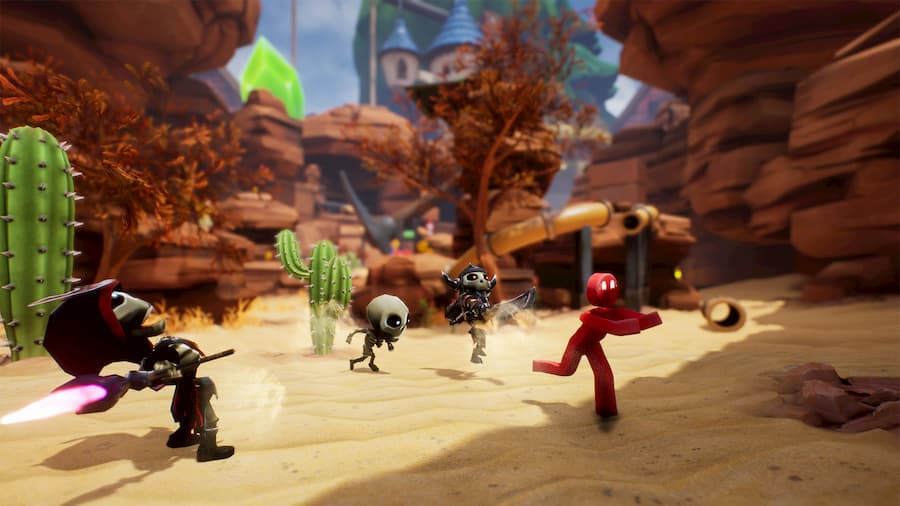 At times, it does feel like Supraland tries to take on too much. Its puzzles are all-involving, but you also need to keep exploring your environment and defeat enemies. The combat is perhaps my least-favourite part of the game and detracts from everything else. It claims to want to be a fast-paced shooter in the vein of DOOM or Quake but lacks the mechanics to follow through with it. In the end, enemies feel more like a nuisance than a threat; when one appears as I’m trying to figure out a puzzle I merely sigh as I get distracted from what I was doing.

But it’s a small complaint. Supraland pushes boundaries to try to create something unique, and for the most part, it succeeds with gusto. It’s a game where you really feel like you’re exploring someone’s imagination; a hodgepodge of wonderful ideas that combine together well to create a delightful experience. Its combat may feel superfluous, but its excellent puzzle design and beautiful world more than makes up for it.

Supraland is available on PC, PS4, Xbox One and Switch. We reviewed the game on Xbox One with a code provided by the publisher.