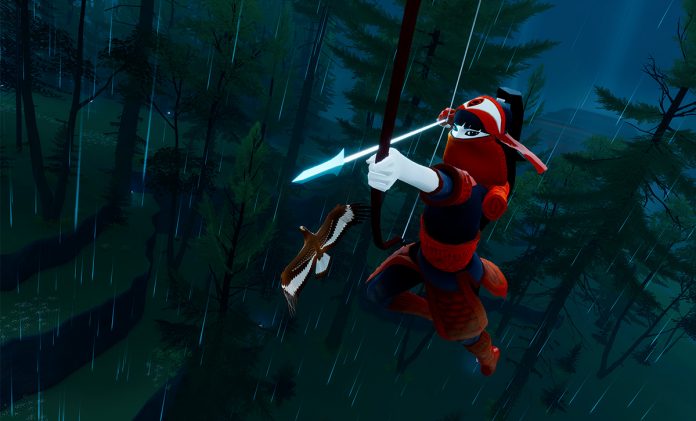 Glide through the skies with your eagle in The Pathless.

Giant Squid and Annapurna Interactive have revealed the release date for their upcoming title The Pathless. The game is set to launch on November 12th; the North American launch date for PS5. It’ll also be available on PS4, PC and Apple Arcade on the same day.

Developed by the studio behind Abzu, The Pathless sees players take on the role of the Hunter, a master in archery. They’ll travel across a beautiful landscape, dispelling darkness that threatens to take over. Players can expect to form a strong bond with their eagle companion who has its own set of powerful abilities.

Players should also expect to solve puzzles and have their skills tested in numerous epic battles.

A gameplay video released earlier this summer gave us a good look at what to expect from the game. You can watch that here, and a brand new short trailer below gives a glimpse of the Hunter in action.

Publisher Annapurna Interactive has one heck of a track record (What Remains of Edith Finch, Telling Lies, Sayonara Wild Hearts) so The Pathless should be one to look out for. If you’re picking up a PS5 on launch day, make it one of your first next-gen titles. Otherwise, pick it up on PC, PS4 or Apple Arcade.

More information, and a host of beautiful screenshots, is available on the game’s official website.