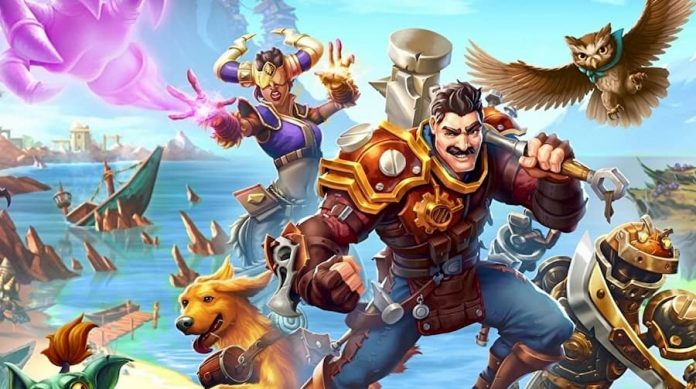 Right from the get-go, Torchlight III is an impressive action RPG in terms of its gameplay. It seems almost unfair to compare something like this to a behemoth like Diablo; one is developed by Blizzard, one of the biggest games studios in the world, and the other is developed by Echtra Games, an independent studio with less than 50 employees. But Echtra is headed by Max Schaefer, the co-creator of the original Diablo (and Torchlight), so that comparison comes naturally.

And for a game from a small studio, Torchlight III feels incredibly accomplished. Heck, regardless of the size of its studio, it’s accomplished. It looks beautiful, its characters are well voiced, it has an excellent loot and skill system, and, most importantly, it’s a lot of fun to play.

The character classes on offer here are unique, standing out from the usual brute/wizard/warrior classes you’ll find in similar games. Sure, there’s a bow and arrow-wielding Sharpshooter, and a magic-imbued Dusk Mage, but there’s also a Railmaster, a heavy-hitting character who can command a train, and Forged, a sword-and-shield wielding robot. Equipment you find as you play changes the appearance of each character; in most cases it’s subtle, but it’s a particularly nifty touch in the case of the Forged character class. New body parts can completely change how it looks, going so far as to replace its four spider-like legs with wheels or tank-like tracks.

Playing Diablo III, you instantly feel like the game’s story is merely a prelude to the endgame. But Torchlight III doesn’t feel like that. While the story itself isn’t at all interesting, the actual campaign is robust, and playing on Normal, the recommended difficulty to start out on, offers a welcome challenge. Enemies put up a decent amount of fight, and as you level up, you’ll need to employ a range of your skills to successfully dispatch hardier elite foes. 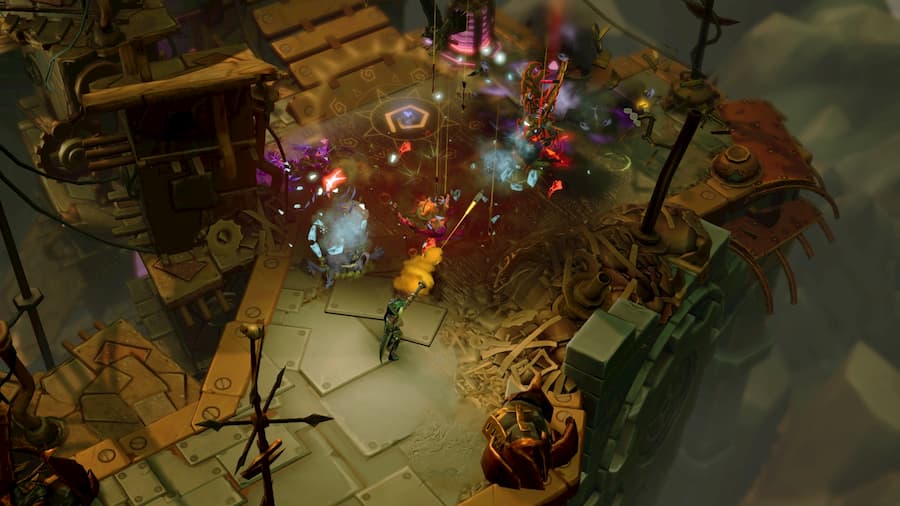 You don’t feel like you’re simply going through the motions, waiting for the ‘real’ game to start. Perhaps that’s down to Torchlight III‘s excellent pacing; missions are succinct, but you also have the freedom to explore wider areas if you wish. You never feel herded from one area to another, allowing you to go at your own pace. If you want to rush from mission to mission, that’s fine. But if you’d like to fight as many enemies as you can in between, hunting down extra loot and extra experience, the option is always there.

There’s a downside to that, however. Once you’ve finished Torchlight III‘s campaign, your endgame options are rather limited. In a nice touch, new features open up to you once the final boss is downed: items start dropping with slots, allowing you to enchant them with a new stat. You can also break down unwanted pieces of equipment for essence, which is used for this enchanting process. But there’s only really one thing you can use your newly-enchanted items on: Fazeer’s Dun’djinn, a series of challenge levels.

The Dun’djinn is an ever-progressing series of dungeons to work through, each giving you a random perk and debuff. For example, maybe your chance to find loot might be increased by 50%, but in return, enemies will have more health and be able to inflict more damage. These effects can be more random too; perhaps you’ll have to complete a dungeon while zoomed in closer to your character, for instance. Each time you jump into a Dun’djinn, you’ll be able to choose one of three sets of effects and, if you’re successful at beating the dungeon, you’ll then progress onto the next level. Fail, and you’ll lose a bit of progress, with checkpoints applied between every few dungeons. 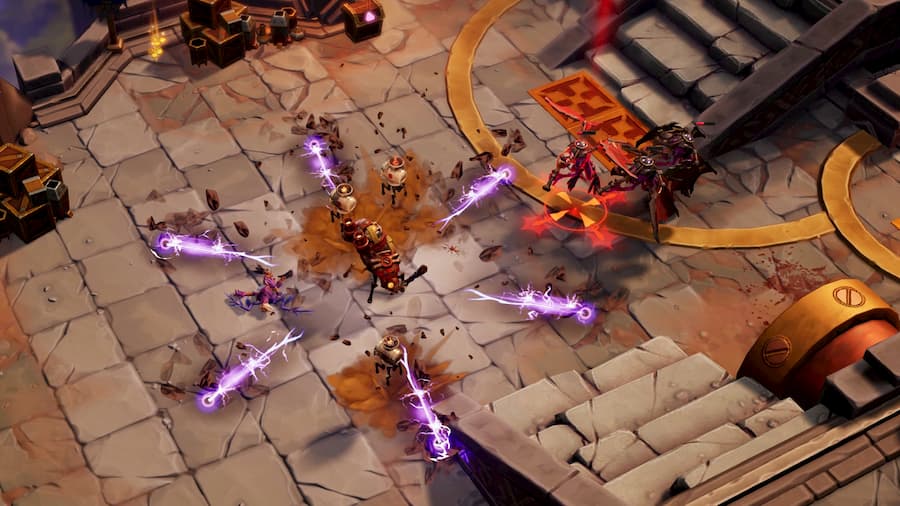 Of course, after you’ve completed Torchlight III’s main campaign, you’re also free to wander its maps at will. They’re always filled with enemies, and you’ll come across mini-bosses by exploring too. But without any challenges or quests to work towards, this feels rather futile, so Fazeer’s Dun’djinn is really the only option you have. While some of the dungeon effects add a twist to gameplay, it’s not enough to keep them fresh for long. Hopefully Echtra Games look at adding in further endgame options as an update at some point, because as it stands now, there isn’t much to look forward to once you’ve finished the campaign.

The upshot is that Torchlight III‘s campaign is rather meaty. It’ll take you around 15 hours to complete, give or take a couple of hours depending how much exploring you want to do. You’ll get through it much quicker if you run from objective to objective, but if you take your time to clear areas, engage in Phase Beast encounters – a type of enemy that often leaves a portal to a boss battle when defeated – and spend time looking for loot and cellars to poke around in, there’s a lot to enjoy.

It also helps that Torchlight III looks wonderful. It’s a huge step up from Torchlight II; its art style is much less cartoon-y, and there’s much more fidelity to environments. On the subject of environments, they’re incredibly varied, ranging from waterlogged docks, to mysterious forests, to spider-laden caves. Each area has its own feel, and they’re inhabited by their own menagerie of enemies (although some types will, of course, pop up in multiple areas). Torchlight III‘s world is a joy to explore thanks to how wonderful it looks. 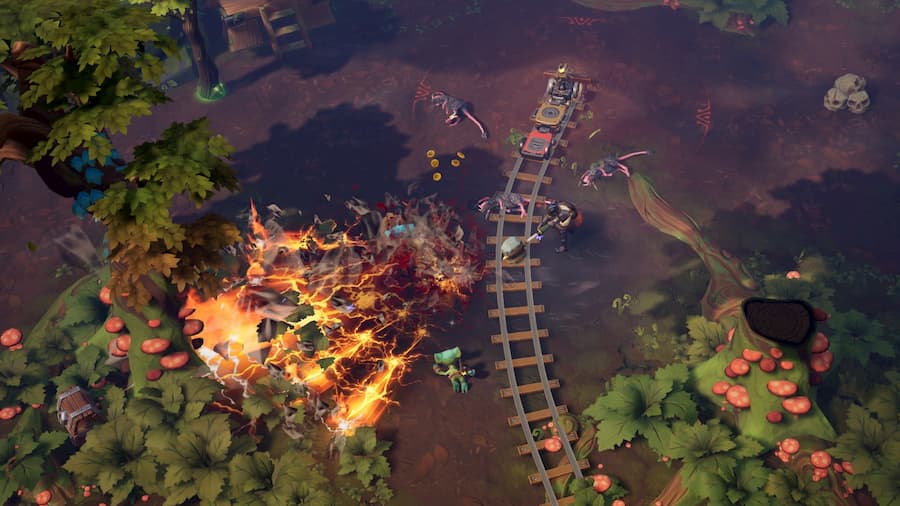 Loot plays a big part in Torchlight III, of course, and it’s something there’s no shortage of. As you’d expect, it’s colour-coded depending on its rarity. On Normal difficulty, Legendary items are rare, at least early on in the game, which makes it extra-special when one does drop. As you level up, you’ll constantly find better pieces of equipment, so you’ll frequently be in your menus, tinkering with your character’s build. Inventory space is at a premium, though, so you’ll need to be selective about what you keep, or make frequent trips back to town to sell everything you don’t want. You have 20 storage slots of your own, and can offload 20 items onto your pet (yes, you get a pet companion!). Those 40 spaces don’t go very far, though.

Each time you level up, you’ll get a new skill point which can be spent on a skill of your choice. You can unlock a new skill with just one skill point, or you can choose to level one up, making it more powerful. A wide range of skills are on offer, influenced by the character class and relic you choose when starting the game. There are active and passive skills, some of which will benefit particular weapon types, and many work together to create effective synchronicities. It’s difficult to put too much emphasis on a particular build type in the early game – typically, your focus will be on becoming as powerful and as hardy as possible – but there’s a lot of scope for specific builds by utilising harmonious skills and equipment in late game play.

There are some mis-steps in Torchlight III‘s design that give us pause, however. While the game supports online multiplayer, this is separate from the single-player experience. You need to decide if you want to play with other people or by yourself before you start; you can’t switch the same characters between the game modes. Considering how easy it is to play the same character online, offline, or in split screen in Diablo III, it’s a frustrating choice. You can play your multiplayer character without forming a party with others, effectively playing solo, but you need to be online. Lose internet connection, and you’ll not be able to progress. There’s also no couch co-op in Torchlight III, which is an unfortunate omission. 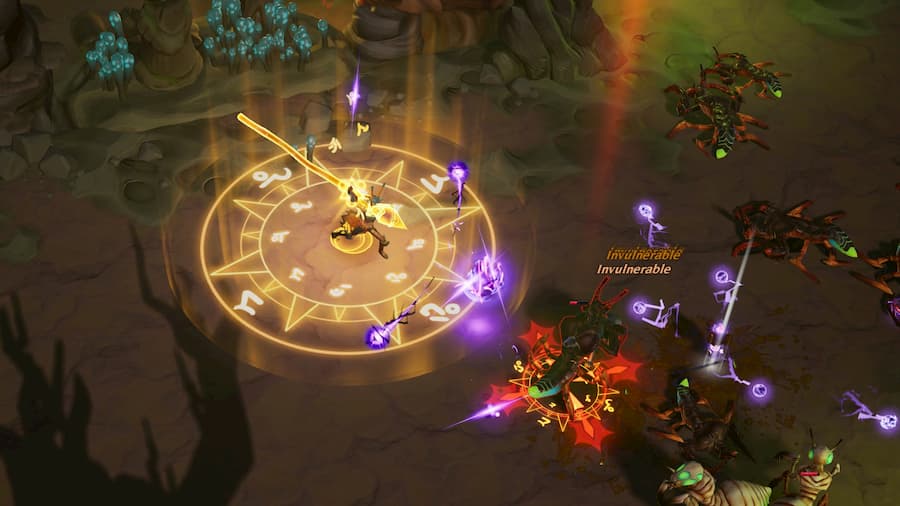 We’ve also encountered numerous small bugs in Torchlight III during our 20+ hours with the game. Warp points frequently don’t take us where they should, menus sometimes freeze up, and we’ve occasionally got stuck on the scenery, needing to warp elsewhere to continue playing. Granted, none of these are game-breaking issues, but they are minor frustrations that prevent you from being as immersed in the game as you should.

But as annoying as those issues are, there’s no denying the actual gameplay of Torchlight III is a joy. Very few – if any – Diablo-likes have been able to grab our attention like Torchlight III has. It’s just a real shame that the weak endgame offerings means your desire to keep playing screeches to a halt fairly quickly. But if Echtra Games adds in further content at a later date, it’s something we’d be keen to rush back into.

Torchlight III is available on PC, PS4, Xbox One and Switch. We reviewed the game on Xbox One X with a code provided by the publisher. 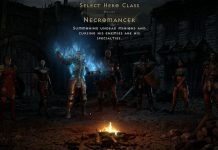