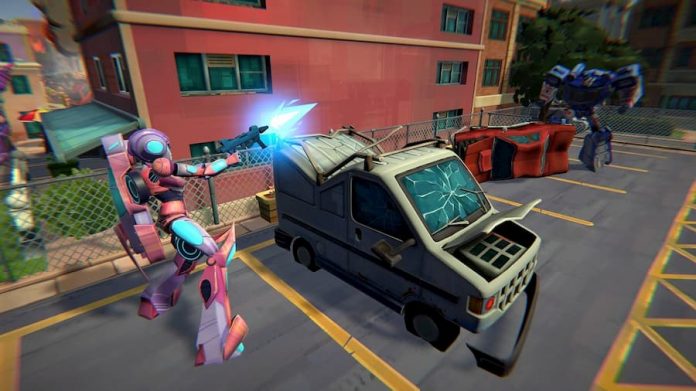 Turn-based strategy may seem like a strange genre for a game aimed at kids, but it works in the case of Transformers: Battlegrounds.

Earth is being invaded by Decepticons, keen to get their hands on the AllSpark. But the Autobots, being the good guys that they are, are fighting back. And so begins a familiar Transformers story, though one in which you’re drafted in to help the Autobots as their commander. You’re the brains of the operation, and the Autobots at your disposal are the brawn.

Unfolding over a number of acts, Transformers: Battlegrounds‘ story may not be original, but it is at least engaging, whether you’re a keen Transformers fan or not. It helps that there’s not too much of it – many games of this ilk drown their players in needless exposition. The focus here is on the strategic action, which is simple what with it being a game primarily aimed at kids, yet there’s just enough depth to entertain players of all ages.

Each one of Transformers: Battlegrounds‘ acts consists of numerous missions, in which you need to outwit and outmanoeuvre your Decepticon opponents. At any one time you’ll only have three units to command, but there’s a decent range of Autobots to choose from when putting together your team at the start of a mission – at least once you’ve made some progress into the game, anyway. And you’ll find that they’re split into three distinct classes: scout, brawler and support.

Battles play out as you’d expect. You move your units and perform actions as you see fit, then your turn is over. Following that, the computer moves and performs actions with its units. The small scale of these battles, however, means that they play out at a brisk pace; rarely do you find yourself growing tired, waiting for the enemy to finish their actions. And if it does ever occur, there’s a handy fast-forward function to alleviate it. 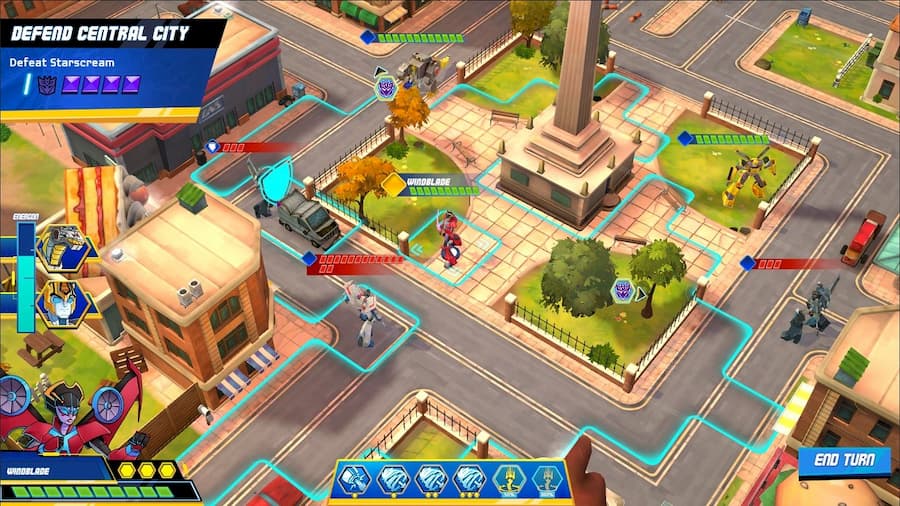 Missions are often split into two parts, with the first generally being to reach a set location, or eradicate the bog-standard Decepticons in the area. Once that’s done, it’s not unusual for a well-known villain to appear, perhaps even with backup, and a full-on fight commences. These are where Transformers: Battlegrounds really shines – victory in these boss battles is much sweeter than wiping out a small army of small fry.

An Energon gauge primarily charged by performing actions and ending a turn with unused action points also powers a range of special skills, unique to each Autobot. When available, these can be used regardless of whether an Autobot has used up their given action points in a turn or not, making them very useful to get out of a tight spot, or to make a decisive strike.

Thanks to the limited number of units involved in each battle, you can think of Transformers: Battlegrounds as “my first turn-based strategy game”. The lack of deep character development also reinforces this. It’s not devoid of it entirely though; while there’s no levelling up your units or any equipables to be found that enhance their abilities, points earned by being victorious in battle can be used to buy additional skills. It’s just a shame they need to be swapped into your moveset rather than simply being added to it. 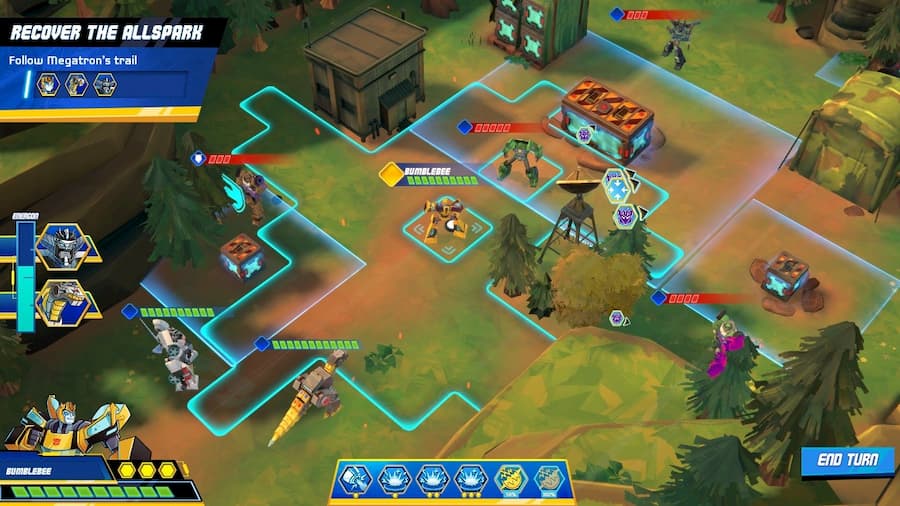 Outside of Transformers: Battlegrounds‘ main campaign, which most players should be done with in around six hours, there’s an arcade mode that also allows for local multiplayer. Turn-based battles between a single player and the CPU can be easily set up, or two players can go head-to-head if they like. Even co-op is an option. And there’s a decent range of objectives to choose from, including capture the flag and horde.

Aside from its simple nature, the only thing that some may dislike about Transformers: Battlegrounds is its presentation. Its menus are fine, but in-game visuals are very basic – you could even say ugly when the camera zooms in during certain actions. The voice acting isn’t all that great at times, either.

As a turn-based strategy game primarily aimed at kids, its hard not to view Transformers: Battlegrounds as anything other than a success. It’s streamlined, but not so much so that older Transformers fans won’t be able get a kick out of the action, especially if they crank up the difficulty. And while its presentation isn’t the best, it’s bold and colourful enough to excite its target market. Add in the fact that it’s somewhat budget priced, and you have a game that should prove a hit with younger Transformers fans, and a good introduction to the turn-based strategy genre.

Transformers: Battlegrounds is available on PS4, Xbox One, Switch and PC. We reviewed it on Xbox One X with a code provided by the game’s publisher. 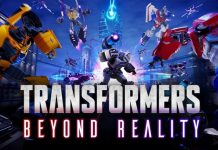 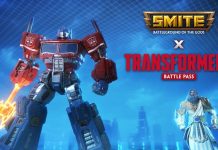 The Transformers Are Coming to Smite, For Some Reason 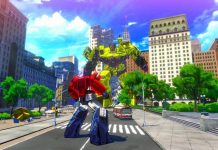 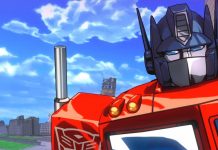