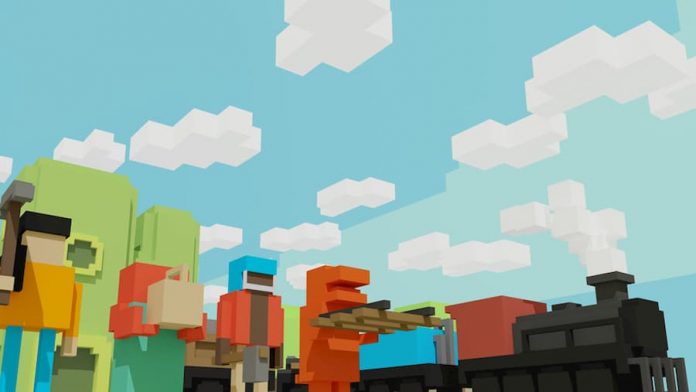 If you don’t work well with others, you’re not going to get along well in Unrailed!.

Trains have places to go, but if there’s no track for them, they’re not going to get far. Thankfully, in Unrailed!, you and your co-op friends are on hand to build the track. You’ll need to gather wood and ore by chopping trees and mining rocks, then place the track, allowing your train to continually move forward. It sounds simple, but it’s far from it.

The act of building a section of railway is as simple as placing your gathered materials on the production cart of your train. Track will be automatically created, and you just need to pick it up and place it where it’s required. Easy-peasy. Unrailed! is the sort of game that lures you in with a false sense of security. If your randomly-generated map has an abundance of trees to chop down and stone to mine, then you’ll have no problem building plenty of track. But what happens if you run out? What happens when you reach the edge of a river and need to build a bridge? What happens if you can’t keep up with the speed of your train?

Chances are, you’ll fail miserably your first few times playing Unrailed!. Up to four players can join the same game in co-op and honestly, the more hands on deck, the better chance you have of succeeding. Provided you can communicate with your team effectively, that is. If you all run around, uncoordinated and directionless, it’s likely that an important job will be overlooked. But strategise and set each other tasks, and you’ll be a railway master in no time. Have one person gathering wood, another mining, and a third gathering it up and placing it on the train.

Though a simple premise, Unrailed! is challenging and a lot of fun. Your progress is measured in metres; the further your train travels, the more successful you are. But numerous obstacles wait in your way. You’ll have to take detours around rocks, and build bridges – which require a wooden structure first before track can be laid on top – to cross bodies of water. The screen constantly scrolls, too; get too far ahead of some materials you’ve already mined, and you’ll end up losing them. 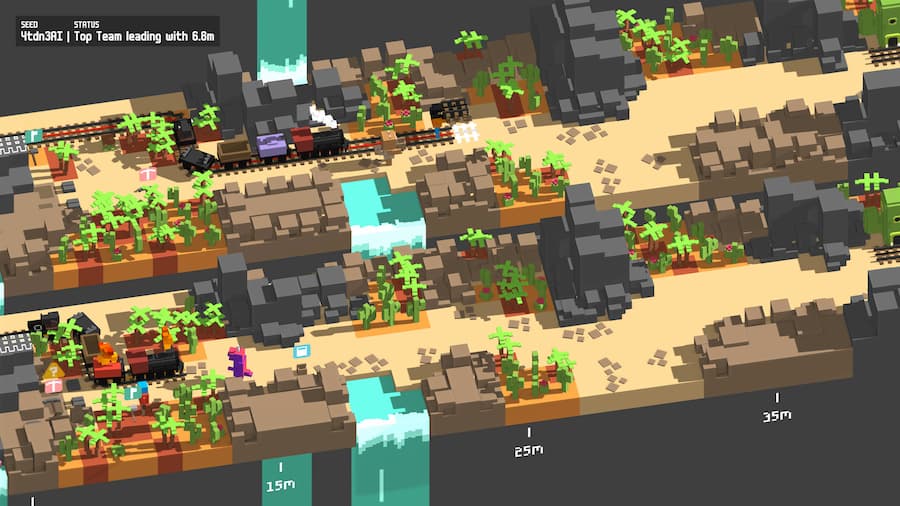 You’ll make it to new train stations eventually, providing you make it that far. At each new station you’re able to upgrade parts of your train, allowing you to work faster, carry more cargo, or create multiple pieces of track at once. The further you get, then, the easier it becomes to craft your track pieces – but the more obstacles you’ll face along the way.

Unrailed! can be played in single-player, with a bot assistant helping you on the way. It’s very tough; you can instruct your AI companion to focus on a specific task, but having to juggle your own tasks and make sure the AI is doing what it’s supposed to be doing is far more difficult than it would be with a capable human companion. Trying to join a random game proved to be difficult too; lobbies are quiet, so having friends to team up with is definitely the way to go.

But if you do have a friend (or three) to jump into Unrailed! with, a challenging and entertaining game awaits. It may take you a while to get a good rhythm going, but once you do, you’ll be determined to keep trying, and get just that bit further next time.

Unrailed! is available on PC, PS4 and Switch.