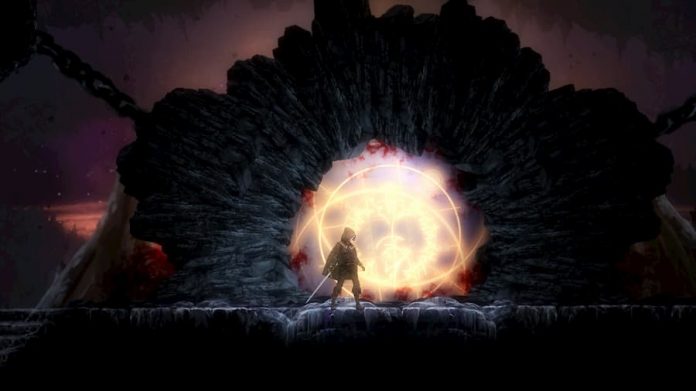 Some games wear their influences on their sleeve. Vigil: The Longest Night scrawls them all over its body and nakedly parades them in front of you.

Vigil: The Longest Night draws so heavily upon Dark Souls and Bloodborne that, for the first few minutes at least, you can’t help but think you’re going to be in for a sub-par copycat experience. The primary font is a dead ringer for Bloodborne‘s, there’s approximately one candle per sixteen villagers, and you’re fighting bosses with names like “The Craving Terror”.

See past those similarities, however, and you’ll discover an engrossing 2D hack ’em up that makes you work for its gloomy goodies. There’s a plot of sorts; you play as Leila, member of an ancient order of baddasses who comes home to find her sister and several other villagers missing. Before you can say “slumbering eldritch horror”, Leila’s on the trail, dispatching anything that gets in her way.

What’s immediately striking about Vigil is the odd sort of optical illusion it’s got going on. Stare closely and you can see the game uses 3D models, but viewed from afar there’s a different effect at play. You get the feeling you’re watching Leila’s story being told after the fact, performed by puppets on invisible sticks. It’s unsettling to face enemies who leave behind rusty nails and bloody syringes when they die, but the odd way some of them move makes proceedings even more disquieting.

Vigil is more forgiving than Bloodborne or its ilk so, if you play on normal difficulty at least, it’s not too unforgiving. You’ve got a good chance of slaughtering your grisly foes before they do the same to you. It is stingier with save points, though. 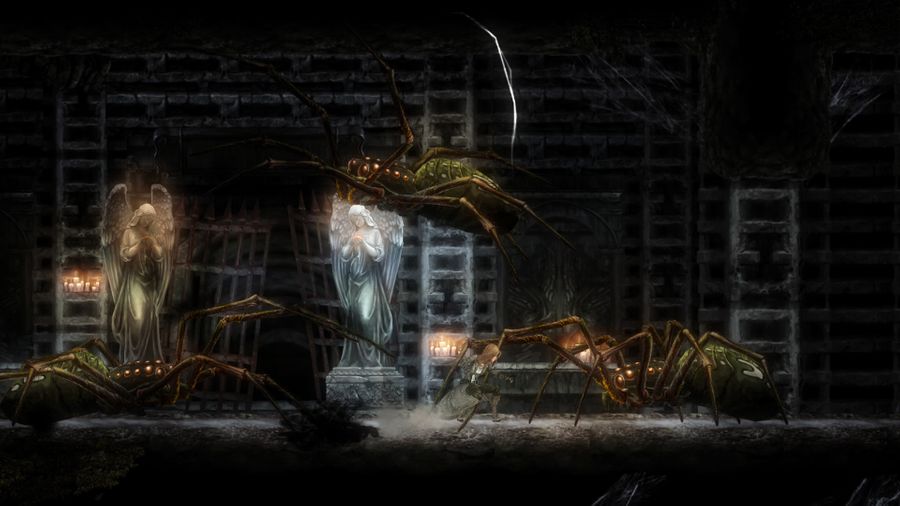 I was initially disappointed by how limited Leila’s attacks were; it doesn’t matter whether you slash on the ground or in the air, she pulls off the same move each time. But it’s only when you start putting points into Leila’s stats that you realise the best moves are locked away.

Though it doesn’t make much sense in the context of the story, since she’s been training a good while with her order, turning Leila into a double-blade wielding powerhouse is a gruesome pleasure. Vigil doesn’t go the full rock-paper-scissors route so it’s hard to create a “bad” build; you can specialise in ranged combat and rarely regret it. What does count is how much stamina these moves use up; you can be hacking merrily away at a boss, awed at how fast your character’s blade is moving, only to drop to the ground in front of some horrifying behemoth. Mercy?

The story sort of sticks, but it’s undermined by some translation oddities. Still, it serves as an ample excuse to visit some amazing locales, with enemies who obligingly respawn when you revisit (though I never actually had to grind in order to level up). A village serves as your initial hub, with allies who offer you enough side quests to keep you occupied. Being able to teleport between locations, instead of traipsing back through old territory, is another reason Vigil is fun, not frustrating. 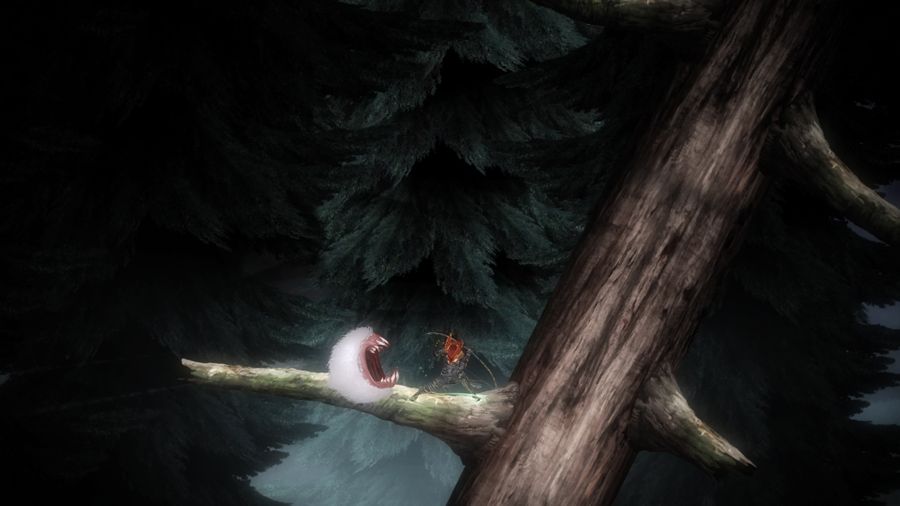 As fluid and rewarding as Vigil’s combat is, however, it’s not perfect. Even though you’re playing the game in 2D, the world is theoretically 3D. So, when an enemy attacks you, you can often roll past their attack – a satisfying manoeuvre if you’re facing one of Vigil’s bigger foes. The issue is that some of the bosses use attacks that come at you from a 3D plane, and you’re never quite sure when these attacks can and can’t touch you. It’s rarely instantly fatal, but it can be annoying.

Still, this gripe (and iffy translation) aside, Vigil is a joy to play; challenging but rarely frustrating. With its sprawling locales, creative but unsettling foes and missing daughters, it’s a gorgeously grim fairy tale. Its Soulsborne influence may be a little too apparent from time to time, but Vigil: The Longest Night is a title well worth taking up your sword for in its own right.

Vigil: The Longest Night is available on PC and Switch. We reviewed the game on PC with a code provided by the publisher. 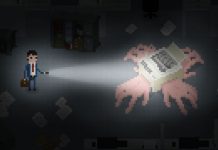