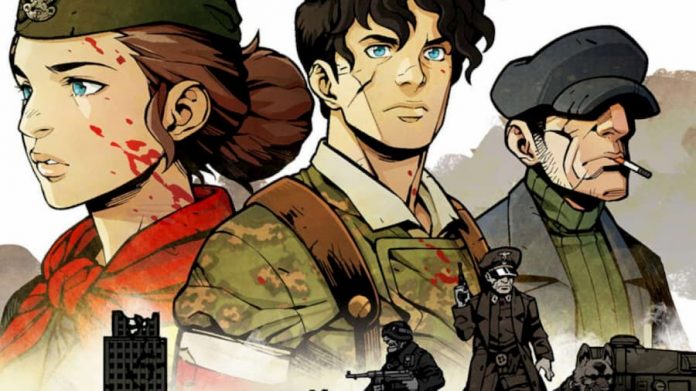 We never thought the war could get this bad.

Homes burning to the ground. Soldiers around every corner. The air is thick with smoke. Every day I grip the cold steel of a gun in my hands and pull the trigger. No hesitation. My family is gone, but I have to help. I have to fight if I want to see tomorrow. And I will. I will see tomorrow and the next day. I will see next week and next month. I will survive and I will tell the story of our victory.

Those could be the hopes and dreams of the characters you’ll meet in Warsaw, a tactical strategy RPG from developer Pixelated Milk. Set during WWII, the game puts players into the shoes of “accidental heroes” caught in the middle of a real life uprising that took place in 1944. Not many of them thought fighting on the streets in the middle of a war is where they’d end up. But when your home is in danger, you pick up the gun or the bandages and you get to work.

Those accustomed to the mechanics of a tactical RPG will feel right at home among the war-ridden streets of Warsaw. The game features a detailed tutorial that introduces the game’s main controls. The amount of possibilities in regards to where your characters can go and what they can do can be overwhelming if you’re not familiar with the genre. After your third, fourth, or fifth try of the game though, you’ll know which characters have what abilities, and you’ll definitely have favourites that you’ll want to protect with your life.

Your introduction to the game will give you a first-hand look at how combat plays out when you’re out on mission. You control members of your uprising group, with each member having their own abilities which can be used to attack enemies, heal allies, give negative effects to enemies and more. Having a well-rounded group is of the utmost importance. 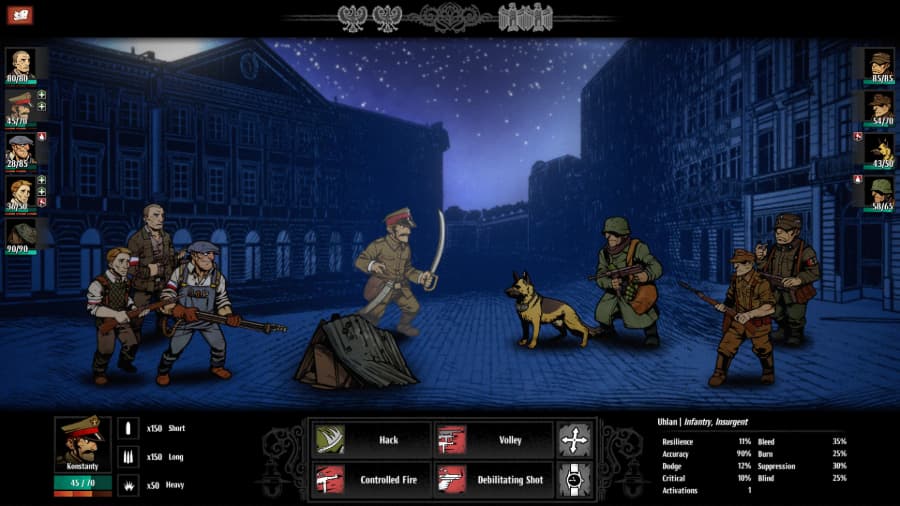 Things aren’t quite as simple as telling members of your team to shoot a specific target and then end their turn, however. Sometimes you’ll have to deal with obstacles blocking your path as well as multiple enemies, some with special weapons. You’re also able to move characters behind obstacles to make them harder to hit. The inclusion of these obstacles and more difficult enemies goes a little way in keeping combat interesting initially – but it gets repetitive and bland as you continue on.

Warsaw isn’t just about combat, however. Your group will have a particular objective to complete while you’re out on the streets. You never know what’s headed your way so you have to choose your quests as well as your weapons and soldiers carefully. Some quests will involve killing or driving back enemies, and some will simply involve turning power back on to areas of the town. Each quest is important, but some moreso than others.

You’ll pick up these quests at your basecamp, the area where your group goes to rest in between missions. It’s also where you’ll upgrade, restock and prepare your party. Players will very likely lose members of the uprising while they’re out fighting, so base camp is where you can recruit more members. Healers are extremely important, but they’re rarer to come across than a fighter. You might also find characters that have special abilities you want on the battlefield. Planning out an efficient group is one of the most important things you can do before you head out on a mission. 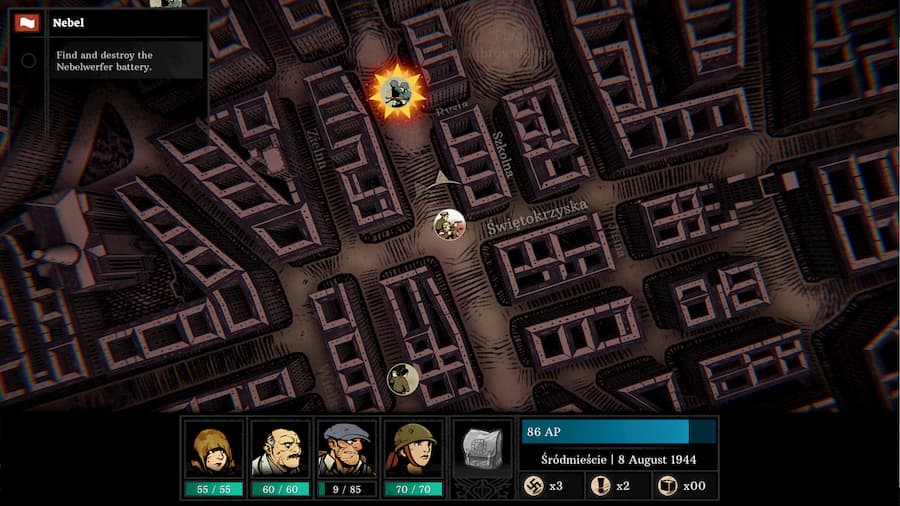 When working towards a mission, your party members have a certain number of action points (AP) they can spend. Use all your AP before the mission is over, and you’ll fail. You can’t go back and try it again, so you’ll have to live with your failure and move on to whatever’s waiting for you next. However, moving around Warsaw‘s map can be a bit awkward. It’s sometimes difficult to tell where you’re allowed to travel, and on several occasions I used up precious AP by running into a dead-end. With no way to look at an overview of the map, you might find yourself accidentally backtracking multiple times to try and find your destination. Thankfully, the game gives you an arrow that shows you which general direction you’re meant to be going for your quest.

But exploring Warsaw‘s world isn’t all bad. Along with running into fights and missions, you’ll also come across caches that can contain ammo, health, camouflage, weapon parts and other useful items to help you in your plight. The real highlight, though, are the random events out in the world that you’ll encounter. They typically task you with an objective, like putting explosives on a tank as quietly as you can, or healing someone in need of it. But they give you a real glimpse into Warsaw‘s universe; more than any other part of the game, they help immerse you in the world around you. 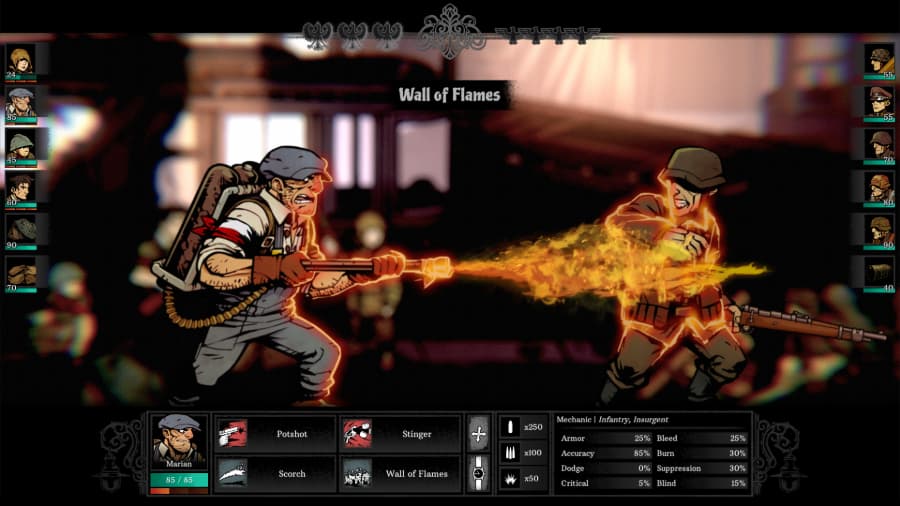 Warsaw is a complex game. Not only are you tasked with fighting soldiers, but you also have to manage your resources, try to keep your team alive, maintain control of the areas around you, send people out on missions and a whole host of other tasks. But if you take the time to appreciate them, the small bits of story shoved in between the complicated mechanics and long to-do lists are the most charming parts of the game. They may tell stories of fictional characters, but they are based on a real period in history, and each detail connects the player to those characters. I’d be lying if I said I wasn’t upset when certain members of my team died.

Like most tactical RPGs, there’s a lot to keep track of in Warsaw. If you’re new to the genre, it can be overwhelming; the game does have adjustable difficulty levels, but lowering the difficulty doesn’t change all that players have to pay attention to as they play. The story is well-written, but combat gets quickly repetitive as it contains no bosses, special events or anything to differentiate one battle from another. If you’re looking for a challenging tactics-based game, Warsaw is well worth a go. It’s just a shame that the excellent world-building takes something of a back seat.

Warsaw is available on PS4, Xbox One, Switch and PC. We reviewed the game on Xbox One S with a code provided by the publisher. 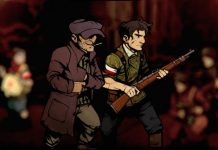 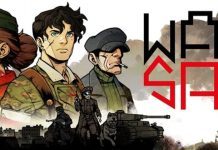