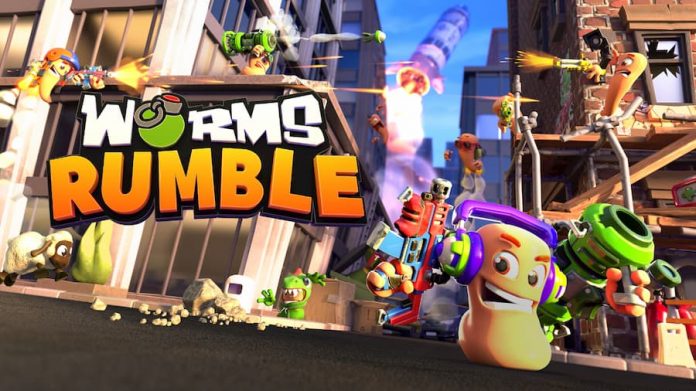 Worms Rumble is coming out of beta and worming its way towards a full release in December.

Team17 announced a couple of big things yesterday related to its upcoming title Worms Rumble. The game is launching a beta starting November 6th, before heading to a full release for PS5, PS4 and PC in December.

In Worms Rumble, 32 players compete with one another in a variety of difficult skirmishes. Every round takes places in real time as you take on enemy firepower and unleash your own as well.

Team 17’s other big announcement is that the game will have crossplay between PC and PS4/PS5. You can give crossplay a try during the beta before the game launches later this year.

Worms Rumble’s second map, Portal Park, was also revealed today. This new arena features a portal that can change the map’s environment. It includes underground train tracks that gives players rapid access to other parts of the map.

If you pre-order the game on Steam for $14.99/£10.99 you get access to exclusive cosmetic items including: an outfit, beanie, skin pattern, baseball bat skin, player banner and challenge title.

Look out for more information as it gets closer to the game’s release date. Give the new trailer a watch below.