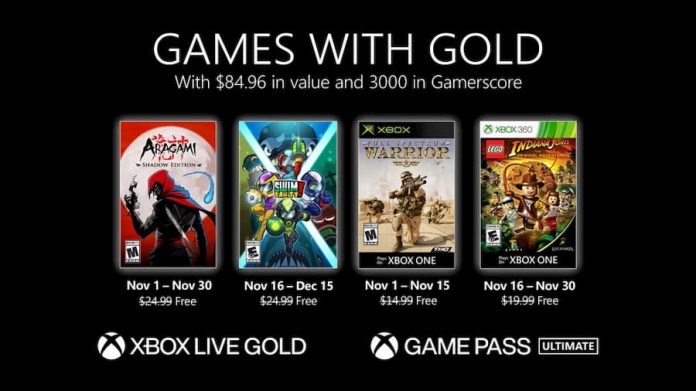 If you’re looking for more games to play, just hang in there a little while longer.

Microsoft has revealed its November Games with Gold for subscribers. Xbox Live Gold members will have access to this month’s games for free and, as always, they have access to exclusive discounts in the store as well.

This month’s games are:

Don’t forget that if you’re an Xbox Game Pass Ultimate member you have all of the benefits that come with Xbox Live Gold (with the addition of all of the games available for Game Pass). New games are added all the time so log in to pick up this month’s free game’s and see what’s been added to Game Pass recently.