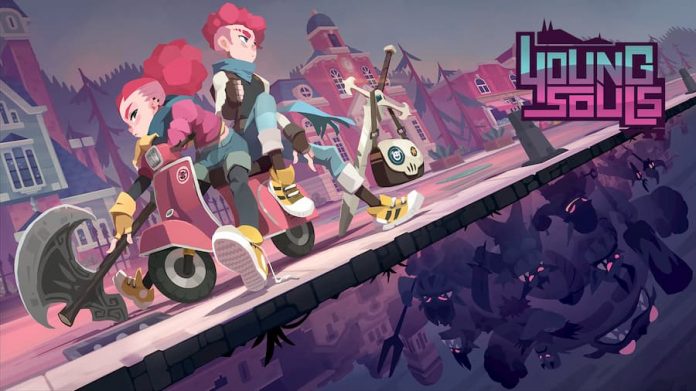 Nothing like a couple of misfits using their fists to bash baddies.

The Arcade Crew and developer 1P2P have recently announced that Young Souls, their upcoming co-op RPG beat ‘em up title, is set to release first on Stadia before later heading to Steam.

In Young Souls, players take on the role of orphans Jenn and Tristan. First, you’ll join them on their menial, everyday routines before they are interrupted by the strange disappearance of their guardian.

The duo discover a portal to their guardian’s estate and from there, they decide to jump into the unknown head first. During the day, players will be running around town gathering supplies and get ready for night. What happens at night? Dungeons filled to the brim with loot and fight after fight against big baddies. If you spend your time wisely, you’ll have the upper hand when the goings get tough.

Young Souls is all about telling a story of strength and resilience and how people will do anything for their loved ones.

The game doesn’t have a release date just yet, but more information is available on its official website. And you can see the beautiful new trailer for the game below.