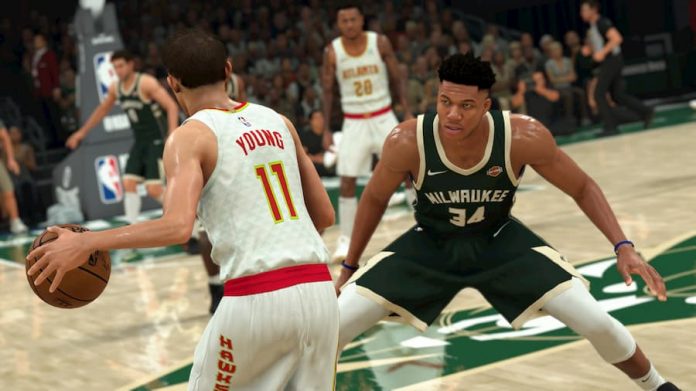 We’ve got some exciting new reveals for the upcoming next-generation release of NBA 2K21.

Players are getting tonnes of announcements related to the upcoming next generation consoles, and 2K and Visual Concepts are jumping in too. The team has just revealed some cool new details for NBA 2K21 all about “The City,” which will be the biggest multiplayer feature for 2K ever.

The team has been working to create something bigger and better than 2K14′s multiplayer universe, known as “The Park”. The City will give players an online experience that is worthy of the upcoming next generation.

As described by Erick Boenisch, Executive Producer at Visual Concepts, The City is essentially “a virtual basketball community”. It’s many times larger than anything the series has seen so far.

The City will include a number of Boroughs, each with their own basketball courts. They will have decorations, like logos and colours, related to the player’s Affiliation. The City will also have Garage Hoops where players can join each other on the court. With this and more, The City is going to truly feel like a living, thriving town.

Along with these announcements, it was also revealed that Affiliations will be returning to the series. This multiplayer update won’t be all fun and games; it will encourage competition between players and their assigned affiliations.

The four Affiliations are North Side Knights, South City Vipers, Beasts of the East and Western Wildcats. They’ll each have their own borough and courts lined that rep their group. Players will be assigned an Affiliation after they win a few games. It’s like a good old-fashioned sorting hat, but with basketball.

A brand new feature that will also be included in The City are Mayors, who’ll represent one of the four affiliations. They are responsible for creating affiliation videos, custom playlists, court designs, mural designs and uniform selections. The first group of Mayors will be some of the biggest names in the NBA 2K community, and they’ll change every six weeks. Each Affiliation will get the final word on who their next Mayor is.

The final bit of information revealed is all about MyPLAYER. This is related to how you customise your character specifically. The team revealed that you’ll be able to customise your basketballs, your skateboard (which players will use for travel), cosmetics and more.

We know that’s a lot of information to take in. If you’d like to read all of the details you should head over to NBA 2K21‘s official Courtside Report to read the announcement in full. In the meantime, keep holding your breath as we get closer to the release of the next generation consoles. We’ll have more on NBA 2K21 on PS5 and Xbox Series X soon.