A cult classic, Xenoblade Chronicles is now available on Switch in enhanced form. Numerous improvements make it look and play better than ever before, making it a must-have for those seeking out the best JRPGs on Switch.

Richard said: “Xenoblade Chronicles: Definitive Edition isn’t going to blow anyone away, but it’s undoubtedly the best version of a very good JRPG. Those unacquainted with the Wii and 3DS versions of the game will get the most out of it, but thanks to Future Connected, the introduction of many quality of life improvements, and considerably enhanced visuals, fans aren’t likely to be disappointed either.” 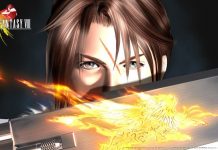