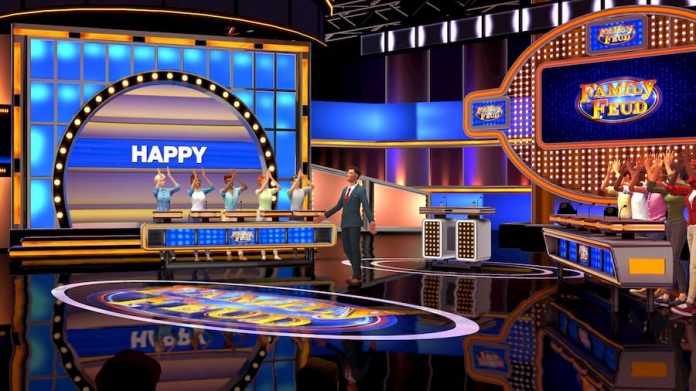 A new Family Feud game is available – and if you’re looking for a party quiz game, it’s actually a lot of fun.

Family Feud – or Family Fortunes as we know it in the UK – challenges two teams (typically families of five) to guess popular answers given to a survey question. 100 members of the public have been asked something like “name a breed of dog”, and it’s up to the players to guess the most popular responses. It’s easy in practice, but can be trickier than it sounds.

Developed by Snap Finger Click, the team behind It’s Quiz Time, Family Feud is very faithful to the original TV format. It’s a shame its title hasn’t been localised for a UK audience, but the questions, thankfully, do seem to be; ‘vacation’ becomes ‘holiday’, for example, and we didn’t come across any annoying US-centric questions. Unsurprising, considering Snap Finger Click are a UK-based developer.

There are four modes to jump into in Family Feud: Classic, Party Battle, Couch vs. Couch, and Live Show. Between them, there’s plenty of variety and it’s easy to set up a game to suit your preferences. Playing by yourself? That’s fine. Got a big family gathering? That’s fine too.

Classic allows 1-5 people to form a team and work together against a CPU family. You can set the difficulty between easy, medium and hard, depending on how switched-on you want your opponent to be. This is the best way to play if you want to play by yourself, or if you want co-operative fun with friends and family. 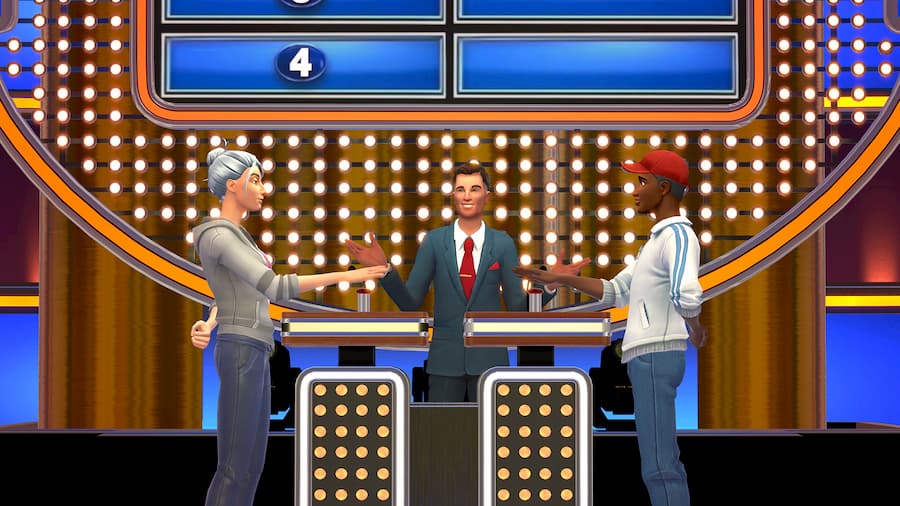 There’s also Couch vs. Couch mode. Like Classic, 1-5 players all work together, but this time you’re playing against another real team online. Happily, we had no problem finding a match, and the connection remained stable. You can opt for random matchmaking, or set up a game against someone you know. It ups the ante somewhat knowing you’re playing against real players rather than the CPU.

Party Battle, on the other hand, allows for some local head-to-head competition. You need at least two players, though it’s designed to be played in teams; for the full Family Feud experience, you’ll want two teams of five. It’s a lot of fun, especially when it comes to buzzing in, or stealing the round from the other team. A bit of healthy competition between family members never hurt anyone!

Finally, a Live Show mode allows you to broadcast your game to your platform of choice and have viewers guess answers with you. It’s a mode squarely aimed at streamers, so most players will find themselves gravitating to one of the other three. 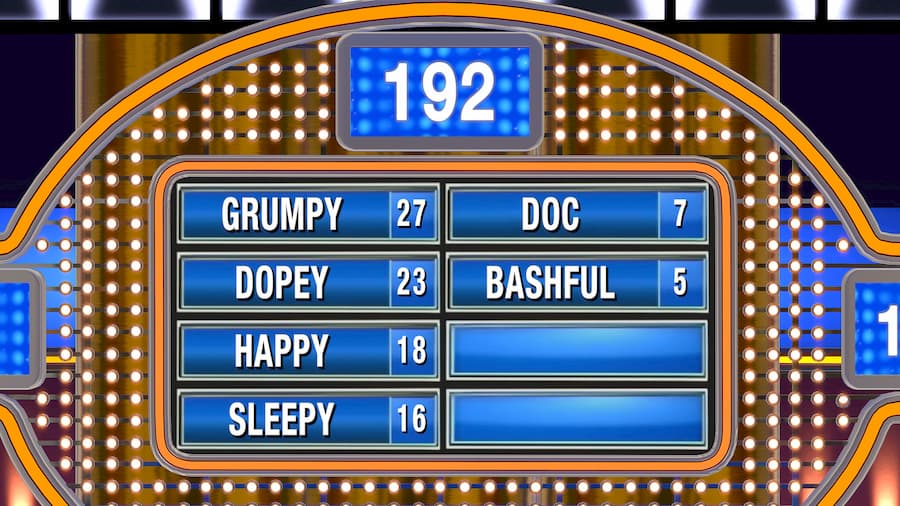 What’s great about Family Feud is that no matter how many people are playing, you can always share the same controller. You can have one each in Classic or Couch vs. Couch mode if you have enough to go around, but it’s just as easy to take it in turns, passing jus one controller around when required. In Party Battle, you can opt for a controller per team, or you can still share. When it comes to the face-off, where you need to quickly buzz in to answer, one player will need to man the right shoulder button, and another will need to man the left.

It’s all very nicely presented, just as if you were actually in the game show’s studio. A joyful host guides the gameplay, though never wastes too much time before getting you stuck in to the action. It’s nice and easy to play, too. You need to type answers out, but as you input letters it’ll suggest words to you, making it quick and easy to get to the answer you want. There’s also some character customisation, letting you make a character that (somewhat) resembles you. There are tonnes of wardrobe options, most of which you’ll need to unlock with coins you earn while playing.

As far as quiz-based party games go, Family Feud is solid. It’s put together very well and manages to capture the feel of being on a gameshow better than most. It’s of course more fun if you have friends over, but it’s a welcome touch that you can play solo if you want. With the holidays just around the corner and family gatherings (hopefully) on the horizon, Family Feud is a worthwhile party game to add to your collection.

Family Feud is available on PC, PS4, Xbox One, Switch and Stadia. We reviewed the game on Xbox One with a code provided by the publisher. 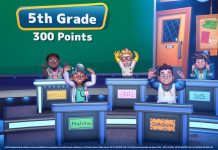 Are You Smarter Than a 5th Grader Review