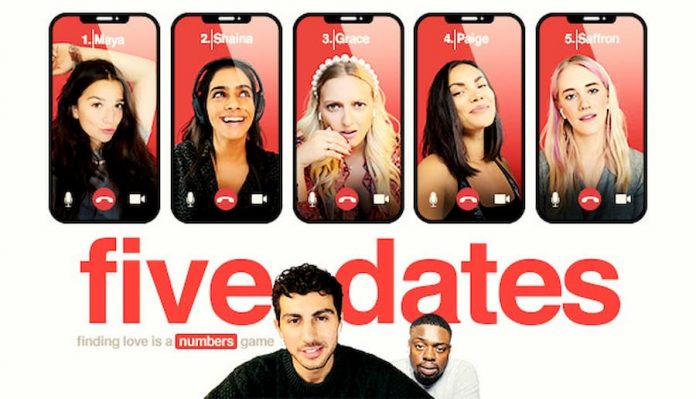 Five Dates is essentially a feel-good romantic film that you get to be a part of.

Made during lockdown, FMV game Five Dates from Wales Interactive and Good Gate Media is extremely timely. Thanks to Covid-19, we’re living in a time when we can’t go out and socialise; we can’t see our existing friends and we certainly can’t think about meeting new friends or dates. Protagonist Vinny is living our same reality, but that’s not going to stop him looking for love. He just needs to go on a series of video dates instead.

Despite being called Five Dates, you’ll go on dates with three women during the course of one playthrough. As Vinny, you have five potential dates to choose from, based on their dating profiles. They’re all very different, and it’s up to you what criteria you base your decisions on. Do you want to date someone with interests most similar to yours, or do you want someone very different? After all, they do say opposites attract.

Once you’ve chosen the three women you’re going to go on a video date with, you’ll meet them, one by one, in a video chat window. But not before your best friend, and helpful wingman, Callum, gives you some helpful advice and helps you get your house in order before being on camera. You can’t have your bed in the background, he says; you’ll give off the wrong impression!

When it comes to the actual dates, you get some say in where the conversation goes. You can choose certain questions to ask, or pick responses from a selection. What you pick will influence the outcome of the date, but there’s also a lot of time you’re simply sat watching, seeing the date unfold. 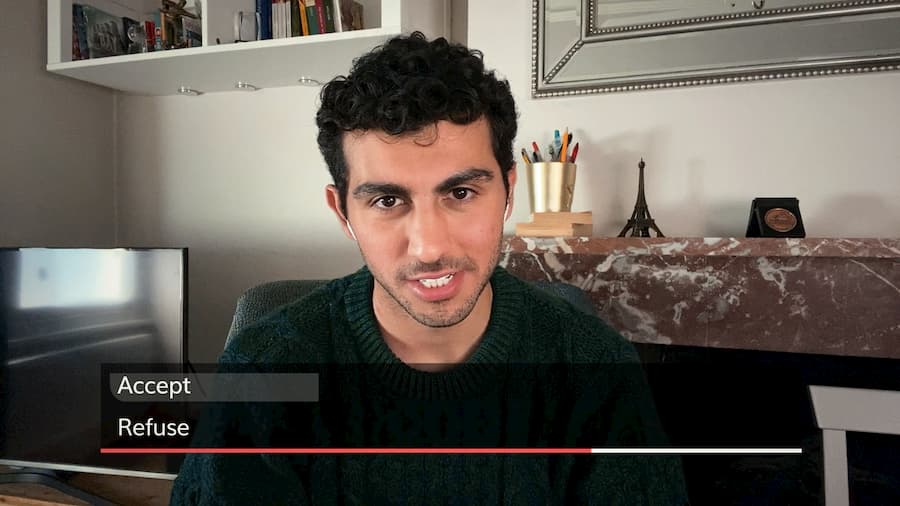 Five Dates is more engrossing than it has any right to be, largely due to the excellent acting across the board. Vinny is immediately lovable, as his his best friend Callum, and you’ll quickly find yourself rooting for both of them. You’ll undoubtedly have your own favourites from the girls he dates, but each one of them is brilliantly portrayed – even if you don’t think they’re right for Vinny.

There are some lovely touches that emphasise the timeliness of Five Dates. One of Vinny’s dates, Shaina, is a nurse, and he was quick to commend her for the work her and her colleagues are doing on the front line. Another time, a date had to come to an end because it was nearly 8pm on Thursday, and so it was time to go outside and clap for the NHS – as was tradition during the UK’s first lockdown.

Once you’ve had your three initial dates, you need to narrow them down to two and proceed to a second date. For the second dates, you’ll play games. What those games are depends on which girls you’re dating; of mine, one was a personal quiz, and another was tarot reading. 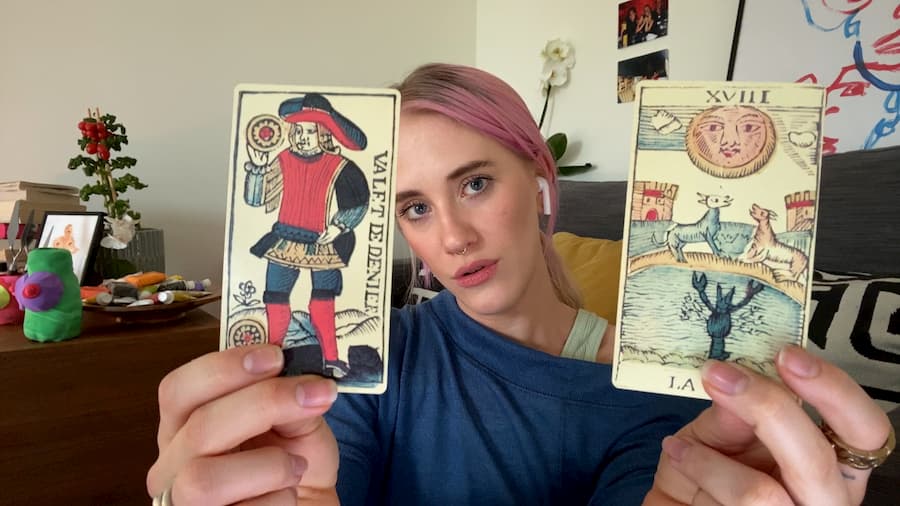 It’s not all light-hearted, though. Along with focusing on the reality of life during a pandemic, Five Dates also attempts to tackle other heavy subject matter. One of my dates, Saffron, admitted in our first meeting that she suffers from anxiety. During the second date, she suffered an anxiety attack, seemingly triggered by something in our tarot card-based game. As Vinny, I had a choice to make. Did I try to calm her down over the screen, even though she didn’t seem to be responding to me, or did I log out, leaving her alone, so I could call for help? There’s no real right or wrong answer and, like in real life, you’ll have to live with the consequences of any decisions you make.

Finally, from your two dates, you’ll need to choose one final woman who you’d like to (hopefully) pursue a relationship with. After that third date, you’ll have the opportunity to exchange phone numbers, to take your dating ‘away from the app’. Providing you’ve played your cards right, of course. 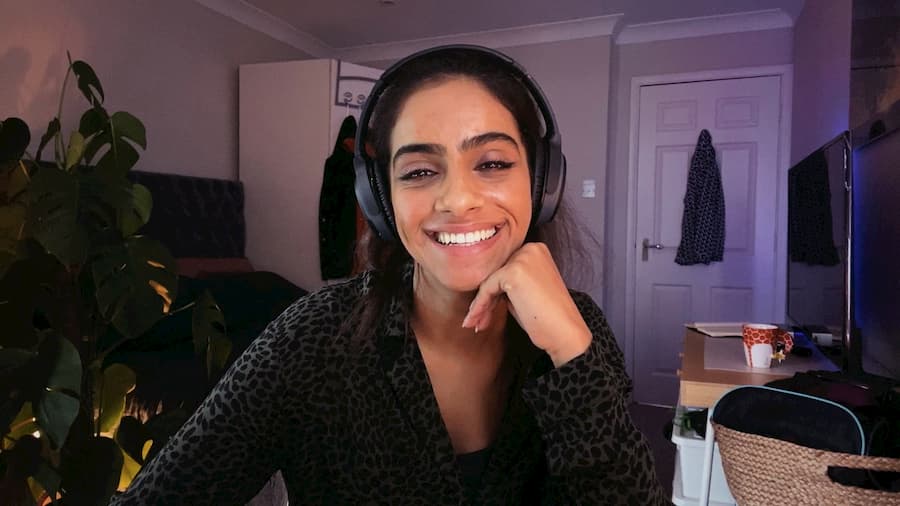 One playthrough of Five Dates takes little more than an hour, so it’s a short and sweet experience. But upon finishing, I’d only seen about 20% of the available content. There are two women I’ve not interacted with, and plenty of other choices to make to see how things can turn out differently. But Vinny’s outcome, with a potential romance blossoming with nurse Shaina, was so heart-warming I didn’t want to ruin it. They’re the perfect match, and that’s the way it shall stay.

FMV games are a little like Marmite; you either love them or hate them. But while others spin tales of murder mysteries, espionage or the end of the world, Five Dates is a grounded, human story about something we can all relate to: love. It’s simple, touching and heartening – and thanks to its excellent acting and low-key but on-point production, it’s a pleasure to experience. If you’re a softie at heart and love a good romance story, Five Dates will put a smile on your face.

Five Dates is available on PC, PS4 and Xbox One. We reviewed the Xbox One version of the game with a code provided by the publisher.