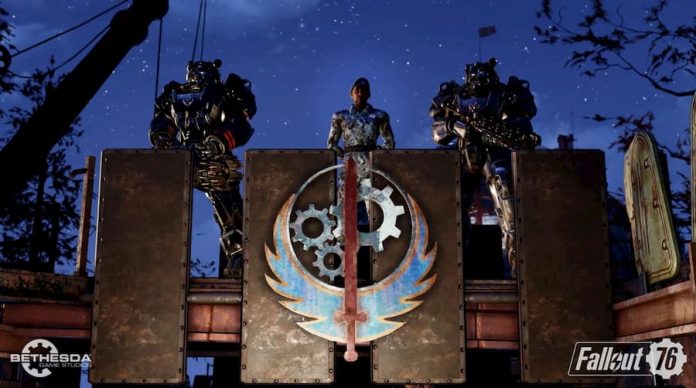 Jump back into Appalachia for this free Fallout 76 update.

When Fallout 76 released back in 2018, players were incredibly disappointed in it – including us. But as patches and updates have been released, the game has become much better. The newest update, Fallout 76: Steel Dawn, scheduled to release on 1st December, might just be the best yet

The new update has players aiding the Brotherhood of Steel after they arrive in California. The Brotherhood is looking to establish a new Appalachian chapter. You’ll meet Paladin Leila Rahmani as you assist her and her troops in putting down roots in California.

Fallout 76: Steel Dawn adds a brand new questline for players to enjoy. You’ll meet new NPCs, learn their story and help them in whatever way they need. During the questline you’ll also uncover brand new locations as well as, our favourite part, new loot and gear.

Players can also expect to join K.D Inkwell as she looks for the Guild of Antiquities. Try to rank up and earn rewards such as: C.A.M.P. Allies, Lunchboxes and more. This content will drop on December 15th.

Look out for more information on the update as it gets close to release. And check out the trailer for Steel Dawn below.