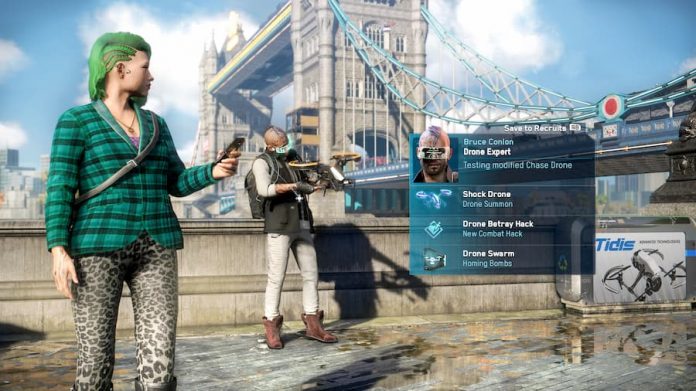 Watch Dogs Legion is a lot of fun, but the in-game authorities may object to your shenanigans. Here’s how to escape the police.

Playing Watch Dogs Legion, it’s harder to get the attention of the police than you might think. They seem happy to let you mow people down, potentially because they all end up in hospital, not the morgue. But sooner or later you’re going to get into trouble and the more trouble you’re in, the more the authorities will bear down on you. Raise your wanted level enough (indicated by the triangles on your screen) and you’ll have cars, drones and more bearing down on you. Here’s how to escape the police in Watch Dogs Legion.

Ideally, you should escape the police when your wanted level is low. That’s not always possible, but the police AI actually seems dumber when you’re on one triangle. The key is to get somewhere the police can’t find you; unlike some other open world games, they’re not psychic.

So, if you’re on foot, try to make it to an Underground station. You won’t be able to use the Underground while you’re wanted, but hiding at the bottom of the stairs is an easy way to hide from the authorities if your wanted level is low. Once the police can’t find you, your wanted meter turns blue and starts dropping. If the blue bar empties all the way, you’re of the hook.

Failing that, if you’re driving, try driving off-road, pulling up behind a building. You can keep driving around the city and evade the authorities if your wanted level is low, but while your wanted meter is emptying, you can be spotted by a police office which will put your wanted meter back into red.

At higher wanted levels it gets trickier. You’ll have more varied enemies chasing you, and more vehicles chasing you. Hiding still applies, but you’ll also have to deal with drones which, like the police, will turn your wanted bar red and ensure you’re being constantly pursued by the police.

The best thing to do is to use ‘tap hack’ – tapping the hack button, instead of holding it, which will automatically disable a drone and send lower-level cars off the road. As soon as you see a drone, tap the hack button and do the same for any police cars and so forth. Yes, you can engage the police, but since a lot of characters use non-lethal weaponry, you’ve no chance of stopping them all.

So, try and keep your nose clean but if you do get in trouble in Watch Dogs Legion, hacking and hiding is your best option.

How to Fast Travel in Watch Dogs Legion