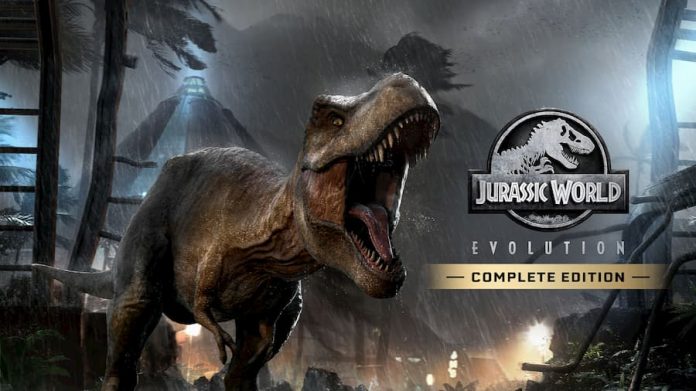 Jurassic World Evolution: Complete Edition puts a dinosaur-themed park at your fingertips, placing you in control of just about every element. But more difficult than simply placing attractions and waiting for visitors to show up, you also need to create the dinosaurs. That means sending out teams on expeditions, recovering fossils, then extracting DNA from them in the lab.

There’s always a chance it doesn’t work, but when it does, you’ve got a brand new prehistoric beastie to take care of. That means ensuring it has food, water and plenty of space to roam around. It’s a living creature of course, which means it might get sick – so you’ll need rangers on hand to administer medicine if needs be. Oh, and if you have aggressive-type dinos, don’t be surprised if they end up killing some of your more placid species. You’ll need a helicopter team to airlift those dead bodies out of there. Don’t want your guests seeing mangled carcasses now, do you?

And, of course, alongside taking care of dinosaurs, you also have a theme park and the general public to entertain. You’ll need shops, restaurants, hotels, attractions, viewing windows – the whole shebang. Everything you place needs wiring up to an energy network too, so that means power plants and electricity cables. Oh, and you need to watch your budget and make sure you’re not spending more than you’re earning.

So, running a park in Jurassic World Evolution is no picnic, then. You need to be aware of multiple elements at all times. But playing in the game’s campaign mode, you’ll be eased into every element at a steady pace. A series of missions will introduce key factors of the game, helping you learn the ropes. Missions and tutorials are excellently delivered too; there’s a host of voices and familiar characters – including Dr. Ian Malcolm – making for a seriously premium-feeling experience. 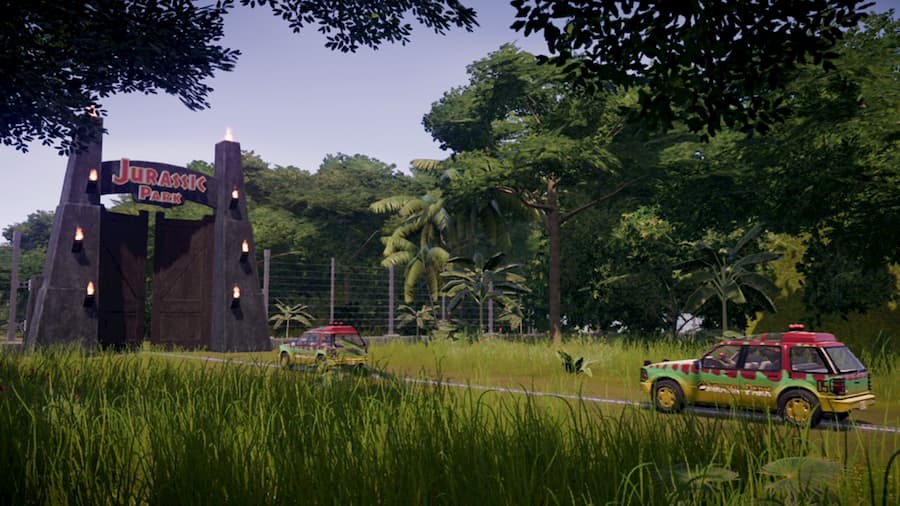 This Switch version is of course Jurassic World Evolution: Complete Edition, which bundles all existing DLC. Along with the base game, you get instant access to Claire’s Sanctuary and Return to Jurassic Park. These can be played straight away, but if you’re new to Jurassic World Evolution, the game warns you that they’re targeted at more experienced players. There’s also Secrets of Dr. Wu included, which is an extra storyline embedded within the main campaign.

Claire’s Sanctuary DLC sees you work alongside Jurassic World’s Claire Dearing on a mission to save dinosaurs from Isla Nublar. Return to Jurassic Park takes place after the events of the 1993 film, where you’re working alongside Alan Grant, Ellie Sattler and Ian Malcolm to rebuild the park. It’s voiced by the original cast, too. 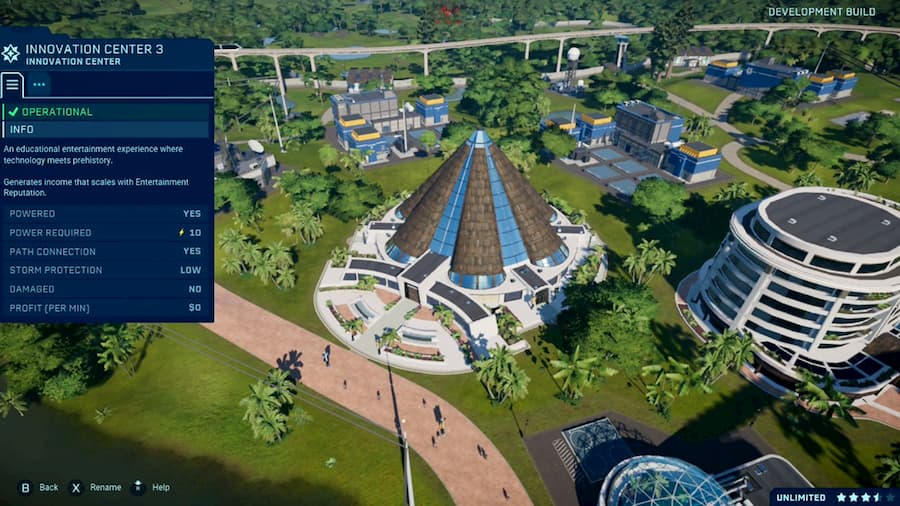 As you’d expect from Nintendo Switch, Jurassic World Evolution: Complete Edition takes some serious visual hits. It runs at a low resolution, so don’t expect the same graphical fidelity you’ve experienced on PC or home console. But the important thing is it runs incredibly smoothly. It’s a rather demanding game, with lots of menus and a park that can grow exponentially – but Nintendo’s handheld handles it valiantly. It’s perhaps not the best way to play, but the freedom to play on the go, or wherever in the house you want to, is definitely a positive. As is the inclusion of all DLC.

Needless to say, then, if you’ve a fondness for park-building games and you’re a lover of Jurassic Park, Jurassic World Evolution is a must-play. And if Nintendo Switch is your format of choice, the Complete Edition makes for an excellent investment. The three DLC packs add in a lot of extra content, making the game bigger and better than ever.