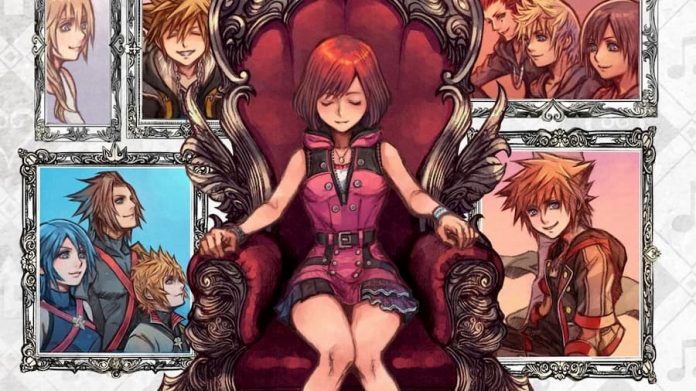 There’s a brand new Kingdom Hearts game out, but it’s probably not what you expect.

Kingdom Hearts: Melody of Memory doesn’t try to shoehorn in any new, convoluted story to the franchise. Instead, it takes the music from every series entry so far and turns it into a rhythm game. With over 140 tracks spanning the entire series, cutscenes taken from the games and, of course, an excuse to spend more time with Sora, Goofy, Donald and co., this is an appealing proposition for any Kingdom Hearts fan.

There’s a heck of a lot of content squeezed into Kingdom Hearts: Melody of Memory. There’s a main campaign, free play, co-op play and even head-to-head online battles. World Tour mode is the main event, taking you through songs from each Kingdom Hearts game in chronological order. Each world, based on worlds from the series, has one or two tracks to play through, and each track has three quests to complete. Those quests are typically things like hitting more than 70% of notes, or getting ‘excellent’ and above on certain notes. You’ll get a star for each one you complete, and racking up stars is your key to progression, allowing you to access new worlds.

Once you’ve played a track in World Tour, it unlocks for you to play in track select. You can’t just jump into any song straight away unfortunately, so you’ll need to complete World Tour if you want free reign of all the songs. It’s worth it though, thanks to its excellent presentation. You’ll move through worlds in your Gummi ship, and every so often you’ll be treated to a cutscene recapping Kingdom Hearts’ story. Finally; you might have a clue what on earth the franchise has been about!

There’s also a co-op mode, allowing you to play through tracks with a second local player, and versus mode. In versus mode, you can compete against the CPU or a player online. You’ll both play the same track, and by succeeding, you’ll send ‘modifiers’ to their screen, making it harder for them. For example, some enemies might become invisible, or notes’ timing circles might disappear, adding an extra layer of challenge. Of course, you’ll also have to survive through the same modifiers when they appear on your screen. It’s chaotic, but it adds some welcome competition to the game. 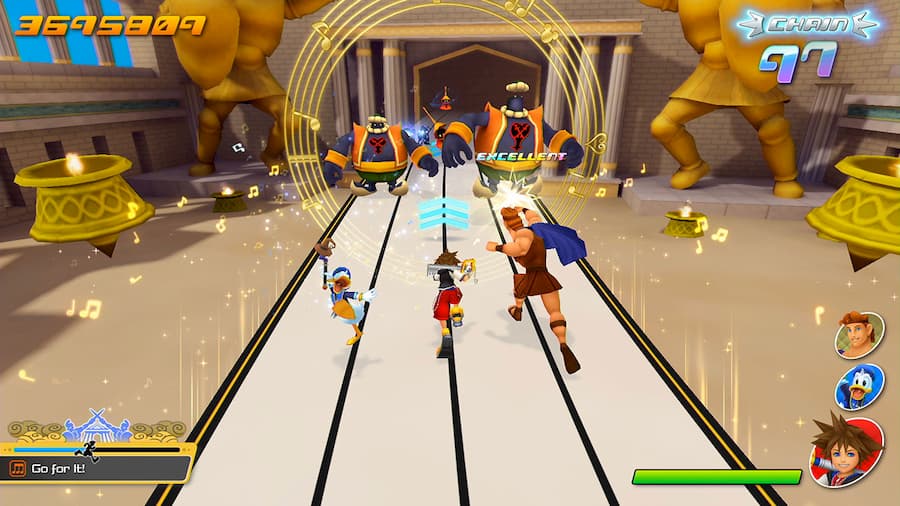 As a rhythm game, Kingdom Hearts: Melody of Memory is… unique, to say the least. You’ll control three characters simultaneously; by default, it’s Sora, Donald and Goofy, but some levels have a guest star, and you’ll unlock new teams (such as Roxas and co.) as you progress. Each character stands on their own track, but you can hit any basic note with either X, R1 or L1. The character closest to the note will hit it – represented by an enemy on their track. If there are multiple enemies to attack at once, you’ll need to press any combination of those three buttons. You’ll sometimes also have to jump with circle, float by holding it down, and perform a special attack with triangle.

The gameplay is easy enough to master, if not a little messy. On harder difficulties (there are three to choose from) or more complex songs, it can be hard to keep up with what’s happening. Not having specific buttons assigned to each character is imperfect to say the least, but it’s functional enough. 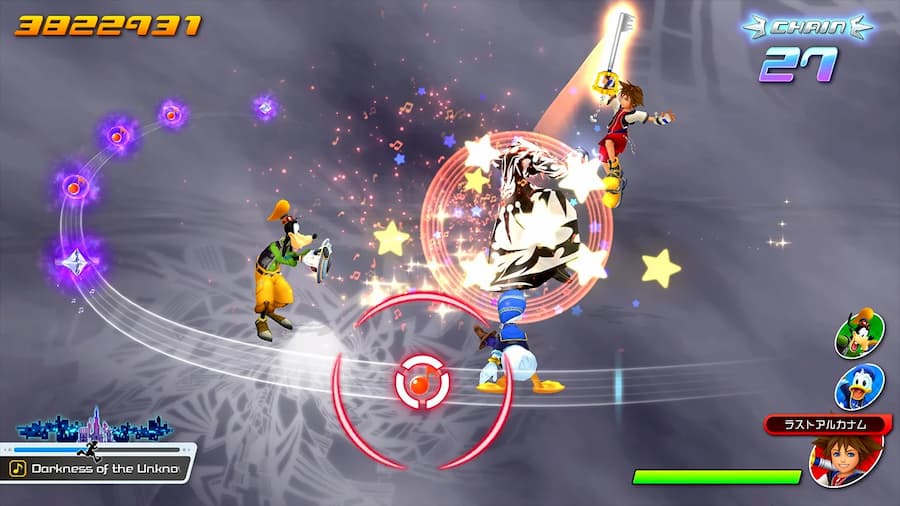 A bigger problem, I think, is that many of Kingdom Hearts’ songs just don’t lend themselves well to the rhythm game formula. As beautiful as the tracks are, many of them don’t exactly pack the beat needed to make for good rhythm play. There are notable exceptions of course, but for the most part, it’s rare you feel like you’re actually performing to the beat. You’re simply hitting buttons to attack enemies while the Kingdom Hearts soundtrack plays away in the background. It’s not necessarily a bad thing if you’re a huge fan of the franchise, but it doesn’t make for the best rhythm game experience.

On top of regular tracks in World Tour, you’ll also have ‘boss’ battles. Here, the gameplay changes up completely. The three tracks are replaced with just one, and along with hitting notes at the correct time, you’ll also have to occasionally hold them down and move your thumbsticks in a certain direction. It’s perhaps a better system than the main gameplay, so it’s a shame there’s only a handful of these. They’re also quite a spectacle; your party carries out the epic battle in the background, while your notes to play appear in front. 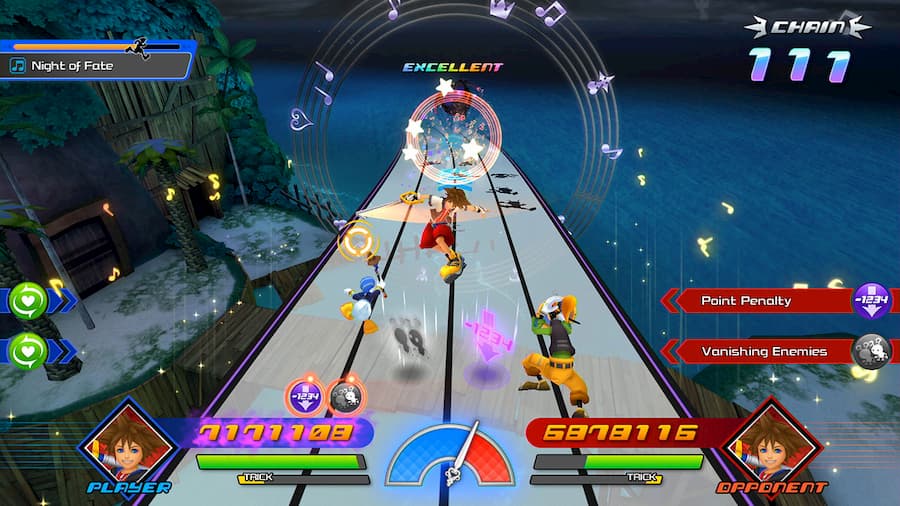 Each track can be played on three difficulty levels. Medium is a good place to be for most players; there’s an adequate amount of challenge, and notes are sufficiently placed without ever being too sparse (as can be the case on the easiest difficulty). The hardest difficulty – ‘Proud’ – puts up a fierce challenge where you’ll really need to be co-ordinated and focused.

In terms of gameplay mechanics, there are undoubtedly better rhythm games out there than Kingdom Hearts: Melody of Memory. Being able to use any of three buttons just feels a bit slapdash. And as fantastic as the Kingdom Hearts’ soundtrack is, much of it doesn’t feel particularly suited to rhythm play. As such, you should probably think twice before jumping in if you’re simply after a new rhythm game. But if you’re a fan of the Kingdom Hearts franchise, its issues are easily overlooked, making it much more of an interesting prospect.

Kingdom Hearts: Melody of Memory is available on PS4, Xbox One and Switch. We reviewed the PS4 version of the game on PS5, with a code provided by the publisher.