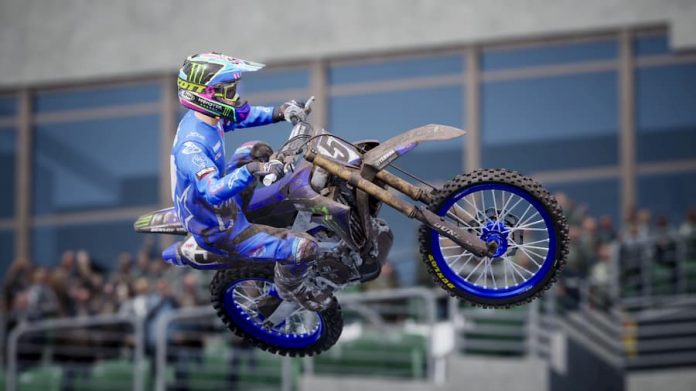 Ready for some more Monster Energy Supercross action? The fourth game in the series is set to release in March 2021.

Coming from racing game aficionados Milestone, Monster Energy Supercross – The Official Videogame 4 brings new modes to the franchise, promising to be the biggest in the series yet.

If you’re a fan of supercross action, then, this might be one to keep on your radar. And if you’re lucky enough to have upgraded to the new generation of consoles, you’ll be pleased to hear it’s getting a specific release on both PS5 and Xbox Series X/S.

For the first time, the game will have an all-new Career Mode, allowing players to climb the ranks. You’ll start in ‘Supercross Futures’ and steadily improve your skills until you reach the Pro levels of 250SX and 450SX. There, you’ll face off against more Pro riders than ever before, so you better bring your A-game.

Also new to complement Career Mode is a skill tree. As you progress through Career Mode in Monster Energy Supercross – The Official Videogame 4, you’ll earn skill points by completing training and events. Those skill points can be spent in order to improve your rider’s stats in a certain area.

But that’s not all that’s new. There’s also a new ‘Compound’, a free roam area set against the picturesque location of Maine Islands. There, you can simply explore, take part in challenges and find collectibles. You can also take part in various co-op game modes, where you can race against friends on a number of tracks.

Of course, popular features from the franchise will be making a return. The Track Editor will be present, though featuring more customisation options than before. You’ll also be able to customise your rider with over 100 officially-branded items.

Overall then, it sounds like Monster Energy Supercross – The Official Videogame 4 plans to offer the ultimate in supercross entertainment. We’re excited to give it a try, and we’ll have more on the game closer to launch next year.

Monster Energy Supercross – The Official Videogame 4 is scheduled to release on 11th March 2021. It’ll be available on PS5, PS4, Xbox Series X/S, Xbox One, PC and Stadia. Give the game’s trailer a watch below. 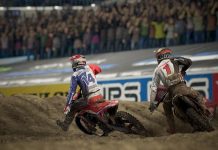