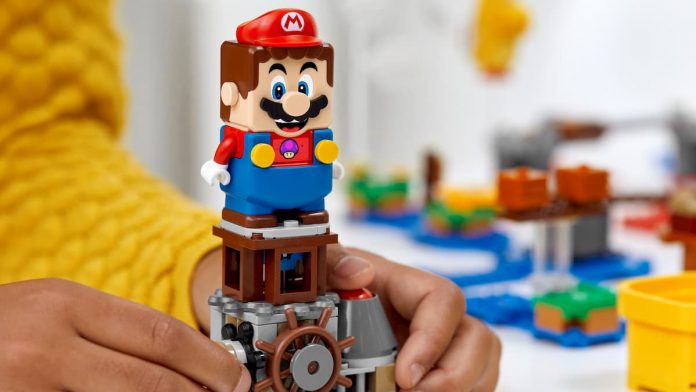 Today, LEGO and Nintendo have announced that a new wave of Super Mario sets are due to come out on 1st January. Compatible with the existing range of LEGO Super Mario sets, there’ll soon be a brand new creative toolbox, three new expansions, two new power-up packs and a new series of collectible characters.

The first of the new sets is Master Your Adventure Maker. It’s described as a “creative toolbox”, designed to allow builders to fully customise their existing Super Mario course. As you can see in the picture below, rather than being a complete set by itself, it adds in lots of elements. So it’s somewhat of an expansion to the original Starter Course that released earlier this year.

The Master Your Adventure Maker set will retail for £49.99. 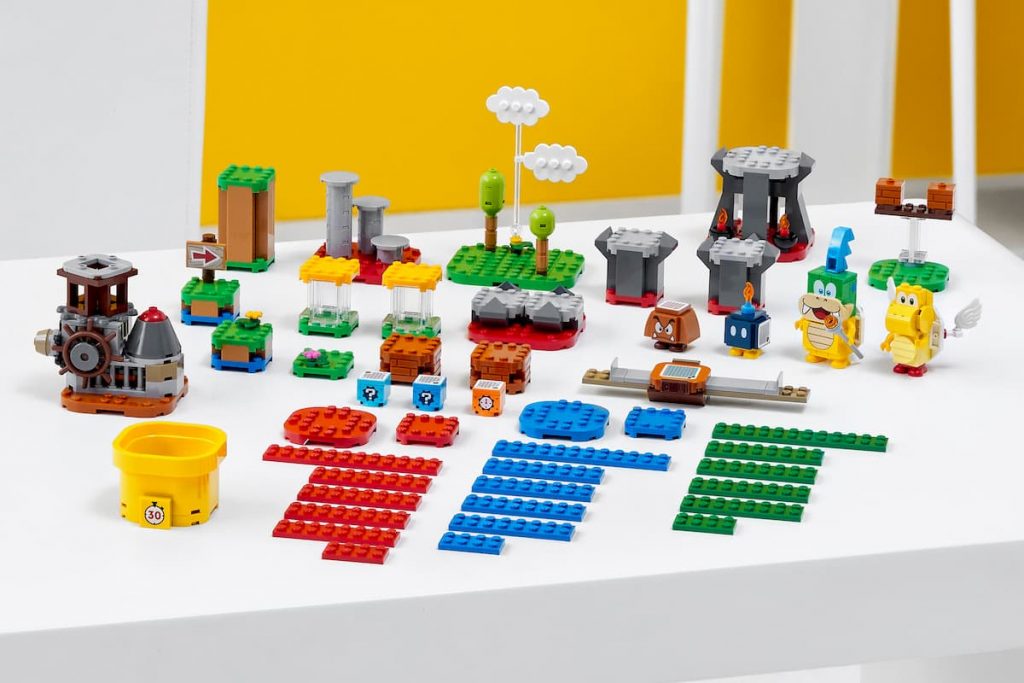 This set contains 160 pieces and retails for £19.99. It’s a cute jungle-themed set containing a brick-built Chomp. As if you didn’t guess already from its title. 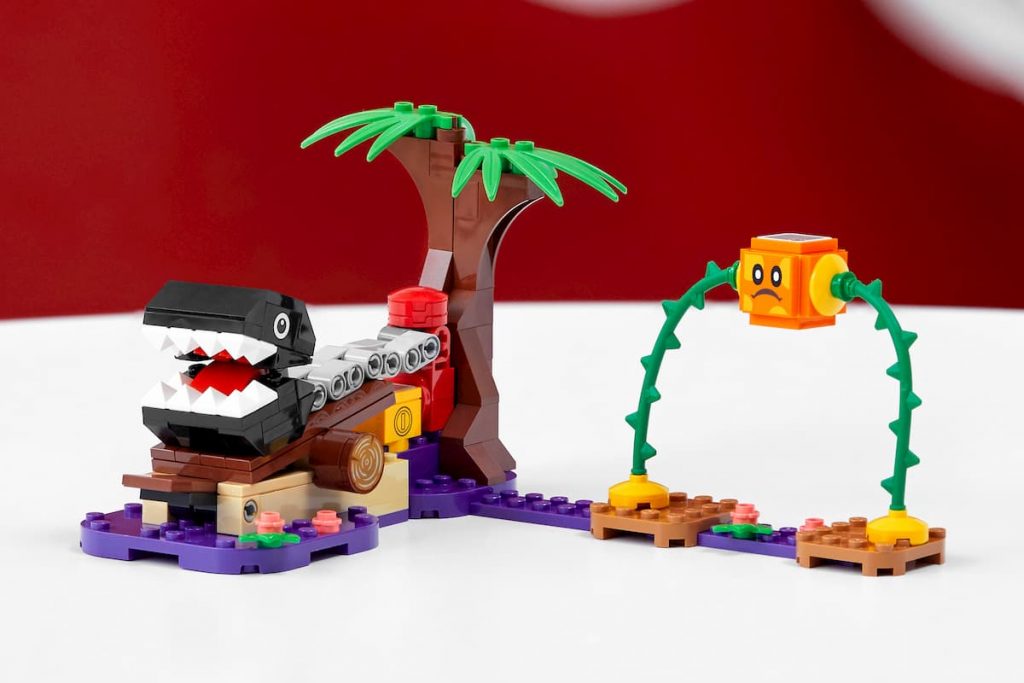 Next up, Piranha Plant Puzzling Challenge (bit of a mouthful) contains 267 pieces and retails for £24.99. Containing two piranha plants, a see-saw obstacle and an enemy to be stomped, it’s a nice addition to any adventure course. 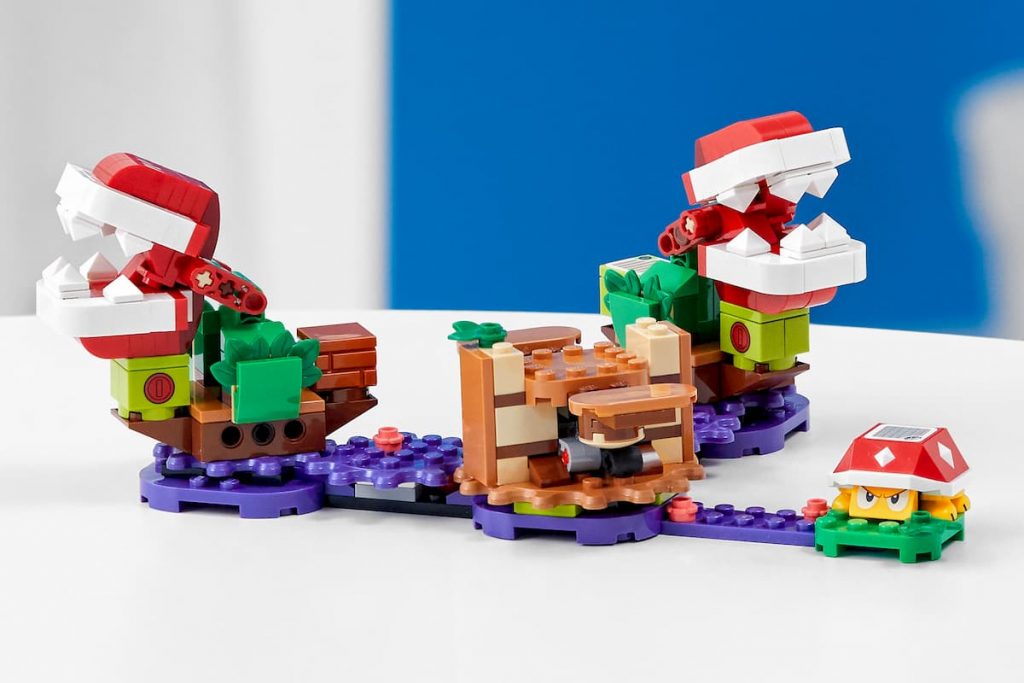 The final expansion set is Wiggler’s Poison Swamp. There’s 374 pieces to this one, and it costs £34.99. And, you guessed it, it puts Mario in a poison swamp.

With an eye-catching purple base to represent the swamp, it’s significantly bigger than the other sets. There’s a lot of neat details here; a flying enemy, a long (and distractingly cute) Wiggler, some floating blocks, a goomba and more. 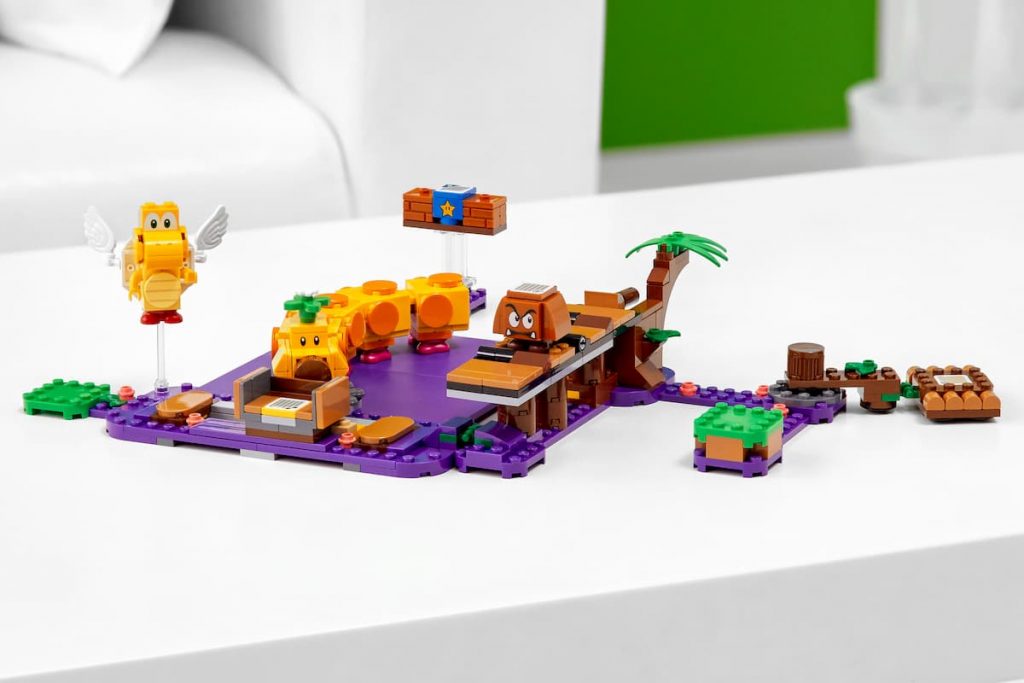 We’re not done yet! Accompanying the new expansion sets are two new power-up packs and a second series of character packs.

The two new power-up suits for Mario are Penguin Mario and Tanooki Mario, both priced at £8.99 each. Look how cute they are: 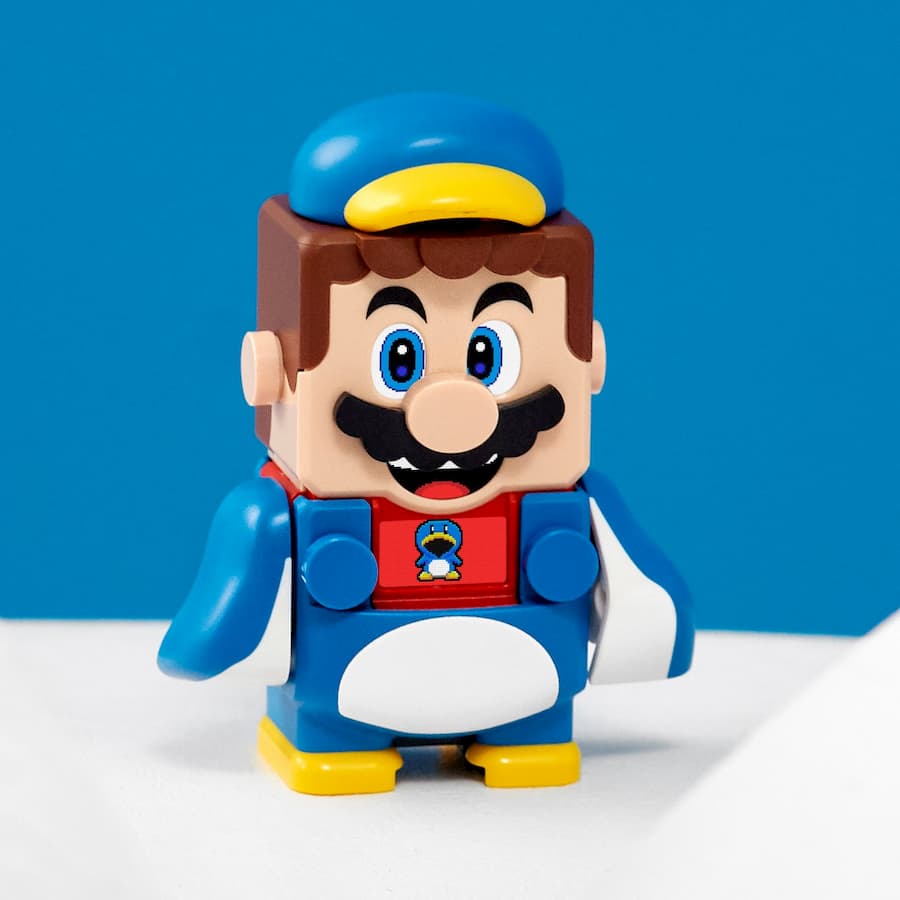 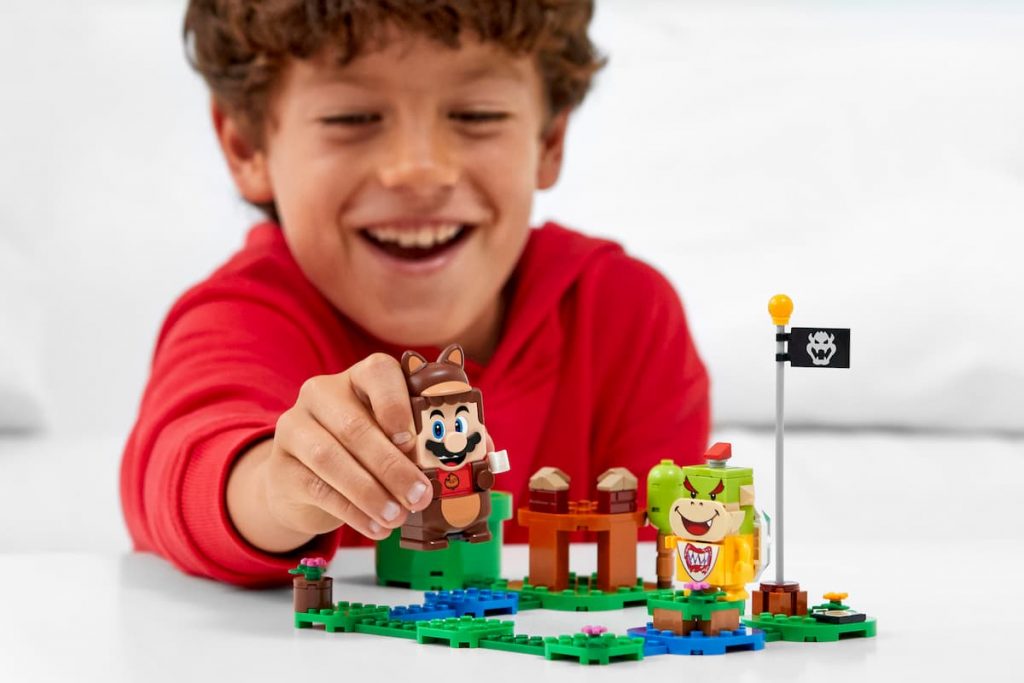 You can see the second series of characters below. As before, each will come packaged in a blind bag, priced at £3.99. The unusual shape of most of these makes them easier than minifigures to have a feel around at, though… 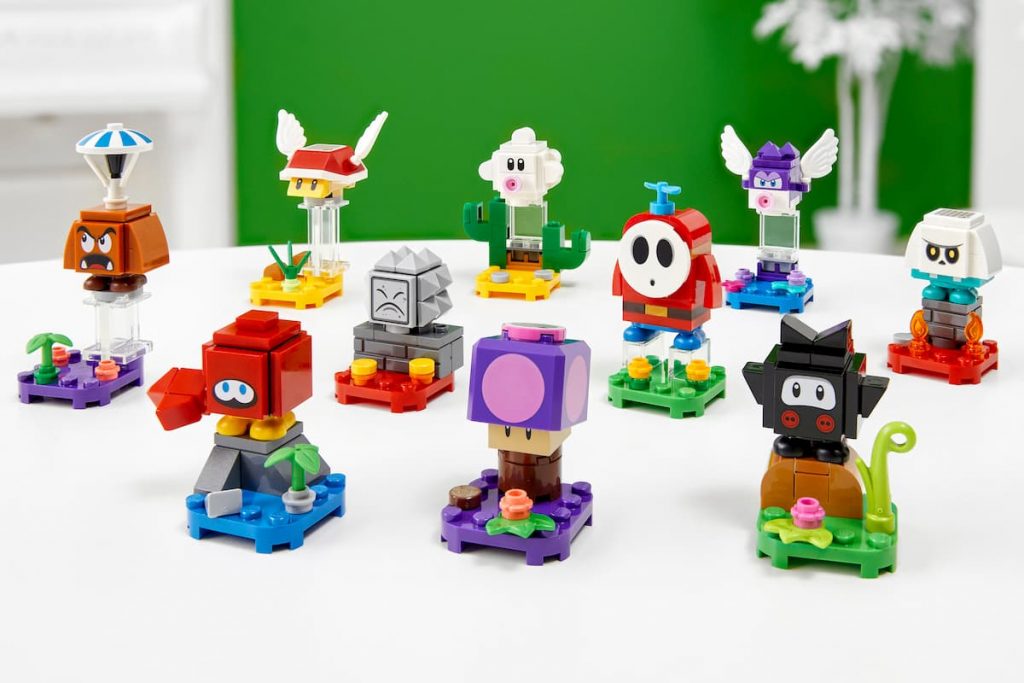 Phew. All of these new LEGO Super Mario sets will be available from LEGO in-store and online, and selected third party retailers, from 1st January 2021.

This article originally appeared on That Brick Site.