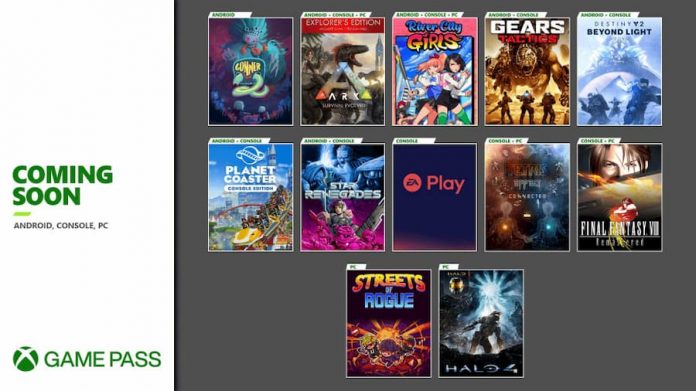 We are officially having a crisis over how many games we need to play.

Xbox Game Pass is very possibly one of the coolest things that Microsoft has ever done. Having access to dozens upon dozens of games for a monthly fee is more than worth it. And new games are consistently being added to the list. November is a huge month for the company with the release of the Xbox Series X/S, but that hasn’t stopped it from giving Xbox Game Pass members new games.

We’ve already had some excellent titles added this month, but more are incoming, and some have already landed. Gears Tactics, brand new to Xbox consoles, is available now, as is Planet Coaster: Console Edition. Players that have been wanting to jump into Destiny 2 can now do so with the addition of Destiny 2: Beyond Light coming November 10th.

Even gamers that love a classic will be able to enjoy the competitive online and local multiplayer title Tetris Effect: Connected which takes everything players love about Tetris and makes it even more addictive.

Here’s the full line-up of new games coming to Xbox Game Pass and when you can play them:

Furthermore, seven EA titles are also available on Android via cloud gaming. More can be expected soon, but for now, these are the titles that you can play on mobile from today:

Unfortunately, all good things must come to an end and there are also games leaving Xbox Game Pass this month.

Leaving Game Pass on November 16th are Darksiders III, Munchkin, The Talos Principle and Tracks: The Train Set Game. If you want to play any of them, make sure you do so by the 16th!