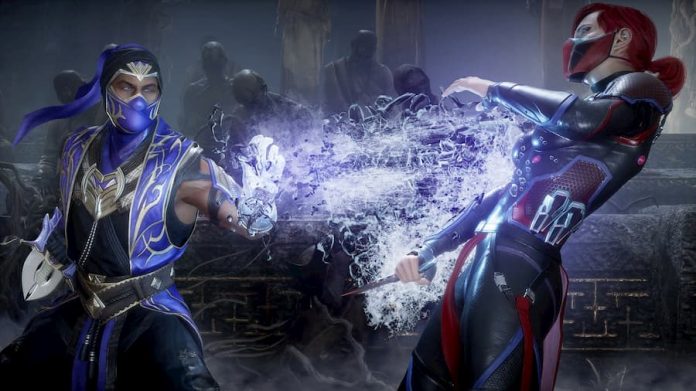 Packing in all post-launch content, Mortal Kombat 11 Ultimate really lives up to its name.

Good things come to those who wait is a saying that really hits home in the world of video games. If you bought Mortal Kombat 11 upon its launch back in 2019, chances are you’ll have been happy with it but have had to fork out even more money since to add additional characters into the mix. You might have even bought the Aftermath expansion, which also brought with it another packaged version of the game. Mortal Kombat 11 Ultimate is yet another, available both physically and digitally, and includes everything found in the Aftermath Kollection along with the new Kombat Pack 2. And it costs the same as the base game did last year.

Mortal Kombat 11 Ultimate, then, is obviously aimed at those who are yet to jump into the world of Mortal Kombat 11. Though it’s also a good pick up for those who own the base game and haven’t yet picked up any DLC for it yet despite intending to do so. After all, it’s cheaper than buying all the DLC separately. Those who did buy the Aftermath Kollection earlier this year, or the standard version of the game last year, can pick up Kombat Pack 2 by itself for £11.99/$14.99. Adding series stalwarts Mileena and Rain into mix, as well as guest character Rambo, it’s worth doing so.

Mileena is a grotesque yet instantly likeable character, thanks largely to her easy-to-pick-up moveset. Plus, who doesn’t want to creep out players by exposing a monstrous mouth and licking their faces with an elongated tongue? Meanwhile, Rain’s command over, er, rain, makes for some flashy specials. Mortal Kombat fans are bound to love them, and will no doubt spend hours tweaking their appearance and movesets to better suit their tastes.

Rambo, on the other hand, is likely to be love/hate affair. Featuring the voice and likeness of Sylvester Stallone himself, I don’t like playing as him that much – his moveset seems a little bland. But then I’m not particularly a fan of the films, either. Pitting him against Arnold Schwarzenegger’s Terminator is entertaining though; a dream battle of two action movie icons.

With Kombat Pack 2 brought into play, Mortal Kombat 11 Ultimate‘s character roster stands at a whopping 37 characters. They’re a diverse bunch, too; there truly is a character for everyone. Maybe even two or more. Along with all the other gameplay enhancements and content additions since launch, including Friendships and the Aftermath story, it’s quite possibly the most feature-packed fighting game ever made. Whether you like to play alone against the CPU or spend your time battling others online, hours upon hours of violent, gory entertainment await.

Perhaps the most notable thing about Mortal Kombat 11 Ultimate is that it’s launching on next-gen consoles. It’s nothing to get too excited about, however, at least for those who have already played a prior version of Mortal Kombat 11 on PS4 Pro or Xbox One X. It already ran at close to 4K on those consoles, and while enhanced visuals are stated as a part of the marketing blurb, you’d be hard pushed to tell the difference when playing the next-gen counterparts even when placed side-by-side. It’s maybe a tiny bit sharper? Maybe.

The real benefit of playing Mortal Kombat 11 Ultimate on PS5, or Xbox Series X/S, is that load times are reduced. You can move between menus more fluidly, and go from one fight to the next without ever finding yourself waiting long enough to consider reaching for your mobile phone. For a fighting game, that’s a big gain.

If you haven’t yet played Mortal Kombat 11‘s duo of story modes, or you fancy making your way through them again, you’ll also be glad to find that their scenes have been redone in 4K. It makes them more of a pleasure to watch, and keeps the transitions between story scenes and combat natural. On PS5 the 4K story scenes are downloaded by default; you simply download the PS5 version of Mortal Kombat 11. Thanks to Smart Delivery on Xbox, you download the base game and can then choose to download the original story scenes or the new 4K ones, which are pretty much twice the size. If you’re not interested in the story, you can also choose to not download any story scenes and save some storage space.

You don’t have to buy Mortal Kombat 11 Ultimate to enjoy its scant next-gen offerings, however. A free upgrade is available for Mortal Kombat 11 owners on both PS4 and Xbox One, allowing them to reap the benefit of their new consoles. Crossplay has even been added, making it easier to find matches online. Xbox Series X and S owners will, in fact, find themselves forced to upgrade, which may be bone of contention as it then must sit on their console’s internal storage; the benefit here won’t outweigh the cost for some.

Still, back on point, if you haven’t already invested in Mortal Kombat 11, this Ultimate edition is a steal. For the price of the base game just over a year and a half ago you get the full package, which includes two great story campaigns, 37 customisable fighters and a whole lot more. Its combat might not be as fluid or enjoyable in action as the latest Street Fighter or Tekken, but it makes up for it elsewhere. As fighting games go, none are more generous than Mortal Kombat 11 Ultimate, especially when it comes to single-player content. None are gorier, either.

Mortal Kombat 11 Ultimate is available on PS4, PS5, Xbox One, Xbox Series X/S and PC. We reviewed it on PS5 with a code provided by the game’s publisher.