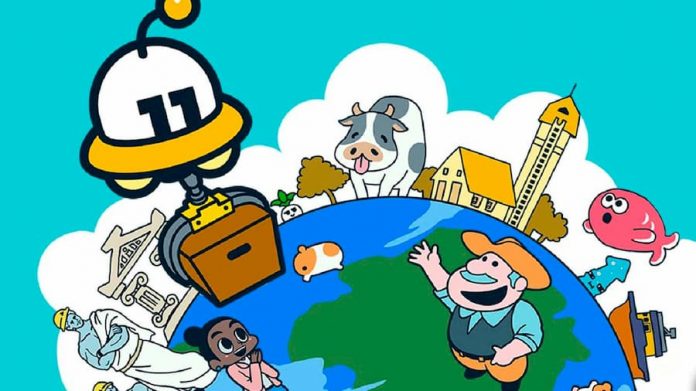 It’s never too late to learn to work hard.

There are a lot of great games out there that have engaging, incredible stories. Some games have head-scratching puzzles or riddles. Others have action-packed moments that keep players on the edge of their seats. Part Time UFO, recently released for Nintendo Switch, doesn’t have any of those things, but it doesn’t matter. It’s still a ridiculous amount of fun.

Part Time UFO is a short, challenging adventure where players control a UFO with a claw that can pick up objects. When the cute little UFO goes down to Earth for the first time, he’s immediately recruited to help a farmer get some farm equipment back into his truck. After that, the little guy realises that he could make a pretty buck by helping out other folks. He decides to keep going, and it isn’t long before he’s helping cheerleaders make the perfect pyramid, fixing broken museum art and loads more.

The game mechanics for Part Time UFO are super simple. You use your thumbstick to move the UFO around the map and you can use the action button to lower your claw to pick up items. On each level, you have a specific goal you’re trying to meet as well as two additional goals. One level, for example, tasks you with stacking five cheerleaders on top of each other without them falling. You’ll also get additional money if they stack to at least 3.5M high and if you finish the goal within the time limit.

These goals would be pretty simple if you didn’t have to deal with physics – which is basically your arch nemesis in Part Time UFO. 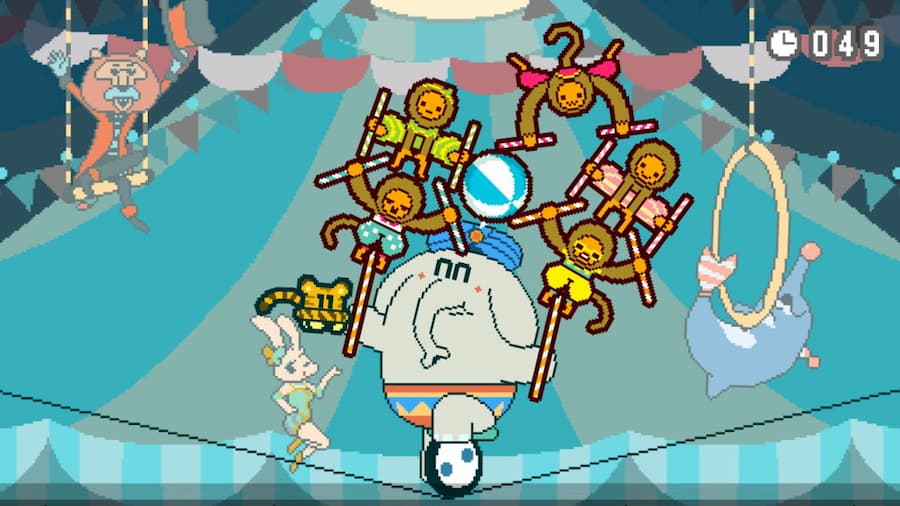 It may seem like Part Time UFO‘s simplicity would get boring quickly, but the game’s level variety keeps things from getting stale. Some levels will have you trying to make the perfect ice cream sundae; others trying to stack a pile of pancakes as high as you can get them. Sometimes you’re even pulling turnips out of the ground and throwing them into the back of a moving truck. Each level adds new goals and thus new challenges to the game.

Another important mechanic are the UFO’s outfits. After you’ve saved up a little bit of money, you can head into the store and look at all the outfits on offer. Some of them don’t do anything for you, they’re just cute accessories, but some of them give your little UFO some buffs. A puppy, for example, which hangs onto your UFO for dear life, gives you a speed boost. Other outfits make your claw lower faster, make it easier for you to carry things and generally give you abilities to help you out. 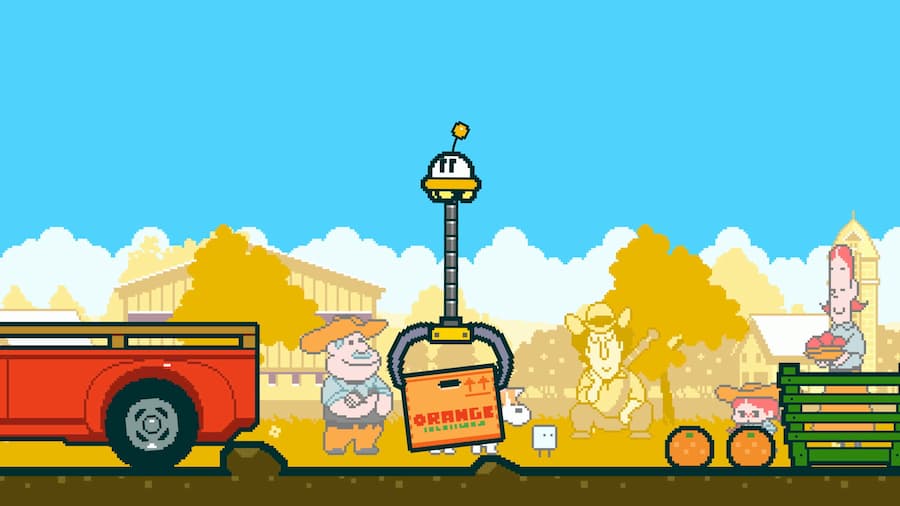 Once you’ve finished Part Time UFO‘s main set of goals, there’s a hard mode to jump into, where seasoned players can get an additional challenge. On hard mode, levels have new goals that are much harder than before. The hard cheerleader level, for example, has players trying to stack ten cheerleaders together without any of them falling. Stacking five was hard enough, but that’s the fun of hard mode.

Another fun small detail that makes Part Time UFO stand out are its silent characters. Despite having very little dialogue, it still manages to be packed full of charm. The one character that does talk the most, the shopkeeper, is about as adorable and cute as they come. Silent characters – like the clumsy woman who keeps breaking exhibits in the art museum, or the turnips that each have their own personalities – are just some of the reasons why Part Time UFO will have you coming back again and again. 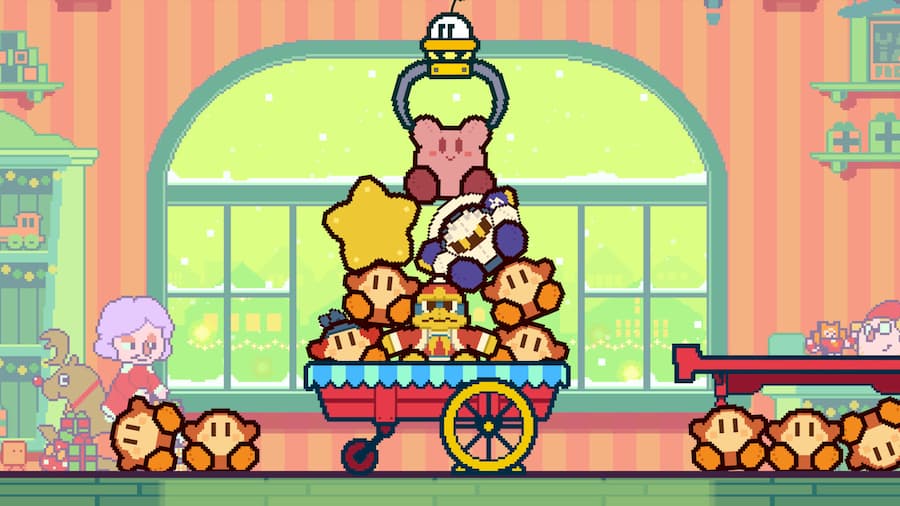 Exclusive to the Nintendo Switch version of Party Time UFO is the ability to play with friends. Unfortunately, multiplayer mode isn’t as much of a good time as you may think; it’s incredibly difficult. It’s very similar to Struggling or Heave Ho, where you really have to depend on you and your fellow partner being in sync. You both control your own UFO with your own claw and must work together to complete goals on certain levels. But co-op is so frustrating, that it’s hard to recommend even giving it a try. Unless you have friends or family members with incredible patience.

It was a joy to visit Part Time UFO again outside of a smart phone. Being on Switch gives the game new life, and it’s more enjoyable than ever. Thanks to its varied levels and its ridiculously cute characters, you’ll come back to it again and again. Just don’t expect too much from its multiplayer mode.

Part Time UFO is available on iOS and Nintendo Switch. We reviewed the Switch version with a code provided by the publisher.