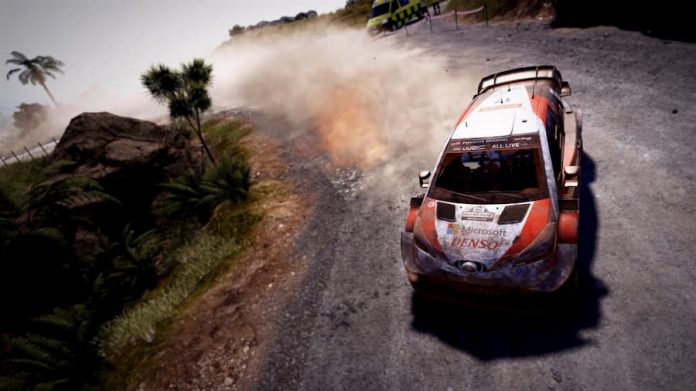 If you’re a rally game fan, chances are you’ve already got WRC 9 in your game library.

If so, and you’re one of the lucky ones that has been able get their hands on a PS5, you’ll find that you can download an enhanced version for free. If not, you might want to consider picking it up, pronto.

When we reviewed WRC 9 just a few months ago, we were very impressed with it. It’s got a brilliant career mode, responsive handling, and it looks pretty good, too. Go on, give our review a read if you’d like to know more about it. But also know that on PS5 it’s simply better in just about every way.

Thanks to the PS5’s cutting edge SSD, it should go without saying that loading times are dramatically reduced, meaning in any given playing session you’re going to spend more time actually driving. The visuals have been dramatically improved, too; there are higher quality textures and better effects, all presented in 4K.

A real gamechanger, though, is that it now runs at 60fps, making it play better than ever before on console. The fluidity not only further immerses you in the intense action as the world flies by, but it also grants you more control. Responsiveness is further increased and you’re given more feedback, making WRC 9 more enjoyable, and somewhat easier, to play.

On PS5 there’s another gamechanger, too: the DualSense controller. WRC 9 supports the DualSense wonderfully. Haptic feedback makes you aware of every gear change, every jump, and every bump. When on tarmac, you can also feel every skid as you handbrake turn around a hairpin. Kylotonn really has put the effort in.

Other DualSense features also impress, like how the left trigger, the brake, has more resistance to it than the right trigger, the accelerator. It also sometimes fights you. The controller’s speaker is used as well, and it’s all to great effect in making the experience more immersive. All in all, WRC 9 is a great rally game no matter what format you play it on, but its best experienced on PS5. It’s as simple as that. 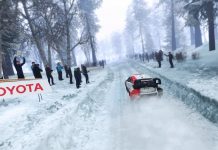