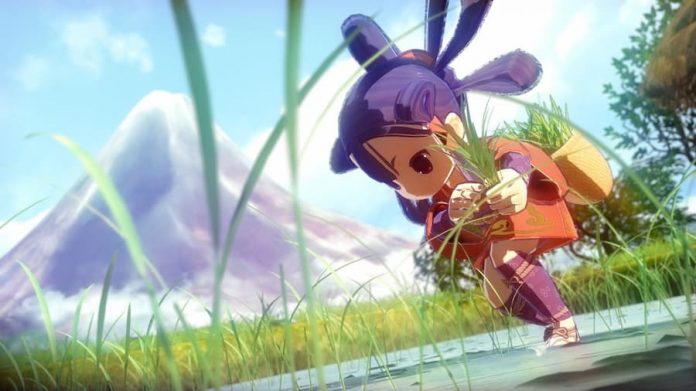 Some people just get the short end of the stick, eh?

Most people probably feel that way at least once, if not many times in their lives. You feel like the world is out to get you and nothing can go your way. That’s probably how the titular character Sakuna, from action-meets-farming game Sakuna: Of Rice and Ruin, feels about her life too. After all, in the span of just a few minutes she went from a powerful harvest goddess to a nobody.

Sakuna really does get the short end of the stick at the beginning of her adventure. Players are introduced to the game’s protagonist after she drunkenly discovers a group of humans that have made their way to her lofty realm, home to the world’s gods and goddesses. Due to her drunken stupor, she lets the humans pass and thus begins a comedy of errors.

After Sakuna and the humans mistakenly destroy a huge amount of the realm’s rice, they are all banished to a dangerous island that’s overrun by demons. As punishment, Sakuna must try to rid the island of its demons while protecting her new ‘friends’.

Sakuna: Of Rice and Ruin begins similarly to many side-scrolling adventures. You’re introduced to the combat and controls and they are, for the most part, pretty self-explanatory. We’ve played the game on PC, and it’s much better suited to controller use rather than mouse and keyboard, which can be fiddly. Sakuna is equipped with a normal and hard attack along with a hookshot-like device to pull enemies towards her or swing to the other side of them. This becomes especially handy later on when you’re introduced to enemies with shields. 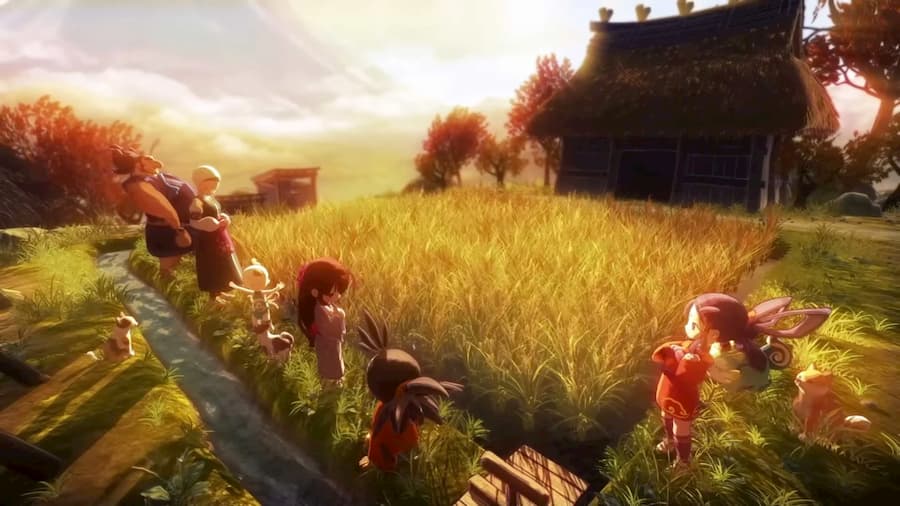 Combat is easy enough, especially considering that the first few sets of enemies you’ll encounter and deal with can be beaten with just a few swings of Sakuna’s sword. As you progress through the game though, enemies will get more difficult and you’ll learn new ways to improve your combat skills. The further you progress, the more special attacks you’ll unlock. Unfortunately, before those upgrades, farming enemies for resources and fighting the game’s many bosses and mini-bosses can be a huge drag. With only two or three moves, there’s just not much substance to the fights until later on.

The other activity that will take up a lot of your time in Sakuna: Of Rice and Ruin is rice farming. You read that right – besides, the clue’s in the title. Part of Sakuna’s duties as the new protector of her group of human friends is providing them with good food. And that involves growing and harvesting a rice farm. It sounds a bit silly when you’d probably categorise the game as an action-adventure, but farming in Sakuna: Of Rice and Ruin may just be the best part of the game. 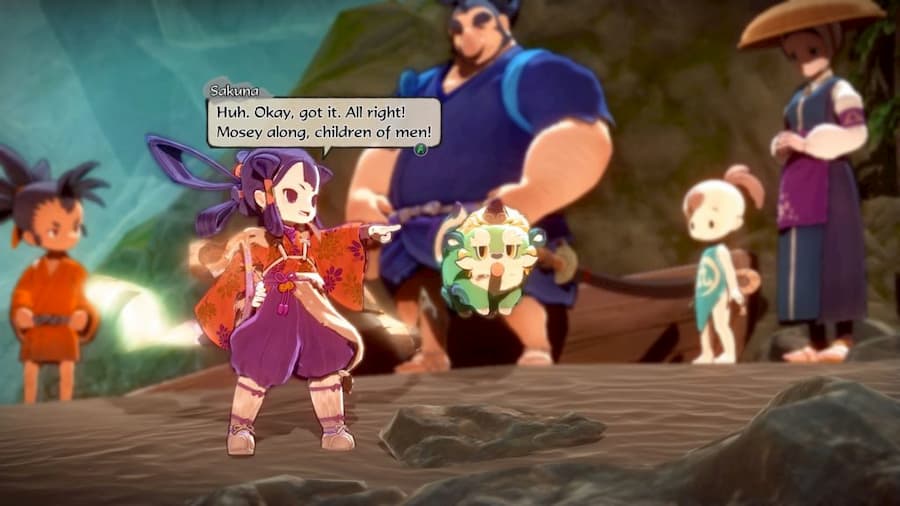 Starting your rice farm is very easy. First, you’ll plant your crops. Along the way, Sakuna will have to perform a variety of tasks that will help your rice harvest grow big and strong. You’ll master different equipment and complete activities such as tilling the soil, planting the seeds one by one and, of course, collecting your harvest. Sakuna: Of Rice and Ruin runs in days and seasons, so each day you’ll have more tasks to complete on the farm.

By carefully watching the health of your crops, you can tell what activity needs to be done, but you probably won’t have the perfect rice crop your first time around. At the end of each season, you’ll get tips to help you do better the following season. For example, you might have planted your seeds too close together, but with practice you’ll be able to find the perfect spots for your rice seeds. 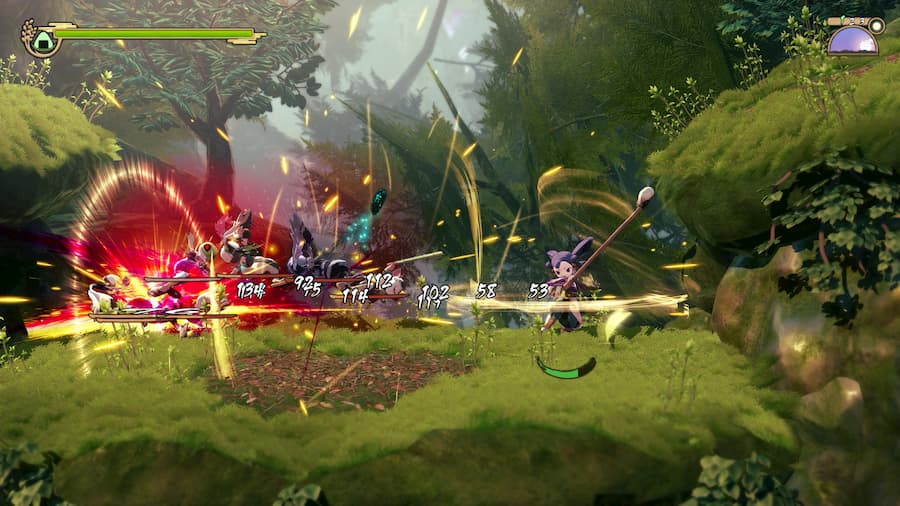 Farming is much more relaxing than fighting, which isn’t hard to believe. And that’s why it’s one of the most enjoyable parts of Sakuna: Of Rice and Ruin. Players get to take a break from sword fights, demons and drama and simply appreciate how complex the art of rice making is. Using certain tools like fertilizer, which isn’t explained very well, and managing weed growth on your farm can be a bit frustrating at times, but one deep breath and a flick of the wrist and you’re moving on to the next day’s work, forgetting all those pesky weeds you can’t seem to get rid of.

With your harvested rice and the meat you collect from demons you’ve killed, you’ll also be in charge of food prep for the group. Well, technically one of the women in your group is in charge of the cooking, but you’re responsible for providing her with all of the ingredients she needs. Each food has its own components, such as rice and rabbit meat, and those components give Sakuna various buffs that she’ll benefit from the following day. As such, picking which food to eat each evening is actually very valuable and important and not just a random choice. 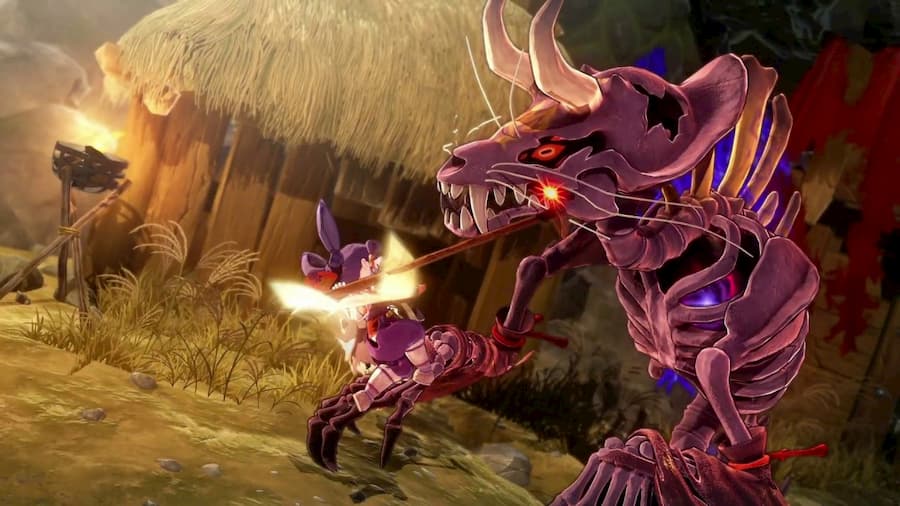 Finally, when you’re not fighting or tending to your crops, you’ll be able to go out exploring the island as carefully as you can. This is also an opportunity to converse with some of the other characters who have more than their fair share of tales to tell. And while Sakuna herself has a high-pitched, whiny voice, the rest of the cast’s voice acting is excellent. Even Sakuna grows on you after a while and you start to really root for her to succeed.

Sakuna: Of Rice and Ruin is more complex than one might expect, which is a pleasant surprise. The delicate and relaxing art of rice farming juxtaposed against the smooth and fast-paced combat makes this a unique but wholly engaging adventure. While combat can be a bit of slog until Sakuna has more abilities up her sleeve, it’s worth persevering with, because the result is a side-scrolling action title unlike no other.

Sakuna: Of Rice and Ruin is available on PC, PS4 and Switch. We reviewed the game on PC with a code provided by the publisher.

Buy Sakuna: Of Rice and Ruin on Amazon 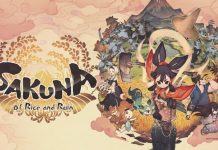 Sakuna: Of Rice and Ruin Launches This November 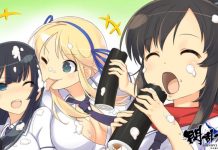 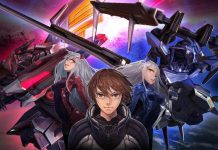