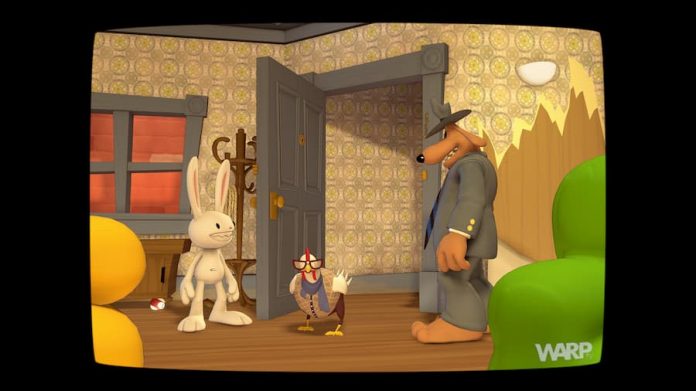 Here at GameSpew, we love seeing our favourite games get remastered. Who doesn’t? We get to revisit our old stomping grounds and see characters with new, shiny graphics. This time around, the title that is getting a makeover is Sam & Max Save the World.

Originally released in six episodes between 2006 and 2007, Sam & Max Save the World is a colourful and comedic adventure from Telltale Games. Due to Telltale closing down back in 2018, the rights to this funny duo was acquired by Skunkape Games. Now, Skunkape will be delivering a remastered version of this beloved game to PC and Nintendo Switch on December 2nd.

What is Sam & Max Save the World all about? Well, it follows the titular characters as they investigate a hypnosis plot. It involves celebrities, the mafia, government, the internet and more. If it sounds ridiculous, that’s because it is – and that’s what makes this wacky story worth playing all over again.

The remastered version of the game includes overhauled graphics, making Sam & Max look better than ever before. Players can also expect controller support, fully restored audio and numerous other additions that just wouldn’t have been possible back in 2006.

Pre-orders for Sam & Max Save the World are live today on Steam and GOG. Switch pre-orders will follow tomorrow, 11th November on the eShop at the price point of $19.99 USD. Anyone who already owns the original version of the game will receive 50% off on Steam and GOG. And anyone who purchased the game directly through the Telltale website will be able to claim a Steam or GOG key through the Skunkape website when it releases.

Check out a trailer to see Sam & Max in all their remastered glory below.