In another universe, we might have been playing Cyberpunk 2077 by now.

But in our actual universe, it’s been delayed several times. Understandable, given the size of the game and, you know, the pandemic and everything. But it’s only a few weeks away – and to whet our whistles, developer CD Projekt Red has shown off some console gameplay of Cyberpunk 2077 for the very first time.

The latest episode of Night City Wire, a YouTube series dedicated to the development of Cyberpunk 2077, shows the game running on Xbox One X and Xbox Series X. Those Xbox Series X scenes are from the game running in backwards compatibility mode; a specific next-gen version is to be released “at a later date”, with a free upgrade to those who own the game on PS4 or Xbox One.

On both consoles, you can see the game looks beautiful. And looks to perform well, too. With the video capping out at 1080p, it’s hard to see if the game looks much better on Xbox Series X. It’s likely to perform better though, and the load times will be significantly improved thanks to the console’s superior architecture.

Whatever machine you’re going to be playing it on, though, Cyberpunk 2077 looks to be on heck of a game. We can’t wait to get stuck into Night City. Only a few more weeks to go.

Give the Night City Wire a watch below to see 10 minutes of gameplay from both consoles. 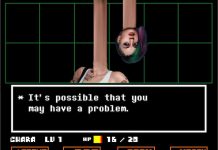 Cyberpunk 2077 is Back on the PlayStation Store

Cyberpunk 2077 is Coming Back to the Playstation Store This Month