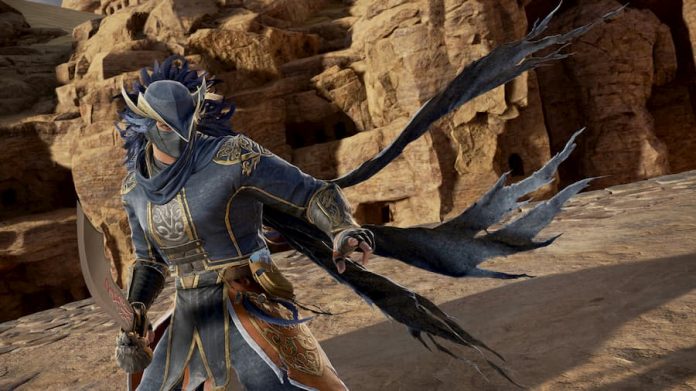 Be the light that strikes down evil with this new character being added to SoulCalibur VI.

It was recently announced that the final DLC character for SoulCalibur VI will be the mysterious swordsman, Hwang. Hwang makes his way to the game on Wednesday December 2nd. It’s the first time he’s appeared in the series since SoulCalibur III back in 2005.

In the trailer below, players get an in-depth look at how Hwang will play in the game, as well as what his character stands for. He wishes to take down evil and be a protecting light in the darkness. It’s clear from the trailer that Hwang will be a difficult opponent. He is agile and uses very precise moves with his sword to take down enemies quickly and efficiently.

But Hwang’s appearance isn’t the only thing that players have to look forward to. SoulCalibur VI will also be receiving a free content update. The update includes a new stage, the “Motien Pass Ruins,” as well as parts for Seong Mi-na’s Classic Costume. It also adds new Mitsurugi and Nightmare Episodes.

Hwang may be the last character coming to SoulCalibur VI, but he isn’t the last of the new content. DLC 14 for the game will include Character Creation Set E which allows players to customise their characters in a variety of new ways.

If you have Season Pass 2, Hwang will be available as part of it. He’ll also be available to purchase separately.