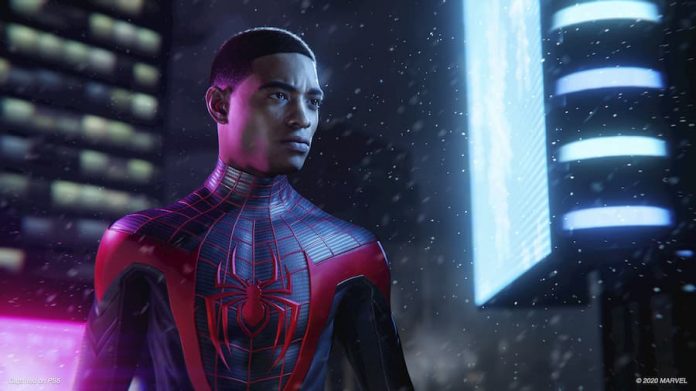 Until we tried PS5 for the first time yesterday, we were a little underwhelmed with our experience with next-gen so far.

“Temper your expectations”, we said in our review of the Xbox Series S. Sure, the Series S was always going to be underpowered compared to Xbox Series X and PS5, but it was most disappointing not to have any true next-generation games to try out on it. So far, everything looks more-or-less the same as it does on our Xbox One X. So, when we unboxed a PS5 yesterday and installed Spider-Man: Miles Morales, we were absolutely blown away.

Hands down, we haven’t seen anything that looks as stunning as this. Not even on PC. It was a sort-of jaw-dropping moment, seeing the game’s rendition of New York City for the first time. Screenshots and trailers haven’t done it justice. With true 4K visuals, Spider-Man: Miles Morales looks crisper and sharper than anything we’ve seen before. And the draw distance; well, there is no draw distance. Everything as far as the eye can see is crystal clear. With one of the best instances of ray tracing we’ve seen yet, it looks hyper-realistic. No real-world location is as colourful and mesmerising as that.

Swinging through the streets, jumping from skyscraper to skyscraper has never felt better. Miles Morales has two visual modes: Fidelity, or Performance. Fidelity favours how the game looks, with the highest quality textures and ray tracing turned on. Performance turns off some of the bells and whistles, including ray tracing, to favour an infallible framerate. It still looks great in Performance mode. And it still performs great in Fidelity mode. But it’s nice to be able to make a preference. We opted for Fidelity, for those slightly more awe-inspiring visuals.

It’s a huge step up from Marvel’s Spider-Man – which still looked great when we played it on a PS4 Pro. But Miles Morales feels truly next-gen; it offers that spine-tingling moment you crave when you turn on a brand new console for the first time. And if this is only the beginning of the generation, we can’t wait to see what we have to look forward to a couple of years down the line. Just imagine what Naughty Dog are going to come up with next.

We’re excited. And if you’ve got a PS5 pre-order to arrive in the next week or two, you should be excited too. We can’t wait to see more, so we’ll be jumping further into Spider-Man: Miles Morales as soon as we can. Keep your eyes peeled for a full review from us in the coming days.