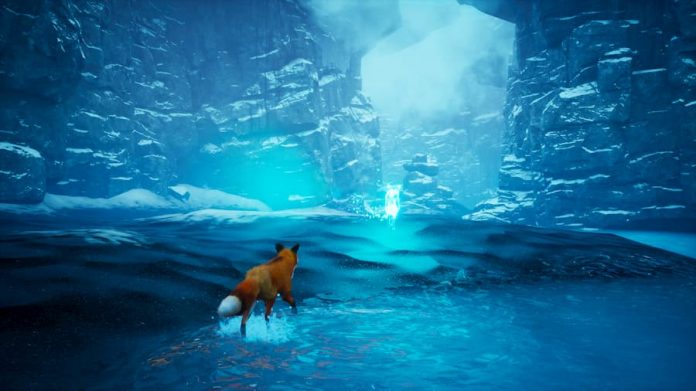 I rather enjoyed my first hour or so with Spirit of North: Enhanced Edition on PS5.

I didn’t have much of an idea of what was actually happening, but I didn’t care. I was happy to be in control of a cute fox, running through a wonderfully scenic environment while following the spirit of a fellow fox. Every once in a while I’d do a good deed, too, locating a staff before reuniting it with its deceased owner, seemingly putting their souls at ease. As I progressed further into my adventure and the hours clocked up, however, my opinion of Spirit of the North: Enhanced Edition became less favourable.

Best described as a scenic puzzle game, Spirit of the North: Enhanced Edition keeps things rather simple. There’s no dialogue to be found, no reams of text to be read; everything just happens rather naturally. When you begin the game, your foxy buddy even has surprisingly few abilities – they can’t even run. They can bark and wag their tail though, which you’ll probably do until it loses some of its initial charm. It never becomes totally joyless activity though.

Initially then, Spirt of the North: Enhanced Edition is all about exploration. But it doesn’t stay that way for long. After a somewhat traumatising event, your fox becomes one with the spirit fox you’ve been following, which opens up a new world of abilities. First, you gain the ability to absorb light energy by interacting with bright flowers. This is useful as you’re then able to transfer it to stone tablets which essentially serve as locks or switches. Later on in the game, you’re also able to use that energy to perform a burst of light, removing a red weed that seems to be corrupting the land. And there are a couple more spirit abilities to unlock and make use of, too. 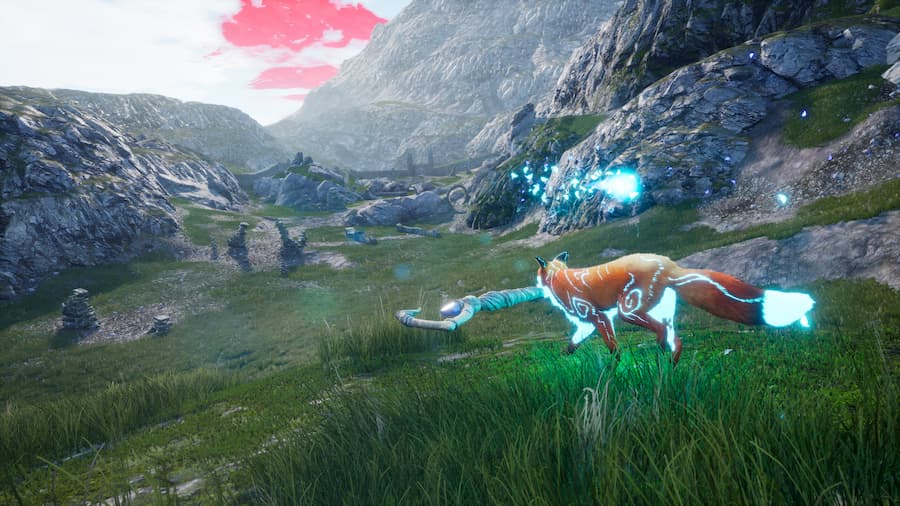 The only problem is, after using your spirit energy, you have to replenish it again. And so, for the most part of Spirit of the North: Enhanced Edition, you’ll find yourself hunting down flowers before using the energy provided by them in a myriad of ways. After a few hours, the process just becomes tiring. And there’s not much point to it, either; the energy provided by these flowers isn’t a limited resource. Perhaps if there were a better balance between exploration and puzzle solving including your light powers and without, it wouldn’t be so much of an issue.

With that in mind, it’s safe to say that Spirit of the North: Enhanced Edition outstays its welcome. Which is especially troublesome given that it’s not a particularly long game. Your mileage may vary depending on how keen you are to track down the bodies of the deceased and reunite them with their staffs, as well as how quick you are to solve puzzles, but expect to spend somewhere between four to eight hours with your foxy companion before your your journey comes to an end. After that, I’d wager that most will never return.

Perhaps the worst thing about Spirit of the North: Enhanced Edition is that controlling your fox just doesn’t feel quite as tight as it should. With plenty of platforming to be done, manoeuvring yourself around the environment feels a little stilted and unnatural at times. Some of the fox’s animations are also wooden. You’ll particularly rue the controls later into the game, where the puzzles and platforming become more demanding.

A section involving geysers irked me the most, catapulting my fox up into the air but giving me little control of them as they flew. Get it wrong and I’d have to slowly tread through water, power up my fox with yet another flower, use the energy to power up an obelisk, then try and successfully navigate the geysers again. After numerous failed attempts, partly because I had no idea where I was actually supposed to go, I was ready to throw in the towel. 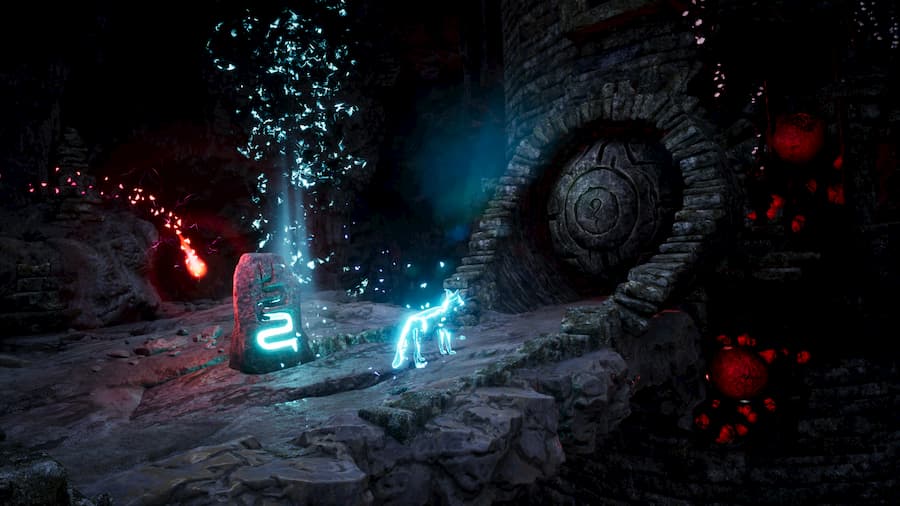 Still, despite the irritations, I powered on. Perhaps because Spirit of the North: Enhanced Edition looks so nice at times. With higher quality textures, fancier special effects and improved performance, it’s a joy taking in the scenery as you manoeuvre your fox about their business. And then there’s the soundtrack, which is absolutely sumptuous. When the game’s puzzles aren’t making you scratch your head or pull your hair out, the experience is almost meditative as you take in the sights and sounds and find solace in their occasional tranquillity. This enhanced edition includes two new skins for your fox that are exclusive to PS5, too, allowing you to give the ridiculously cute thing a new look.

What you should take away from this, then, is that Spirit of the North: Enhanced Edition isn’t a great game. I’d even struggle to call it good. It’s overly simple at times, and when the puzzles do ramp up, they quickly become repetitive or let down by the game’s stilted controls. But it’s not all bad. You’ll no doubt enjoy taking in the picturesque scenery and listening to the game’s wonderful soundtrack, and there are some pockets of fun to be found. If you’re after something a little bit different and have a lot of patience, give it a try, especially if you like foxes. If not, steer clear, or maybe pick it up in a sale.

Spirit of the North: Enhanced Edition is available on PS5. A code was provided by the game’s publisher to facilitate this review.