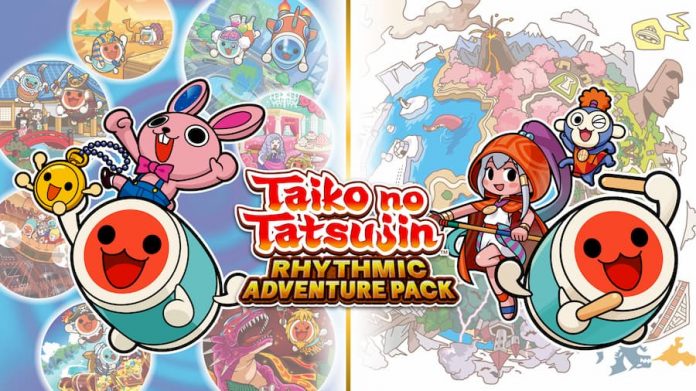 Previously released only in Japan, these music titles have players embarking on brand new stories with the series’ beloved characters.

In Adventure 1, Don-chan is on a quest to save history! No pressure or anything. Players will team up with Ticky and Tocky and travel to moments in time, meet historical figures and take on enemies in 4v4 rhythmic battles.

Adventure 2 has players joining Tia and Popo Kaka who have an important goal of their own. They must find the stolen necklace of the Lion’s fang from the Sorcery Society Hexaglia. A different story isn’t the only thing that differs in Adventure 2; it has players performing in 8v8 battles!

Taiko no Tatsujin: Rhythmic Adventure Pack featuring Adventure will be available as a physical and digital release on December 3rd exclusively for Nintendo Switch. You can also purchase each title separately, digital only.

If you already purchased a Drum Controller for Taiko no Tatsujin: Drun ‘n’ Fun! you can make use of that here. But your normal controllers work fine, too.

Check out both trailers below.