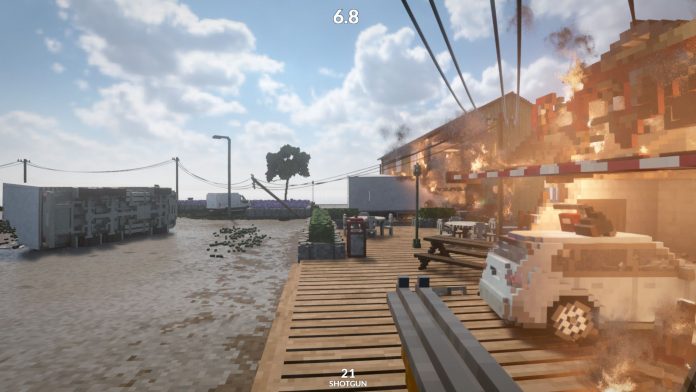 Teardown challenges you to smash your way to the path of least resistance, escaping with your ill-gotten gains before anyone’s any the wiser. Apparently.

The premise behind this voxel-based action game is that you’ve been blackmailed into stealing from various locations, such as a chemical company and a marina. Currently in Early Access, Teardown gives you all the time in the world to set up a path between the items you’re tasked with taking, but once you grab the first item, you’ve got a limited amount of time – typically sixty seconds – to get the rest before it’s game over.

You can stack up items, blast path through a building, clamber over a bulldozer, whatever it takes to give you a clear route home. And yes, there’s fun to be had doing just that; Teardown has already found favour with speedrunners on and off YouTube. But the truth is that Teardown makes smashing things such a joy that its intended gameplay loop seems almost incidental.

It takes Minecraft‘s demolition features and dials it up to 11. Why take the stairs when you can knock out the walls and bring the upstairs down to you? You start Teardown armed with a measly hammer, but you quickly learn that, unless there’s a key item attached to that level, virtually everything can be demolished.

Yes, I was supposed to be stealing computers, but if you will leave the keys in a JCB, what do you expect? Five minutes later, I’d smashed my way through four brick walls, only running out of steam when the vehicle did, at which point I leapt into a dump truck. What makes destruction in Teardown especially pleasing is that, with no obvious slowdown, fragments don’t disappear. Smashing through the building, the pieces I’d dislodged fell into the back of the truck, rattling around as my rampage spiralled. 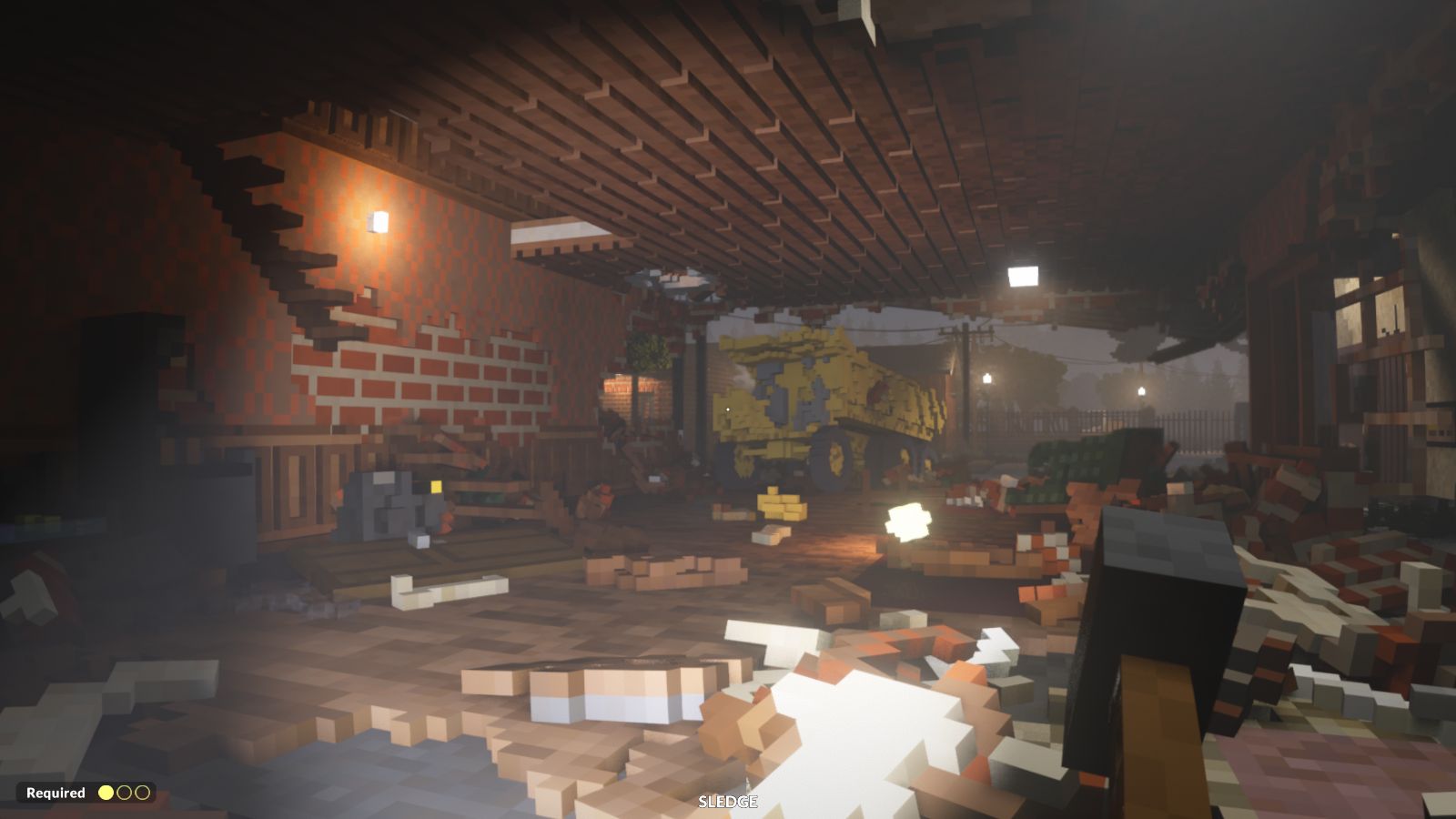 Teardown is currently in Steam Early Access, and while there’s no fixed release date, it’s current unfinished incarnation is absurdly entertaining, whether you choose the path of thievery, or just decide to smash anything in sight. There’s a full sandbox mode, as well as several other destructable levels including a (mercifully uninhabited) medieval settlement.

I do have mixed feelings about Teardown‘s creative mode, which will let you build and destroy an environment of your choice. On the one hand, it will encourage creativity and add even more mileage to the game. But on the other, it leaves the game wide open for the sort of intentional offensive behaviour that could land the title in hot water.

If a bit of smash and grab is up your street, or you just want to work off some tension without resorting to a real sledgehammer, you can check out Teardown now. It’s available on Steam for £18.49.