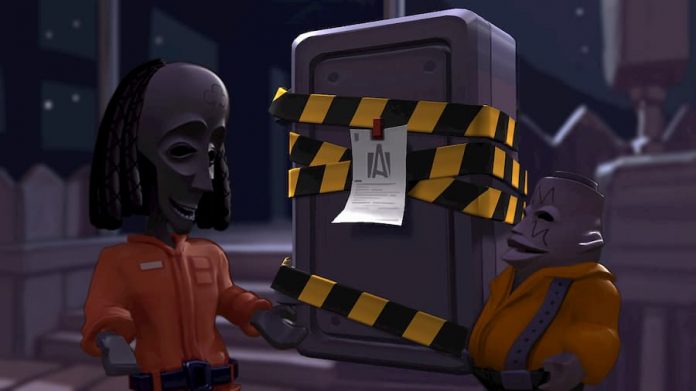 This adventure starts slow, but things heat up quickly.

Many gamers have a love/hate relationship with point-and-click games. Oftentimes, they’re not easy. You spend much of the game collecting items and trying to figure out how they smash together. Talking to characters rarely helps in the way you wish it would, and moving your cursor around to pixel hunt for interactable items is a chore. That being said, The Journey Down from developer SkyGoblin makes those finicky point-and-click tropes easy to stomach. It’s silly, exciting and intriguing, and manages to keep the player motivated from beginning to end.

The Journey Down tells the story of two friends, Bwana and Kito. The two buds are having a spot of bad luck. They’re totally broke and struggling to make ends meet at the gas station they run. When a beautiful woman named Lina comes through the station looking for a book that contains illegal details on how to reach a place called the Underland, things start to take an exciting turn. The Journey Down is split into three chapters, and Chapter One sees players attempting to find parts to fix up an old airplane so you can help Lina deliver the book safely to her colleague.

The story may sound a little bit complicated, but you’ll get stuck in right away. You’ll take control of Bwana as he explores the surrounding area looking for the parts he needs to fix up the plane. Players will also get glimpses into the more sinister parts of the story; you’ll find out a little bit about the Underland, which is a place that exists below the edge of the world. It’s a taboo subject, apparently, and owning any information on it is strictly illegal. Lina isn’t the only one looking for the book, and you’ll be introduced to two thugs who want to take it. It feels like a classic story that’s been told before, but with an Afro-Caribbean twist it’s refreshing and fun. 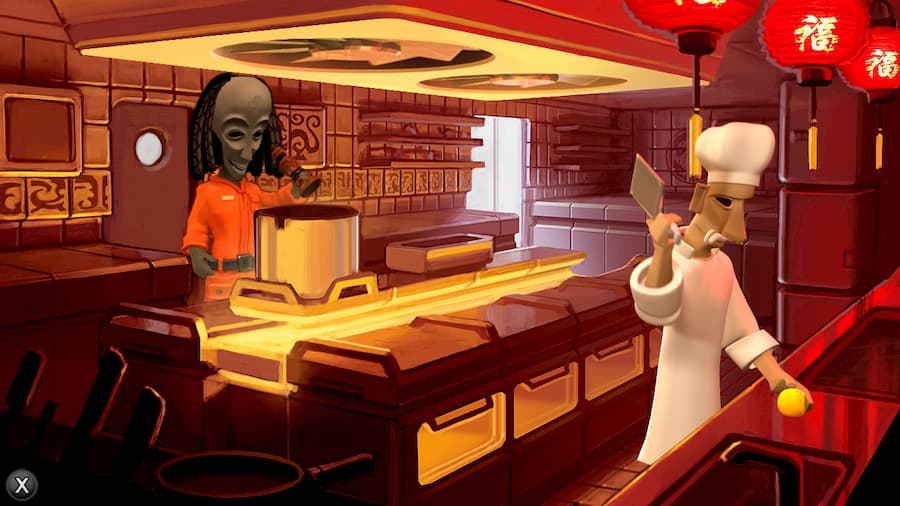 In general, The Journey Down plays just like classic point-and-click adventures. Players must interact with their surroundings, picking up items as they go to help them solve puzzles. The game eases you in gently by only giving you one or two areas in which to find the items you need. Some of the solutions are a little obtuse, but with only small areas to explore it’s easy to work out; a broken ladder can be fixed by opening a cabinet and finding breadsticks, for instance. Thankfully, there’s nothing too terribly difficult to start but, just as you might expect, that changes later on.

Controlling your character in The Journey Down isn’t always the easiest feat. Your character moves very slowly and, sometimes, goes places you hadn’t intended for them to go. For example, in the Gas ‘n’ Charter if you click on the register Bwana will walk all the way around the counter, very slowly, to open it. Then, if you click on the bell next to the register he’ll walk all the way back around again. There’s a few of these strange moments that warranted an eye roll and a sigh, but there’s nothing too infuriating. 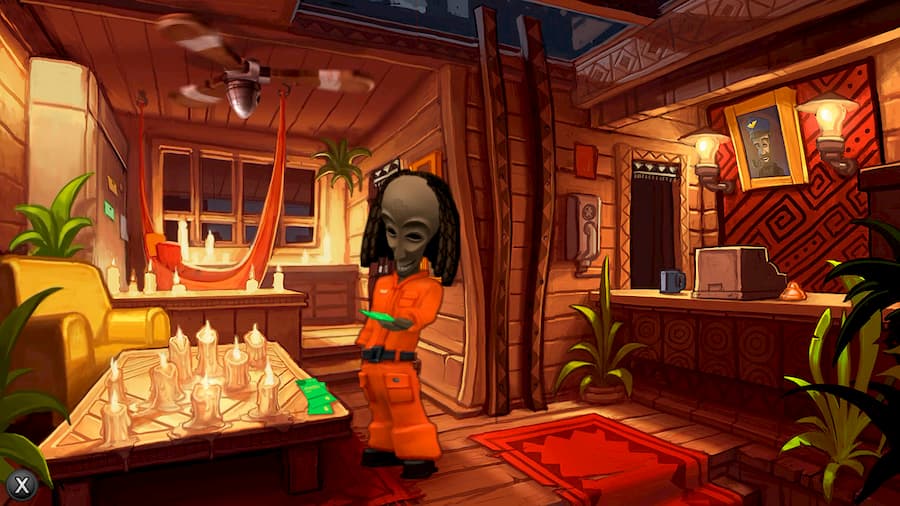 The Journey Down plays just how you’d expect on the Nintendo Switch. It has found a welcome home on the console and looks fantastic on the console’s handheld screen. The game takes place on a variety of 2D backgrounds with 3D characters. Each scene has a few 3D elements added into it as well, and it’s all done flawlessly. The game just looks great. The characters, especially Bwana and Lina, have gorgeous emotive faces and the world they interact with is dark yet colourful.

What makes The Journey Down stand out from others in the genre is its sense of humour and characters. The writers are masters of quick wit and subtle quips. Each NPC has their own personality; from the chef whose nationality is still a mystery to me to the two tough thugs that desperately want to get their job done. These characters bring the game to life and make the world feel immersive and real. 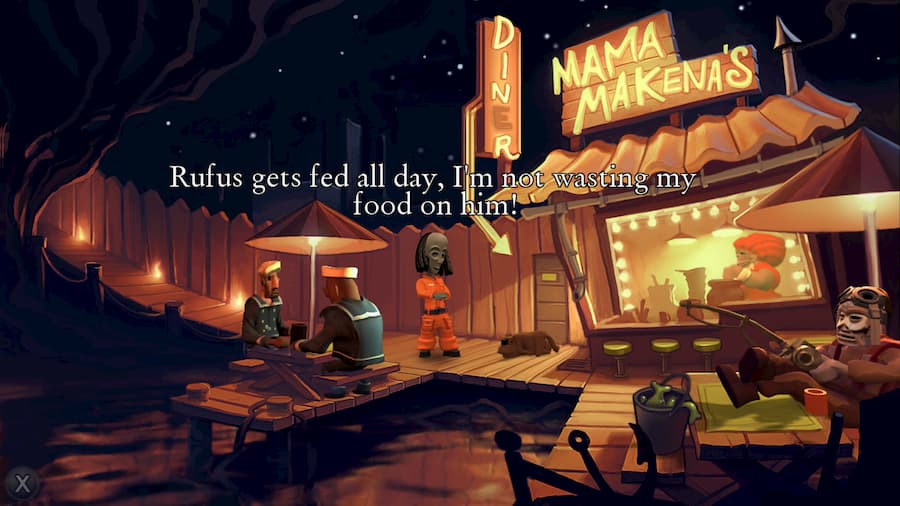 While the game does a lot of things right, there are a few minor problems I encountered during my playthrough. There were a few audio issues where characters’ dialogue would cut out suddenly for a second or so at a time. The game has subtitles so it wasn’t a big deal, but it also happens with the music during certain cutscenes. I also occasionally got stuck moving from one area to the next, as though I were stuck on an invisible wall. That being said, these issues are very minor and don’t take much away from the overall experience.

The Journey Down is available on PC, PS4, Xbox One and Nintendo Switch. We reviewed the game on Nintendo Switch with a code provided by the publisher. 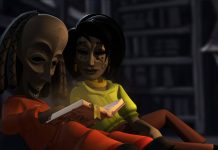 Review: The Journey Down is a Shining Example of the Point and Click Genre