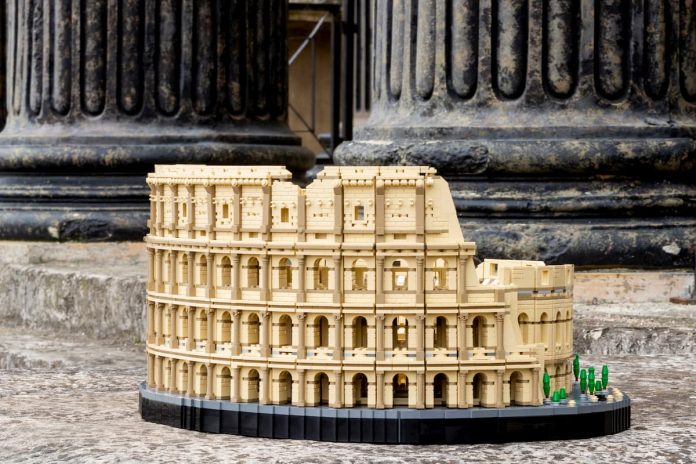 If you like your LEGO sets with as many pieces as possible, boy have we got the announcement for you. LEGO has just revealed the LEGO Colosseum, the largest set to date.

A replica of the famous Roman Colosseum, it’s the largest LEGO set in terms of pieces with a whopping 9,036 pieces. In the style of LEGO Architecture sets, though, they’re mostly tiny pieces, so this isn’t the largest set in terms of diameter. It’s still far from small though, measuring an impressive 27cm high, 52cm wide and 59cm deep. You’re going to need a big shelf to put it on.

You’re also going to need a pretty big wallet: the LEGO Colosseum will cost an eye-watering £449.99. After the LEGO Millennium Falcon and Star Destroyer, it’s the third most expensive set ever released.

If you’d like to get your hands on the LEGO Colosseum, you won’t have to wait very long. It’s coming to LEGO.com and in-store at LEGO branches on 27th November. If you’re a VIP member purchase it during its launch window, you’ll also get a free gift; a Roman Chariot, designed to be displayed alongside the set.

You can see more pictures of the LEGO Colosseum below.

This story first appeared on That Brick Site.