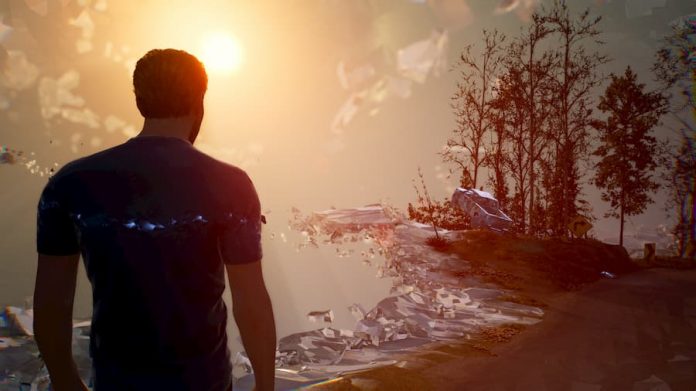 Dontnod Entertainment has already provided us with one brilliant narrative-driven adventure this year in the form of Tell Me Why. But why stop at one?

Launching on 1st December, I’ve played through the opening couple of hours of Twin Mirror, the studio’s second release this year. A psychological thriller, it follows Samuel Higgs as he returns to the town of Basswood following the death of his brother, Nick. But things soon get complicated.

Straight off the bat, Twin Mirror lets it be known that Samuel is a bit different. An investigative reporter, he likes to withdraw into himself, exploring what he calls his “Mind Palace”. Furthermore, in a Deadly Premonition-esque twist, he often confides with his inner voice given form. Though whether it’s a case of a split personality or simply a figment of his imagination remains to be seen.

Arriving in Basswood for Nick’s wake after missing the funeral, it soon becomes clear that Samuel isn’t much liked in the town. It turns out he’s the victim of his own success; an investigation he carried out some years ago led to the closure of the local mine, making many unemployed. That was just one of numerous reasons why he left the town and hasn’t returned since. But now he’s back, and after hearing concerns that Nick’s death might not have been an accident, he’s inclined to hang around and dig for the truth.

To give anything else away at this point about Twin Mirror‘s story would be irresponsible on my part, but needless to say, Samuel soon finds himself at the centre of something big; something that means his visit to Basswood won’t be the simple in-and-out he intended it to be. It’s also something that will allow him to put his investigative skills to the test, and you will be glad he has them. 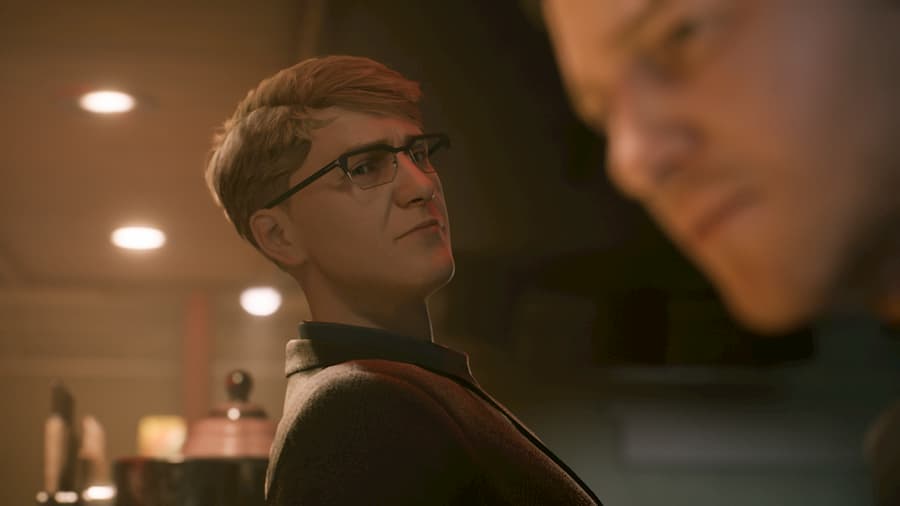 Like in Dontnod’s other narrative-driven adventures, you’ll spend much of your time engaging in dialogue in Twin Mirror. You’re often free to wander around environments and strike up conversations as you see fit, with occasional dialogue choices to make that may lead to different outcomes. Some of the biggest choices you make, however, will be presented to you by your alter ego; whether to face up to the consequences of your actions, for example, or to go on the run.

Something that sets Twin Mirror apart from Dontnod’s previous narrative-driven adventures though, is the focus on investigation. In the first couple of hours with with the game you’ll find yourself investigating numerous scenes, searching for clues as to what might have happened there before entering Samuel’s mind palace to piece things together. Your task is to deduct the truth by following the clues to their logical conclusion, and to give you a helping hand, a cool visualisation plays out your current hunch until you get it right.

Samuel’s mind palace isn’t the respite you might initially believe it to be, however. In one scene, Samuel was chased by an unknown presence; to escape, I had to keep running and enter strange ethereal doors to get him to calm down and pull himself together. In another harrowing journey to the mind palace, I had to get him to focus when it seemed like everyone was out to get him. As brilliant as Samuel’s mind appears to be, it’s also very troubled. 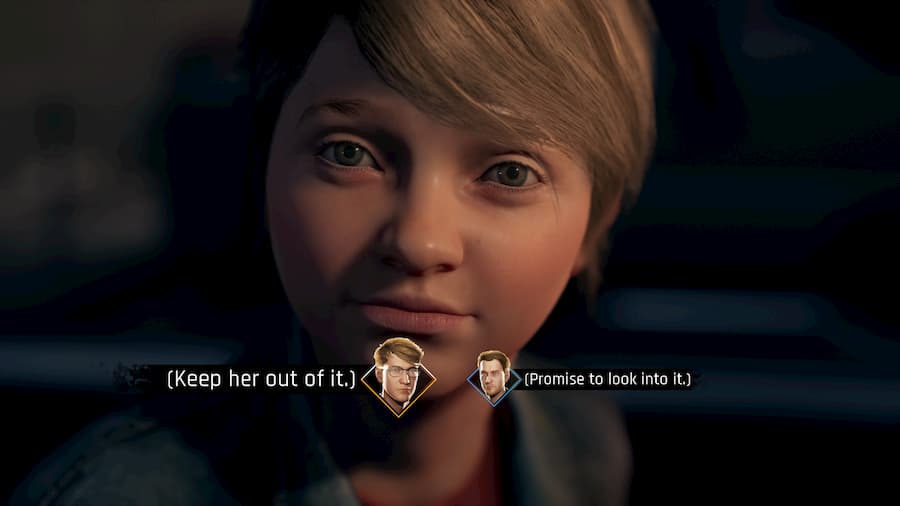 It should go without saying that Twin Mirror appears to be just as gripping as Dontnod’s previous releases. At the end of the preview I was eager for more, and that’s always a good sign. It helps that it’s presented so well. Like the recent Tell Me Why, Twin Mirror is a big step up from Life is Strange visually, with lifelike character models and detailed, lived-in environments. Voice acting is also of a high standard, and as usual a great soundtrack accompanies the on-screen action.

Needless to say, if you’re up for yet another high-quality narrative-driven adventure this year, with an ample amount of investigation work sprinkled on top, you’d be wise to keep Twin Mirror on your radar. It has all the signs of being yet another hit for Dontnod, which seems to be able to keep us gamers clinging to its narrative threads with all our might. And as usual for the studio, I have a feeling that Twin Mirror might also play with our heartstrings, too.

Twin Mirror launches 1st December on PS4, Xbox One and PC via the Epic Games Store. 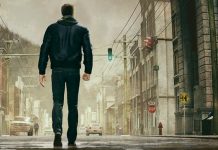