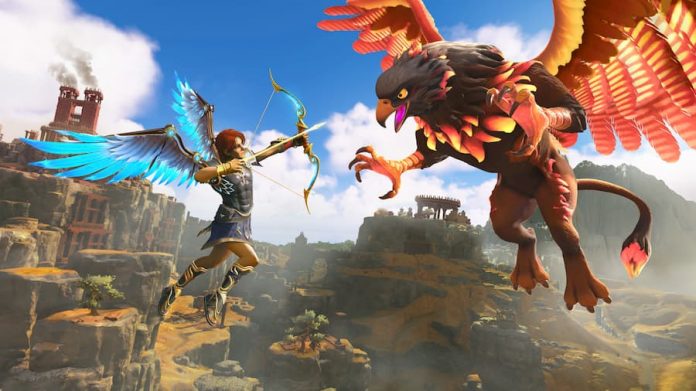 Ubisoft is soaring into the future and revealing what is coming up for Immortals Fenyx Rising.

Immortals Fenyx Rising has been in the works for quite a while. It has even gone through a name change. Here at GameSpew, we can’t wait to get our hands on the full game and experience Fenyx’s adventure.

Now, after loads of changes and updates, Ubisoft has revealed post-launch plans for the game. This gives players a first-hand look at what will happen to the game after its initial release including DLC.

The Season Pass will include three DLC for the players to embark on. They are:

Players that purchase Immortals Fenyx Rising Gold Edition will automatically have access to the Season Pass, though it will also be available as a separate purchase.

Ubisoft has also announced that after launch the game will have free in-game events, weekly dungeon challenge and daily quests. Essentially, there’s going to be plenty more to do long after the credits roll.

Immortals Fenyx Rising is set to release on December 3rd for Xbox Series X/S, PlayStation 5, PlayStation 4, PC and Nintendo Switch. It will also be available on Stadia, and Amazon’s new streaming service, Luna.

If you can’t wait until December to play, there’s a free demo available right now on Stadia. You don’t need a subscription to play it – just a compatible device and an internet connection.