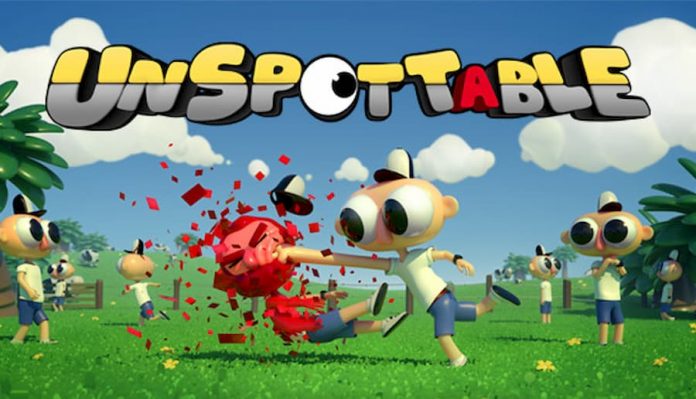 I love a good party game. In fact, I’m almost always the one who suggests pulling out a video game any time I’m with friends. And if that game involves lying and deceiving, you know it’s absolutely going to be a great time. Unspottable, from developer GrosChevaux, is a competitive local multiplayer game where players disguise themselves in a crowd and try to take each other out. And while there are only a few levels to choose from, it’s still pretty fun.

In Unspottable the rules are simple: don’t get caught by your friends. You’re all disguised as the exact same thing and you have a certain task. In most levels your task is simply to try to and sniff out which of the identical people in the room are your friends and punch them (TO DEATH).

At the same time, you’ll be trying to act as much like a computer player as possible so your friends can’t figure out who you are. In other levels, you’ll have additional goals, like eating four different kinds of sushi at the sushi restaurant or hanging out with four of the cool kids at school.

Succeeding in Unspottable is tricky enough with the one goal of figuring out which of the crowd are your friends. But when you add these additional goals on top of it, you’ve got yourself a roaring good time. You can choose how many rounds to play at the beginning of the game and whoever has the most points at the end, wins the whole thing. 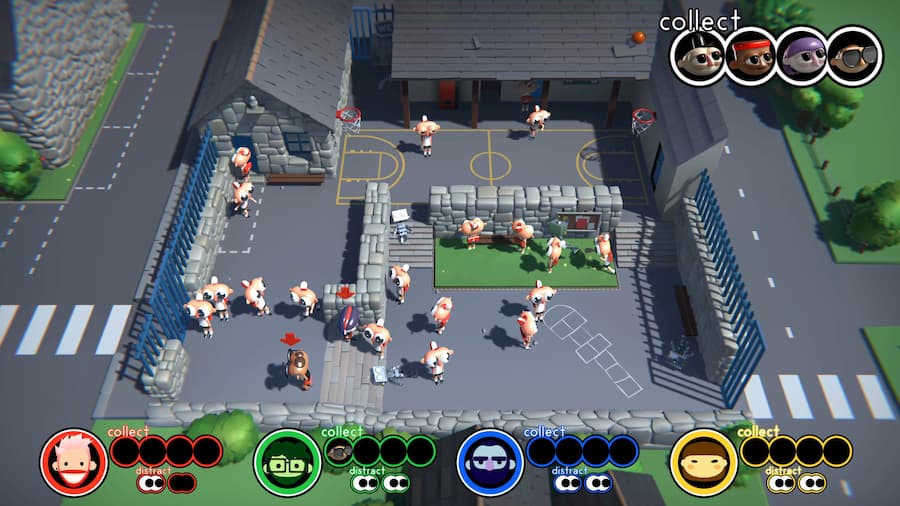 But that’s all there really is to Unspottable. It’s fun while it lasts – but it doesn’t last particularly long. There aren’t any special game modes or new levels to unlock; once you’ve played all the levels, you just have to pick which ones to go back to again. The game’s concept is hilarious, though, and it’s a lot of fun when you’re first starting out. Just don’t expect to play more than a dozen rounds before getting bored.

Despite being local multiplayer only, Unspottable works very well over Steam Remote Play. So if you’ve got nobody at home to play with, you can get a friend to join you remotely. My friend and I played like this and had absolutely no problems. 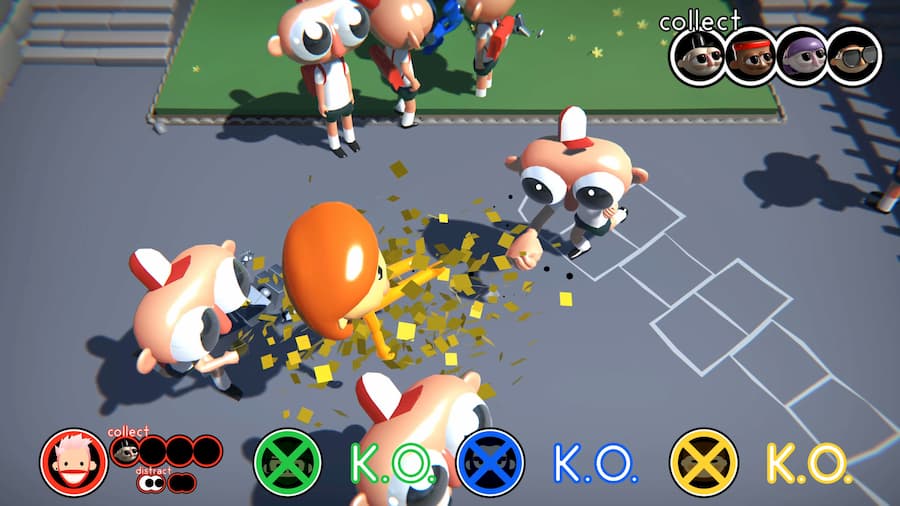 Unspottable has a really cool concept and a fun art style, but it’s a shame there’s not more to it. With only a few levels to choose from, it isn’t likely to keep a group of people entertained for a long time. But if you’re looking for a quick game to play with friends, it will definitely bring some laughs for a short while. And maybe a bit of yelling.