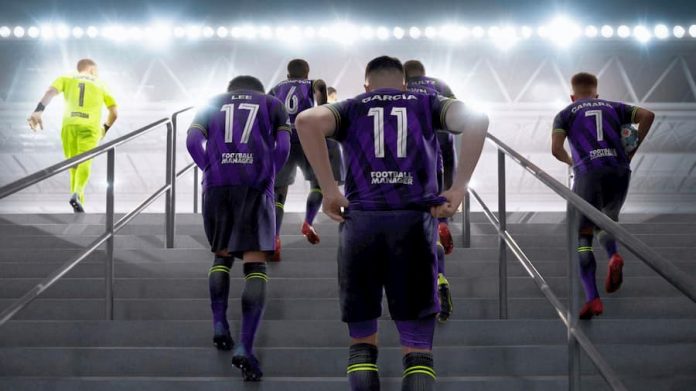 Management is hard at the best of times, let alone being in charge of 20-year-old millionaires performing their craft in front of thousands of fans.

That’s probably why so few football managers ever seen happy. Having played a tonne of virtual football management, including the new Football Manager 2021, my appreciation and astonishment for Jurgen Klopp’s ability to smile now beggars belief.

Some of the most exciting yet clinical football is being played right now, this decade. A lot of this relies on having teams aggressively press your opponent’s ball carriers, forcing them into mistakes and quickly counter-attacking while their team is out of shape. This is engaging to watch, brilliantly efficient and can lead to many wins if done correctly.

Liverpool’s ability to press and counter is second to none, but not every team is Liverpool. This tactic relies on extremely fit squads that run their socks off every game. It’s just not possible for every team; even those who do have that depth of athleticism will require rest in game.

If you employ a heavy tempo counter press every game, your team will tire quickly. This is true in the real world as it is in Football Manager 2021. Therefore you need to have periods of the game where you slow down the play.

Some players can be very vocal about being played in the position that they feel is best suited to them. They want to play in a role they understand, and in a formation that suits them. But you shouldn’t let a player’s positional familiarity dictate your formation. It’s a team game, after all.

It is true that if players are unfamiliar with their role or tactics, they can perform badly. However, most players can adapt to your chosen playstyle as long as it’s reasonable. Often, if you play to the team it will bring out the best in your players and the positives will outrank the negatives.

Don’t Spend All Your Money

“It’s a limit, not a target.” The first rule dictated by every driving instructor is surprisingly valid in Football Manager 2021. When you are given money to spend by your board in order to assemble the best squad, despite many managers’ beliefs, it is possible not to spend it all.

Depending on your goals for your time in charge, you may well be better suited at looking at the long-term success of the club you are managing rather than building the best squad you can build at your current time. While you could push for a mid table place with an expensive signing, it may make more long-term sense to hold off a season and work sensibly.

With several clubs willing to spend big on hopeful success, even spending within budget can make you financially weaker in the following seasons unless you hit instant success. This is especially true if you lure potential talents with yearly wage hikes, and bonuses that you clearly don’t have the ability to pay.

The arrival of multi-season goals can mean that you look at being a progressive, responsible manager that builds success, rather than one that makes rash grasps at glory and then wonders why they are so hamstrung next season.

Football is a cruel sport that latches onto our primal sporting desires and lets us fall into love with those people who made the game worthwhile. And while latching on to these club heroes is very much the poetic point of sport, it doesn’t help you win games.

Whether it is the first player you signed, or an ailing legend, sometimes you need to get rid. Holding onto retiring legends, or turning them into backroom staff hardly ever works out for the best. Take that classic sitcom lesson that you’re their boss, not their friend, to heart.

This may seem rather stupid on the face of it. How could you ever ignore the opposing team in a competitive game? After all, without them there isn’t a game at all. But it’s easy to do, and we’ve all been guilty of it.

When you have assembled a nice squad that fits your style of play, often you can skip past all of the opposition and game prep that you need to do in order to be successful. The game of football isn’t who can play the most attractive football or how can you get lots of good players into one team; it’s about getting the ball in the net and winning.

If you play so insularly, you may find that the opposition was set up in such a way to ruin your so-called perfect line-up. There are some elements in Football Manager 2021 that feel a bit like a game of rock, paper, scissors – and there is no point smashing your rugged piece of paper repeatedly against their pair of scissors.