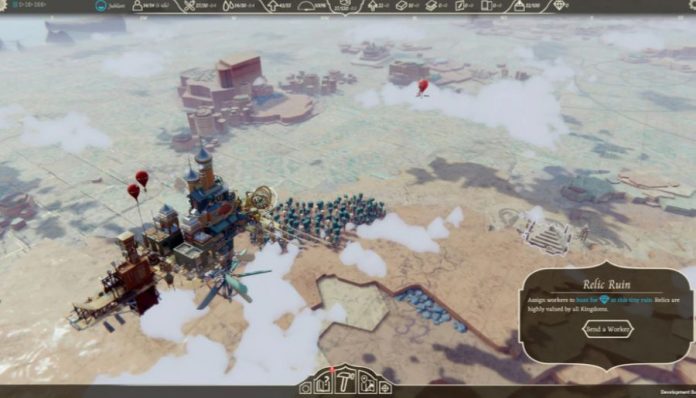 If you can’t count coal, you probably shouldn’t be in charge of a floating city. That’s the harsh lesson Airborne Kingdom taught me as my flying metropolis smashed into a hillside.

The premise behind Airborne Kingdom is that, once upon a time, the world was overseen by a city in the sky, whose inhabitants imparted knowledge and wisdom to all. Hence, your nameless benefactors have charged you with restoring the world to its former enlightened state by recreating the city. Granted, it’s like saying sleeping in Stephen Hawking’s shed will make you a genius, but as stories go, it’s a start. Unfortunately, that’s about as complex as this tale gets.

There still buckets of fun to be had constructing your kingdom, as long as you remember running out of coal, the resource that keeps your city aloft, is bad. You get to watch it grow from a couple of buildings to a roaming, if ramshackle, town; think Bioshock Infinite’s Columbia, by way of The Chuckle Brothers.

The more thought you put into your endeavour and the more research you undertake, the more self-sustaining your city becomes. It’s a neat way of penning you in; there’s nothing to stop you flying your city across the ocean, but until you can convert wood in to charcoal, the lack of coal-bearing islands means you won’t get far.

Instead, you spend the first hour or so pottering around Airborne Kingdom‘s opening area, mulling over whether or not to mould it into a suspiciously phallic shape, or construct it in such a manner that your inhabitants don’t hate every fibre of your being. Symmetry isn’t your friend, because the building and features vary by weight. 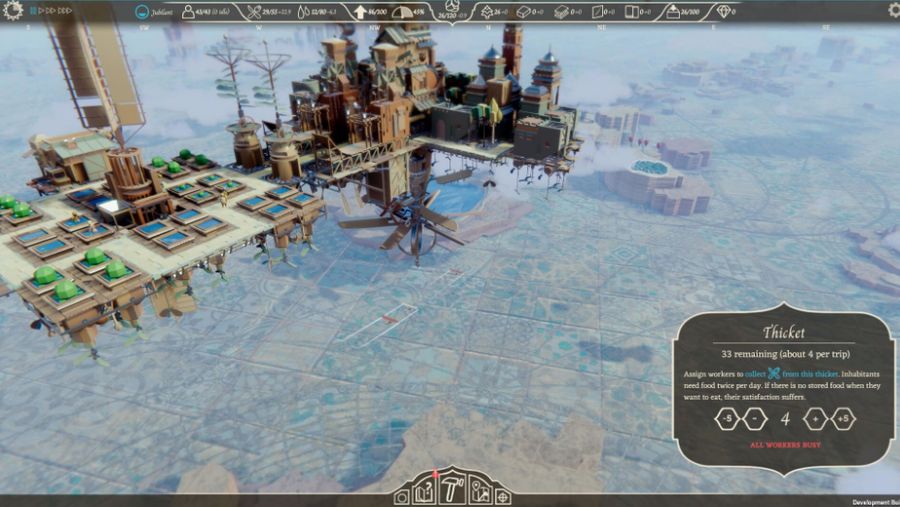 Yes, your populace will grumble if you build a batch of houses next to a smoke-spewing micro-refinery, but it’s also a bad look when your city is listing so heavily they have to superglue their possessions to the floor. Airborne Kingdom will, wisely, stop you from adding buildings that will tip your city. Your creation is unlikely to match the scale of Columbia but there’s beauty to be found in Airborne Kingdom; the architecture echoes the stylings of the Ottoman Empire and some of the technologies border on steampunk.

But no matter how much you fine-tune your city, it’s only a matter of time before you realise how repetitive Airborne Kingdom‘s core loop is. In order to complete it, you have to get every single major kingdom on board, both figuratively and literally. So you float over to your first kingdom and discover that they want you to find a lost patrol. Actually moving around the map can be infuriating; the kingdom may have marked a location on your map, but you can’t just click on the target and sit back.

Instead, you have to click in the general direction of your objective, overshooting a couple of times before you actually get there. But eventually you make it, you take them back to the city and, er, that’s it. You build a sky post (just a case of having the right resources) and the kingdom is on your site. The other tasks you’re given are just as tedious and scarcely result in more than a pat on the back. 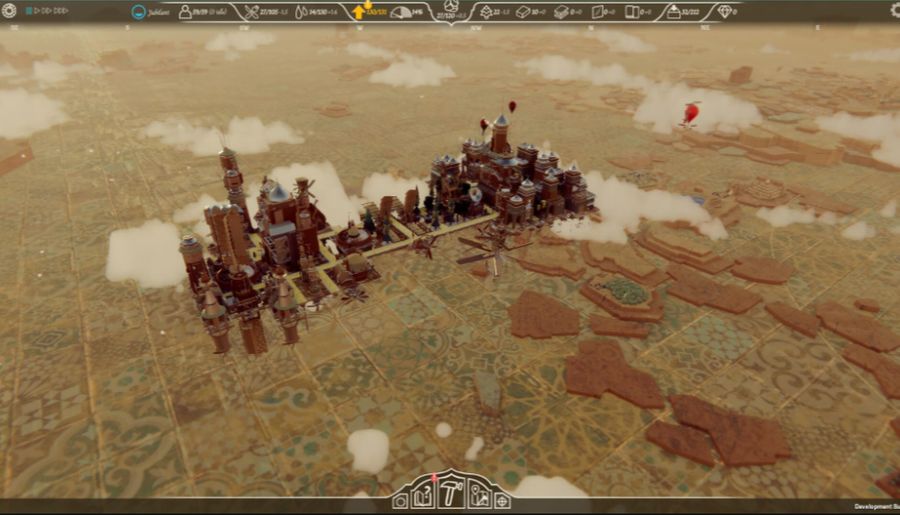 Sure, you might not have constructed The Great Sky Wang (TM) but the kingdoms seem utterly unperturbed by the existence of your city. If a modern-day superpower had the means to construct a massive, mobile sky-base, you can bet every other nation would be on edge. But in Airborne Kingdom, on the rare occasion people are happy to let you rule them, all you need to do is complete another cookie-cutter quest.

The more you push on into other lands, the more you realise that’s all there is to the game: gathering resources and running errands. There’s no diplomacy, no conflict, no real  momentum to Airborne Kingdom, little to shake things up. The same could be said of Sim City or Cities: Skylines, but both those titles have a depth that Airborne Kingdom is lacking.

Ultimately, Airborne Kingdom will keep you engrossed for a few hours, but it runs out of steam before it can reach the lofty heights it aspires to.

Airborne Kingdom is available on PC. We reviewed the game with a code provided by the publisher.