Casey Hudson, BioWare’s general manager and Mark Darrah, executive producer on the Dragon Age series have announced they will be leaving the studio.

Both Hudson and Darrah were long-term members of BioWare, though Hudson previously departed the studio and returned after a three year absence. Apart from being Bioware’s GM, Hudson was the project director on the original Mass Effect trilogy. The studio, which has been making games for 20+ years, was purchased in 2007 by Electronic Arts, with EA retaining the BioWare brand.

The pair issued statements regarding their departure, praising the studio and expressing their confidence that BioWare have will continue without them. Darrah’s statement acknowledged that the studio has faltered a little, presumably referring to the mixed fortunes of Anthem and Mass Effect: Andromeda.

“BioWare has always been about telling emotional stories through characters. We have wandered away from this central guiding pillar at times, but I am confident that the next Dragon Age will show that we remain committed to this kind of game.” 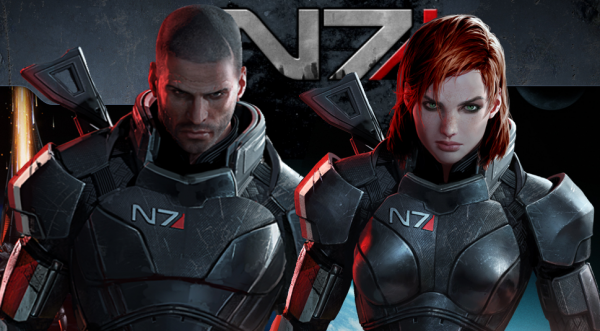 EA Chief Studios Office Laura Miele issued a similarly upbeat statement, touching on the studio’s future and their upcoming search for a new General Manager. She stated that Samantha Ryan would continue to oversee the studio and ex-Blizzard staffer Christian Dailey would be managing the Dragon Age series, including the in-development Dragon Age 4.

So should BioWare fans (and employees) be worried? As notable as Hudson and Darrah have been, each Mass Effect and Dragon Age game represents the work of many, many employees; their departure doesn’t automatically spell doom for the studio. That said, Electronic Arts does have prior history of purchasing studios and folding them into the company or, in some cases, shuttering the studio entirely.

Whatever the future, we wish Hudson, Darrah and Bioware the best of luck.