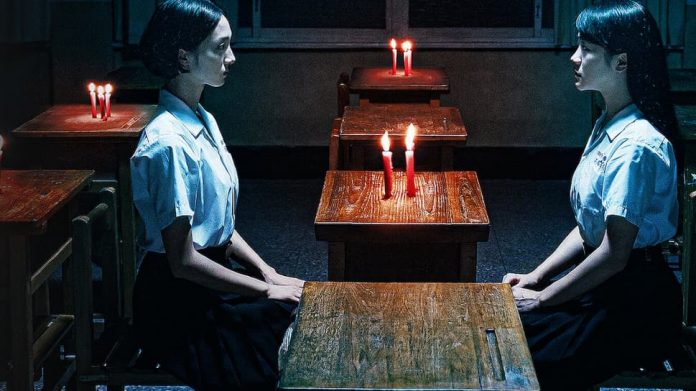 Set in 1960s Taiwan, Red Candle Games’s Detention explored not only the supernatural but the more human horrors of censorship and betrayal. But thanks to Netflix and Taiwan Public Television Services it’s an eight episode series, now available on the streaming site.

We gave Detention‘s PC incarnation an outstanding 9 out of 10, calling it “one of the most chilling and disturbing games you’re likely to encounter, rivalling even the much-vaunted Silent Hill 2 in the survival horror stakes.”

The series takes a few minor liberties with the subject matter, but looks to deliver the same kind of unsettling scares that the game did. Short of making the characters look like paper puppets, there’s little else the series could have done to mirror Detention’s original aesthetic.

We’re also hoping that this adaptation delivers a much-needed win for Red Candle Games. After releasing Detention, the company put out Devotion, a more family-focused horror title, which arrived on Steam in 2019. Unfortunately, its release was short lived; the game featured text that could be seen as mocking Xi Jinping, China’s political leader, and Devotion was pulled amidst the controversy. The game has yet to return to Steam.

You’ll need a Netflix subscription if you want to watch Detention, but if you’re on the fence you can check out the trailer below.