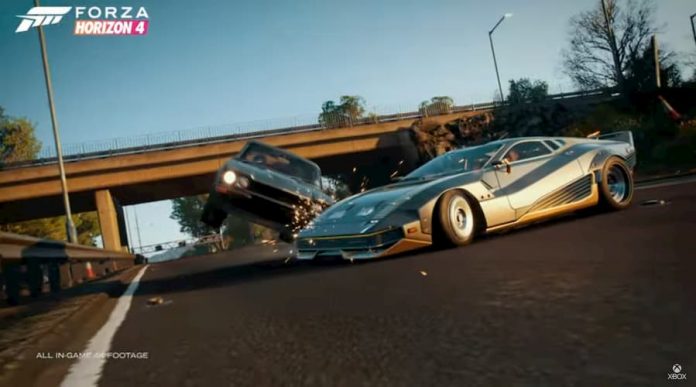 Forza Horizon 4 is getting a Cyberpunk 2077 crossover, meaning you’ll be able to leap into the driver’s seat of a Quadra Turbo R V-Tech and nearly hit a sheep.

You will have to win the car first, by completing an in-game “Night City” labelled race. But once you’ve won, you can drive it around to your heart’s content.

It’s a neat little crossover, especially you’re not expected to fork out money for the car, unlike Gears of War 5 where you had to pay money to advertise Terminator: Dark Fate.

We’ve yet to get our hands on the car but, between this and the Forza Horizon 4 Lego Expansion, we’re sorely tempted to dive back into Microsoft’s Xbox One open-world racer. That said, we hope it’s just Cyberpunk 2077’s car the game has borrowed. We wouldn’t want to be standing on the winner’s podium only discover our driver’s genitals are clipping through their clothes.

If own Forza Horizon 4, you can race for Cyberpunk 2077’s car right now. Or, if you’ve not purchased it, it’s available to download through Xbox Game Pass. And you can find out exactly what we thought of Cyberpunk 2077 with our review.

Get 3 Months Game Pass at CDKeys 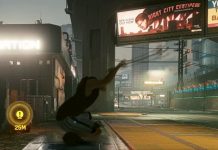