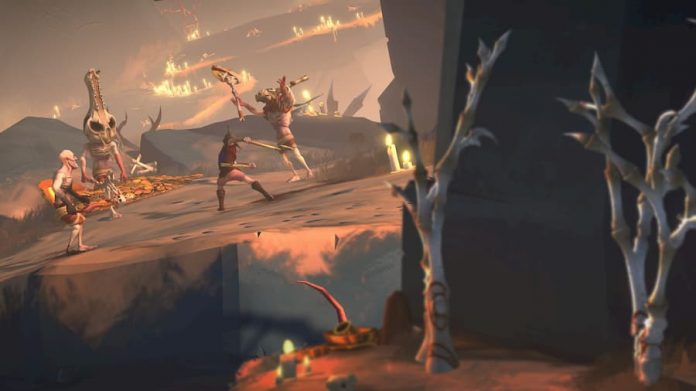 We seem to have been inundated with Rogue-likes recently. But providing they’re good, it doesn’t really matter, does it?

Manchester-based studio Clever Beans, which has previously worked on titles such as Wipeout Omega Collection, is readying up its entry into the Rogue-like genre for launch in January. Gods Will Fall will arrive on PS4, Xbox One, Switch, PC (via Steam and Epic) and Google Stadia on 29th January, priced at just £24.99.

A strictly single-player game blending action RPG and Rogue-like elements, Gods Will Fall sees players taking control of a band of Celtic warriors who find themselves shipwrecked on a mysterious island. To escape, they need to track down the entrances to ten dungeons spread across the island, and defeat the gods that await inside. It won’t be a walk in the park, however; before the Gods do indeed fall, you should expect to fall yourself many, many times.

To keep Gods Will Fall fresh every time you play, your band of eight Celtic warriors is randomised. While the layouts of the dungeons that house each God will remain the same, the enemies and other certain aspects within them may be different. You see, each time you play, the difficulties of the dungeons are also randomised. One dungeon might be easy on one playthrough, throwing at you its weakest enemies. On the next, it could be bone-crushingly difficult. It’s up to you to weed out the easy dungeons and perhaps complete them first – the loot and morale boost you gain from doing so could help conquer the harder ones on the island.

It’s important to note, however, that these aren’t your typical dungeons. While you may seemingly enter a cave to explore its depths, each dungeon entrance is actually more like a portal, whisking you away to a faraway realm. It means that Clever Beans has had a bit more creative freedom when it comes to dungeon design. They’re not all dank and dingy caverns; some of these dungeons are bright and expansive, and they all have little quirks that make them unique. 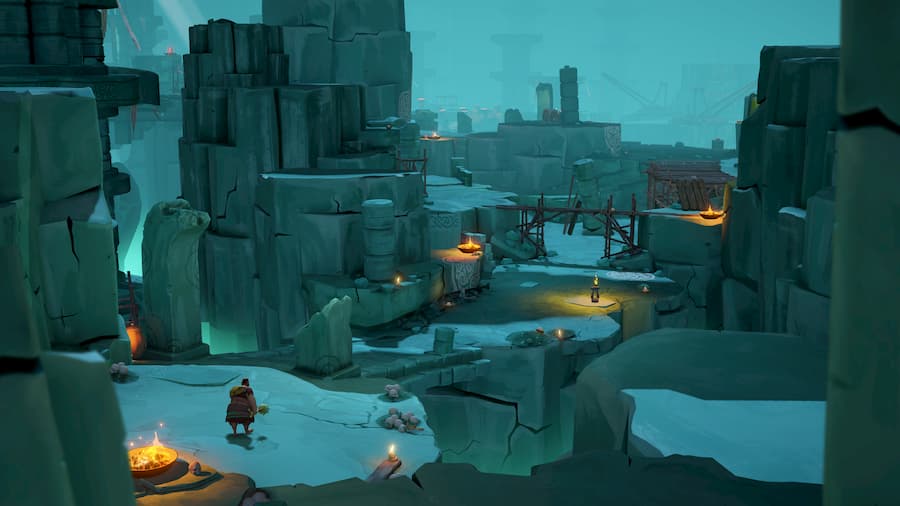 Upon choosing a dungeon to venture into, you’ll find that you can only send in one warrior at a time; its stone doors will close when someone enters, locking all other survivors out. And so beating each God must rest upon the shoulders of just one warrior. Who you choose to send in, then, is important. You’ll find that each warrior has their own strengths and weaknesses, as well as one of numerous weapons. Matching the right warrior to the right dungeon could mean all the difference between success and defeat.

As warriors battle their way through dungeons, they will of course encounter many of the Gods’ minions. They can dispatch them with light and heavy attacks, but they must be careful as enemies hit hard. To keep players on the offensive, defending is out of the question, and players can’t lock on to opponents, either. What they can do, however, is dodge and parry. As minions are defeated, the God of the dungeon will also be weakened somewhat. Needless to say, those who wish to speedrun Gods Will Fall, running past enemies on their way to the boss, will have their work cut out for them. 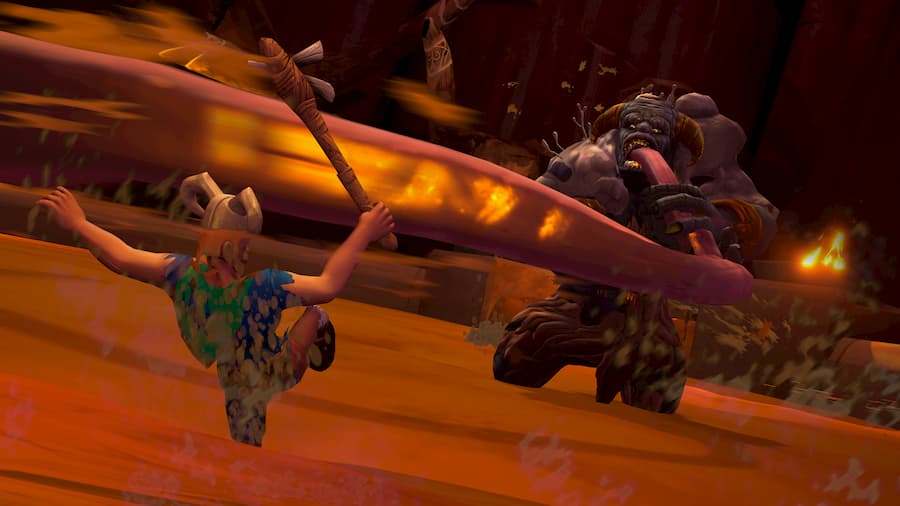 Gods Will Fall has a pretty cool risk versus reward system, too. As players attack enemies they build up Vigor, which can be converted into health by unleashing a Celtic Roar. The more Vigor you accumulate before unleashing a Celtic Roar, the easier it is to further build it. And those who unleash a Celtic Roar when their character is visibly emanating Vigor will find themselves blessed with additional benefits for a short while, including increased damage.

Having seen the game in action via a hands-off demo, Gods Will Fall does indeed appear to be rather challenging. The Gods hit hard. With permadeath being present in the game, thankfully defeated warriors are generally trapped rather than killed outright, allowing other warriors to perhaps free them if they instead can best the dungeons the others have failed in. If a warrior does fall in a dungeon, however, it will have an effect on the rest of the team. Waiting outside for their friend to return, if the door to the dungeon opens up and no-one emerges, they’ll know that tragedy has fallen. Some of the remaining warriors might fall into despair, though others may be fired up, keen to free their friend and get revenge. 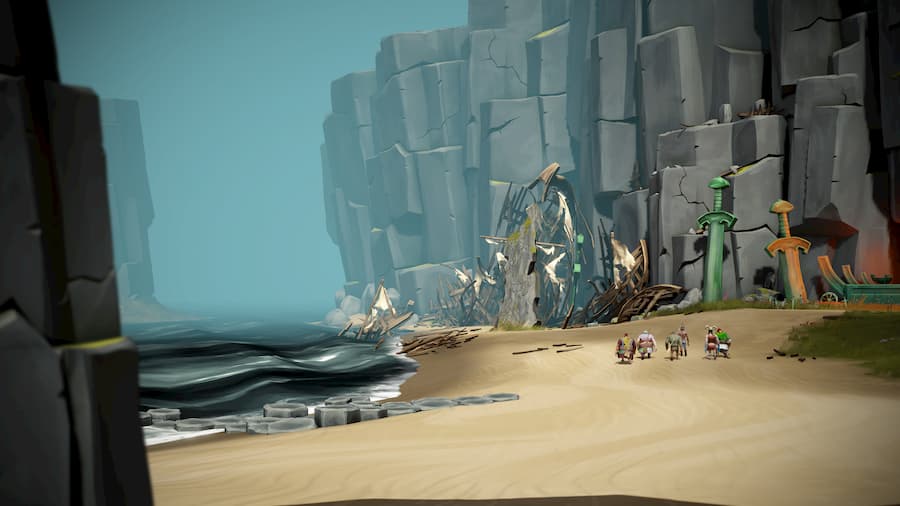 Clever Beans is hoping that this emergent type of storytelling will hook players, getting them to go back time and time again. Chances are players will find all of their warriors trapped, or indeed killed, many times before they finally conquer all ten bosses in one run. The developer hopes that on each run, players will become attached to their refreshed band of warriors, and will enjoy seeing them grow and take delight in their success, and feel sorrow when one becomes trapped or dies. Their characters’ stats and abilities changing accordingly.

While a full playthrough of Gods Will Fall will likely last only a couple of hours once players have mastered its mechanics and learned every trick under each boss’ sleeves, it’s expected that players will put in at least 10-12 hours of play to get to get to that stage. Though of course, it will depend entirely on skill level. If you feel up for the challenge, be sure to check out Gods Will Fall when it launches in January. 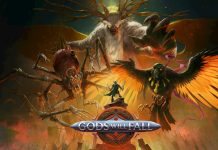 Gods Will Fall is a Dark Fantasy Action Game, Out in January