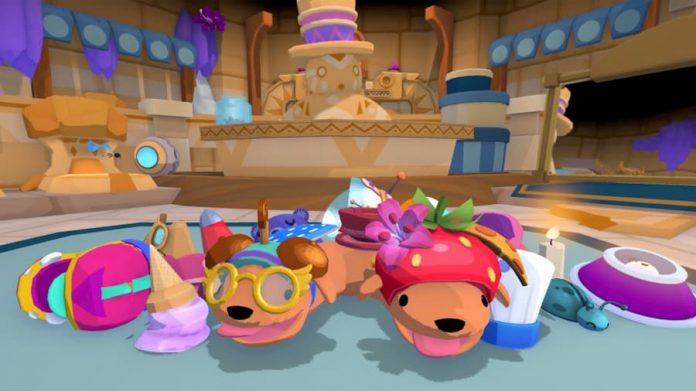 Have you ever seen anything as disgustingly cute as PHOGS?

Quite possibly not. A colourful and quirky puzzle game, PHOGS has you taking control of two dogs. Or is it one dog? Either way, it’s a fleshy sausage of canine adorableness with a dog head either side of it. Known as Red and Blue, the two ends of that floppy doggo must work together to solve a myriad of puzzles across three distinct worlds.

PHOGS is designed to be played in co-op, with two players each taking control of one end of the dog-sausage. You can move, grab onto things with your mouth, and pull. It’s a limited moveset, but it’s all you need to make your way through PHOGS‘ 24 levels. Of course, if you’re playing in co-op, that means working together with your second player. You’re attached to each other, after all, so you’ll need to communicate on everything, from which direction to move in, to how to solve one of the game’s many puzzles.

This is a puzzle game first and foremost, so you’ll need to put your thinking caps on. There’s nothing too tricky; Red and Blue’s limited abilities mean that there are few possible solutions, and everything you need will always be readily available in the environment. You’ll find yourself up against similar puzzles multiple times, with each world having recurring themes. In the Sleep world, for instance, you’ll frequently need to use glowing orbs – ‘glorbs’, naturally – as a light source to illuminate areas. Shining a light might make an obstacle disappear, for example. You’ll also find yourself needing to manipulate water and air, amongst other things. But whatever the puzzle, you’ll need both dogs to beat it. 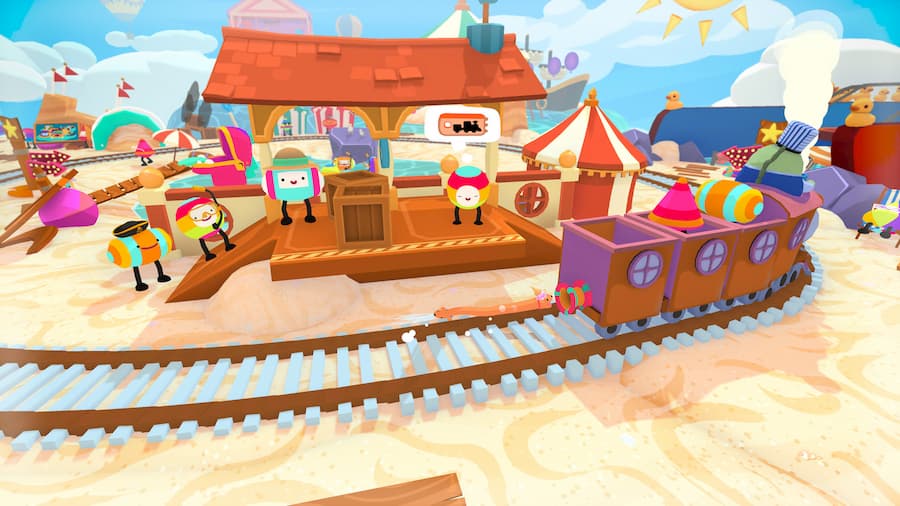 While you can play PHOGS in co-op, either online or locally, it’s perfectly playable by yourself. Single-player controls are well implemented, and it’s pretty easy to get to grips with. The left thumb-stick controls one end of the doggo, while the right controls the other. Both sets of shoulder buttons and triggers control each dogs’ ability to stretch and bite independently. Having full control is often easier than working together with someone else – but then fighting over what to do or where to go is half the fun of playing. It’s a different experience whether you tackle PHOGS alone or with a friend; but either way is rewarding.

The game’s levels are surprisingly lengthy, though some of them do outstay their welcome. It perhaps would have made for a more focused, enjoyable adventure had puzzle elements not been reused. The first time you have to remove a noisy alarm clock to let a giant go back to sleep, for instance, is wonderfully inventive. But going on to use the same twist several times grows a bit stale. It doesn’t help that the noise of said alarm clock is horrendous. 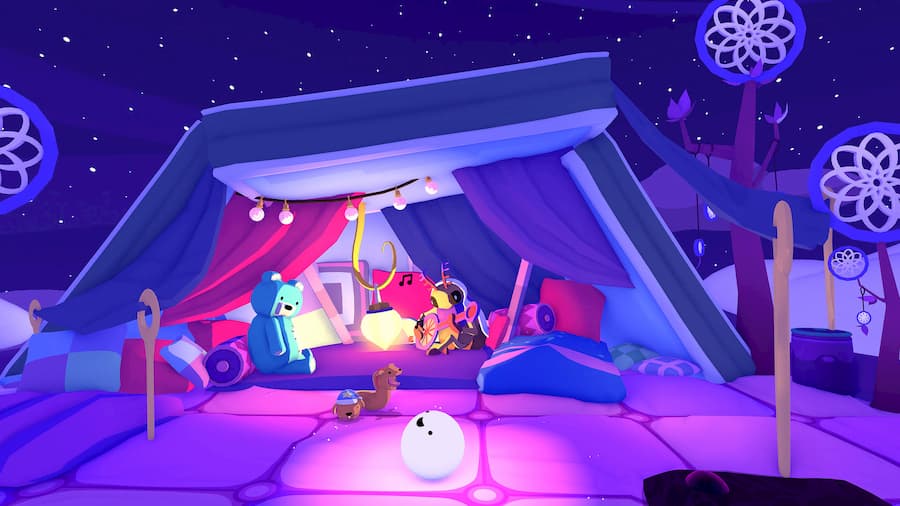 There are some truly enjoyable puzzles to solve throughout PHOGS, though. Using both doggo heads to swing across gaps is always fun, and some of the more inventive puzzles in Play World are rewarding to complete – like the mini golf level, or guiding a ball around an obstacle course by activating and deactivating fans. The arcade level deserves a special mention, too; Red and Blue enter into various arcade machines to complete minigames. PHOGS‘ take on pinball, skittles and air-hockey, amongst others, are all entertaining.

Outside of the main puzzles, there are secrets and collectibles to be found. Every level has a number of hidden ‘Golden Bones’, and collecting them allows you to buy a range of funky hats for your dog. The hats are purely cosmetic, but finding all the bones at least provides a reason to go and revisit levels. Some of them are tricky to find, and you’ll need to use your best dog-scouting skills to track them all down. 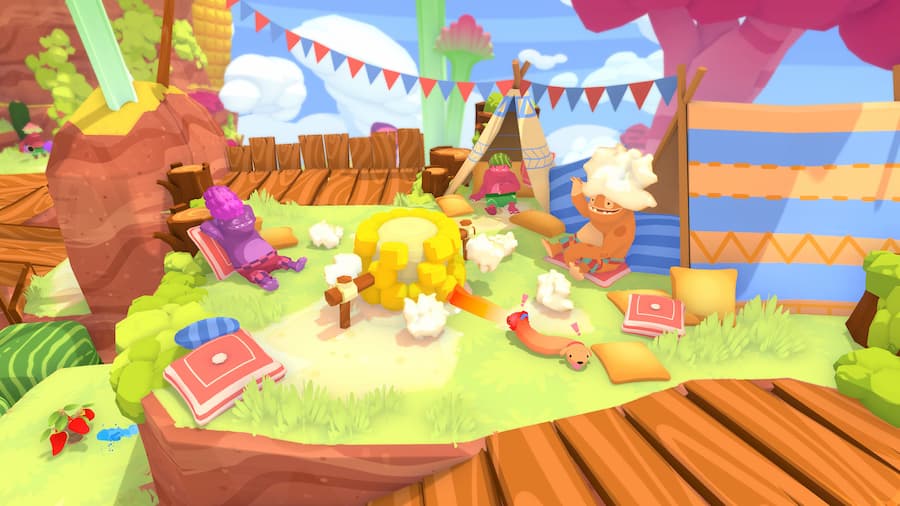 Though PHOGS claims to be a physics-based game, your dogs don’t always behave in the way you’d expect them to. If you’re playing in co-op, this of course requires both players to be on the same page with their inputs, but there are numerous occasions where something as simple as bouncing upwards doesn’t yield the results you’d expect. As such, the doggo can be a little unruly to control. It rarely gets in the way of puzzle solving, but it can be a little frustrating from time to time.

Ultimately, PHOGS’ greatest weapon is just how freakin’ adorable it is. Once you’ve seen those two happy doggo faces, there’s no going back. The environments are wonderful, too; the game’s quirky art style never fails to put a smile on your face. The gameplay itself, however, doesn’t always quite live up to those same heady heights. There are some terrific and unique puzzles, but not all levels have been created equally, and some of them outstay their welcome. This double-headed doggo adventure has plenty to offer, but you’re best off playing in short bursts.

PHOGS is available on PC, PS4, Xbox One and Switch. We reviewed the Xbox One version of the game (played on Xbox Series X) with a code provided by the publisher. 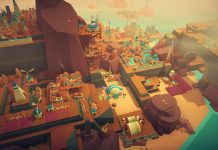 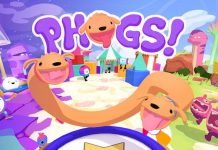