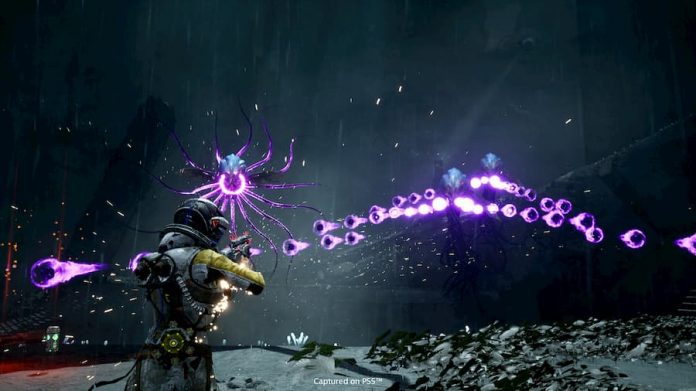 Returnal isn’t, despite the name, a follow-up to Metal Gear: Revengeance, though the body count’s likely to be just as high as Raiden’s slash-em-up outing. Developed by Housemarque and first revealed during Sony’s June’s PS5 stream, it’s a third-person sci-fi shooter about an astronaut who finds herself stranded on an unfamiliar planet.

She quickly discovers she’s sharing the world with creatures who aren’t too happy to see her. In order to survive, she has to blast her way across the landscape, using a variety of futuristic weapons. The twist is that every time she dies, she wakes up alive and well. Is she really reliving the same time period over and over again? Is she already dead? Or did she lick an alien artefact just to see what would happen?

None of these questions were answered by Returnal‘s latest trailer, which was shown at 2020’s Game Awards. However, the trailer does reveal it’ll be released on March 19th 2021. You can check out the new trailer below. But we still think it should have been called Groundhog Die.