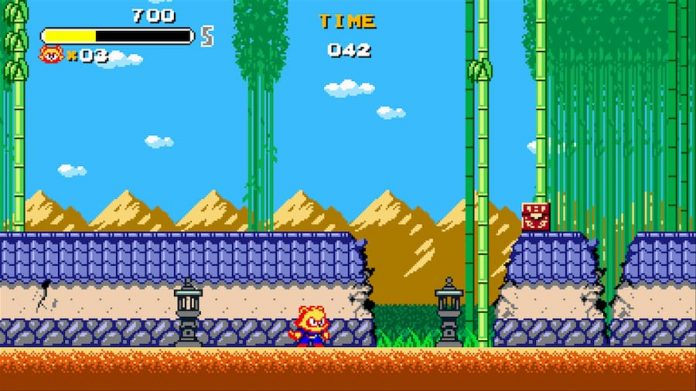 These tanuki are anything but the soft, adorable creatures we see in the zoo.

Although, we have no way of knowing that real-life tanuki don’t have shurikens hidden in their fur. We just assume they don’t. You definitely won’t assume it anymore after you load up Tanuki Justice, a run ‘n’ gun platformer from No Gravity Games that’s just launched on Nintendo Switch.

In the game you play as a tanuki brother and sister living in feudal Japan. With an incredibly retro feel to it, players will venture to different environments fighting their way through hundreds of enemies. You won’t just be taking out the little guys because Tanuki Justice has regular enemies, mini-bosses and, the baddest of the bad, big bosses.

In the trailer, which you can watch below, you can see the main characters taking on enemies as well as difficult platforming challenges. Players will be forced throw their powerful shurikens while dodging fire balls, fighting giant dragons, and more. All while performing incredible platforming feats.

Tanuki Justice is available now on Nintendo Switch. You can grab the game for 20% off right now or 40% off if you own and any of the other No Gravity Games.

Check out the trailer for Tanuki Justice below.