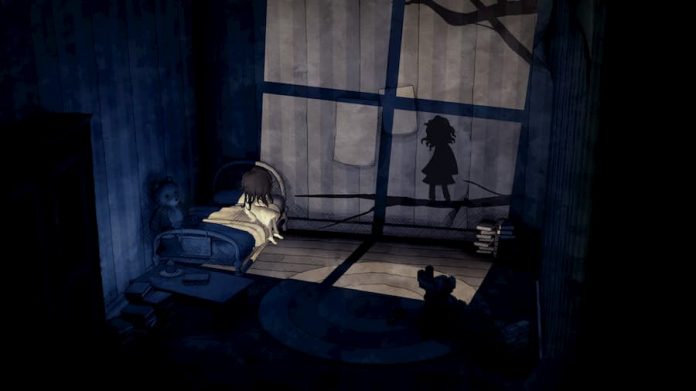 No one truly likes to be alone, do they?

It’s perhaps why the little girl in Shady Part of Me finds solace in playing with her shadow. Although it’s ironic given that she’s frightened by light; without it, her new companion wouldn’t exist, after all.

A narrative puzzle game, Shady Part of Me is mysterious to say the least. It begins with its little protagonist waking up in a building that seems abandoned. But it’s not a home, somewhere that seems warm and full of love. It appears clinical. Perhaps it’s a ward of some kind? And as any little girl would do waking up somewhere where she’s all alone, she gets to exploring.

You’re in control of the little girl, of course, so where she goes is up to you. But there’s just one rule; you can’t take her into the light. Try and walk into a patch illuminated by sunlight, or even an artificial light, and she’ll refuse. Even worse, if a light suddenly shines on her, she’ll curl up and shut down, crippled with fear. Thankfully there’s a handy time rewind feature that allows you to go back to a time where she was safe. Or you can simply revert to your last checkpoint.

It’s when the little girl meets her shadow that Shady Part of Me truly begins, however. Working as a team, they can truly make a bid for freedom, overcoming any obstacles that stand in their path. And there are lots of them. But there are trust issues. 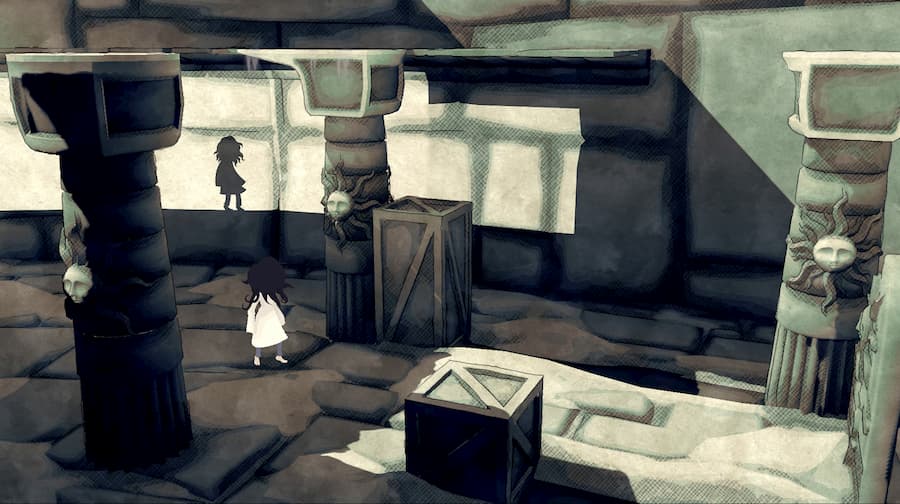 With just a press of a button, you can quickly switch between control of the little girl and her shadow. As the little girl, you explore the world in 3D, so you can move in and out of the screen. Switch over to the shadow, and you’ll find that you’re confined to a 2D plane.  Primarily, then, you’ll be interacting with objects in the foreground with the little girl, and doing a spot of platforming with her shadow in the background. Sometimes the shadow can have an impact on the foreground, too.

It’s not long until Shady Part of Me really settles into its shadow-based puzzles. As the little girl, you’ll often find yourself moving objects around in front of lights in order to create shadowy platforms for your friend in the background. The real challenge comes when you need to carefully co-ordinate the little girl and her shadow companion. You might need to change from one to the other multiple times in quick succession, leaving them standing on specific objects to navigate a maze of vines, for example.

With ruts generally defining where objects can be moved to, and the handy rewind feature allowing you to quickly undo any mistakes, the puzzles of Shady Part of Me are never too taxing. The difficulty certainly ramps up as you progress further into the game, though, with new elements coming into play – such as your shadowy companion defying gravity. You might find yourself scratching your head from time to time as you wonder how something can be achieved, like getting your shadow over or through a block that’s three times her size, but it’s never long until you have an eureka! moment and can carry on your journey.

It helps that Shady Part of Me is a pleasure to look at and listen to. Its colour palette is muted, but the visuals have style. There’s also a varied range of environments to make your way through, often verging on the surreal. And accompanying it all is a beautiful soundtrack that, along with the visuals and nature of the narrative, creates a very sombre tone. If you’re a fan of HBO’s Game of Thrones, you might notice the voice of Gilly in Shady Part of Me, too. Hannah Murray brings both characters to life rather well. 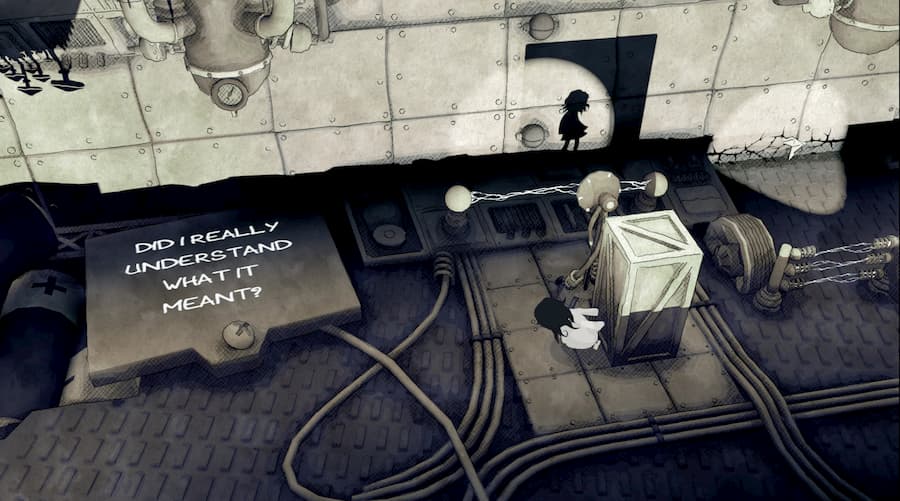 It’s just a shame that even though Shady Part of Me isn’t a very long game, it eventually begins to feel a little repetitive. The lack of gameplay variety means your attention may begin to wander, and you might end up getting a little bored of it. You’ll perhaps want to go back though, to see the little girl’s adventure to its end. Only rather than doing it in one or two sittings, which is entirely possible, you might do it in six or seven or even more. I found it much more fun to approach in small doses.

If you’re after a new puzzle game to play, you’d be wise to consider Shady Part of Me, especially if you’re drawn to its moody aesthetic. Just be aware that it probably won’t hold your attention with a vice-like grip due to the repetitive nature of many of its puzzles. While it’s not a long game by any means, you’re more likely to enjoy it over numerous sittings, rather than being glued to the screen from beginning to end.

Shady Part of Me is available on PS4, Xbox One, Switch and PC. We reviewed the PS4 version (on PS5) with code provided by the game’s publisher. 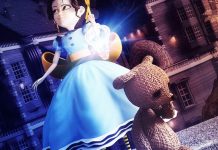